to The Gold Mine

This is a great picture of the Bay Country Club as this building was known until 1970. The private members club was on the first floor with roller skating, dances etc on the ground floor.

The Bay Country Club, looks like a very early picture just look at those cars

The building was bought by Stan and Jayne Barrett in 1970 changing the name to The Goldmine in 1972 when it became a night club. 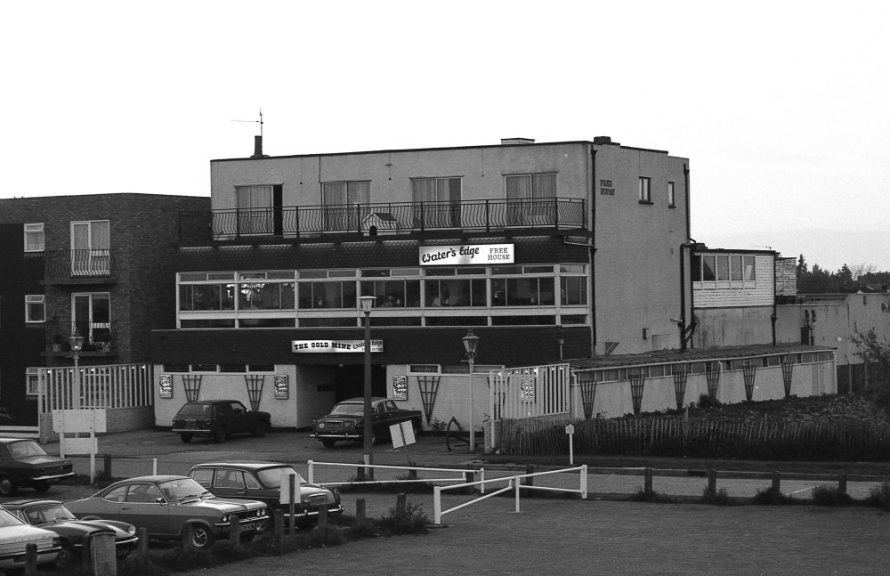 The building was demolished in 1990’s making way for housing