This picture came to me some time ago from the Jackie Barnes collection. Her father used to run an antiques and junkshop in Benfleet High Road and he had quite a collection of local images acquired from house clearances. This Canvey image has long puzzled me, as nobody I asked could identify it. Does anyone know where and what it was? (Or maybe is?) There seems to be smoke coming from the tall thin chimney… 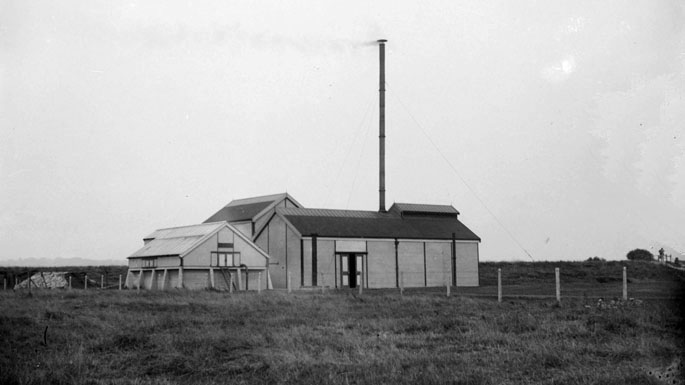 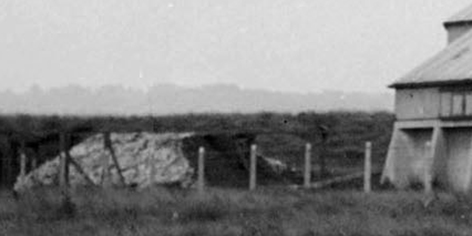 Hi, Dave and Graham. Following your comments I’ve had another look at the original scan and I have enlarged two parts of the image. To the left behind the building could that be a small boat? Unless it’s a very low cloud bank, that could be the Benfleet Downs in the background? 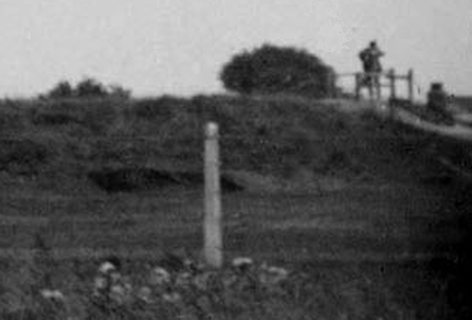 Extreme right in picture shows someone looking out. Could that be several shrubs the other side of the wall? Robert

Update** (Ed)Could this answer the question. If you mirror image the picture it matches the building in the picture below which is from the Point area. The bottom left corner is the roundabout at the Point with what is now Point Road going off to the right. 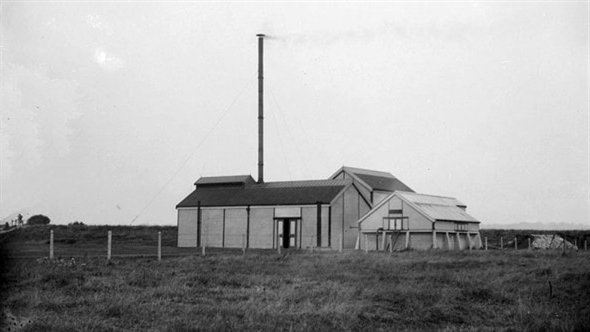 The same picture but mirrored. 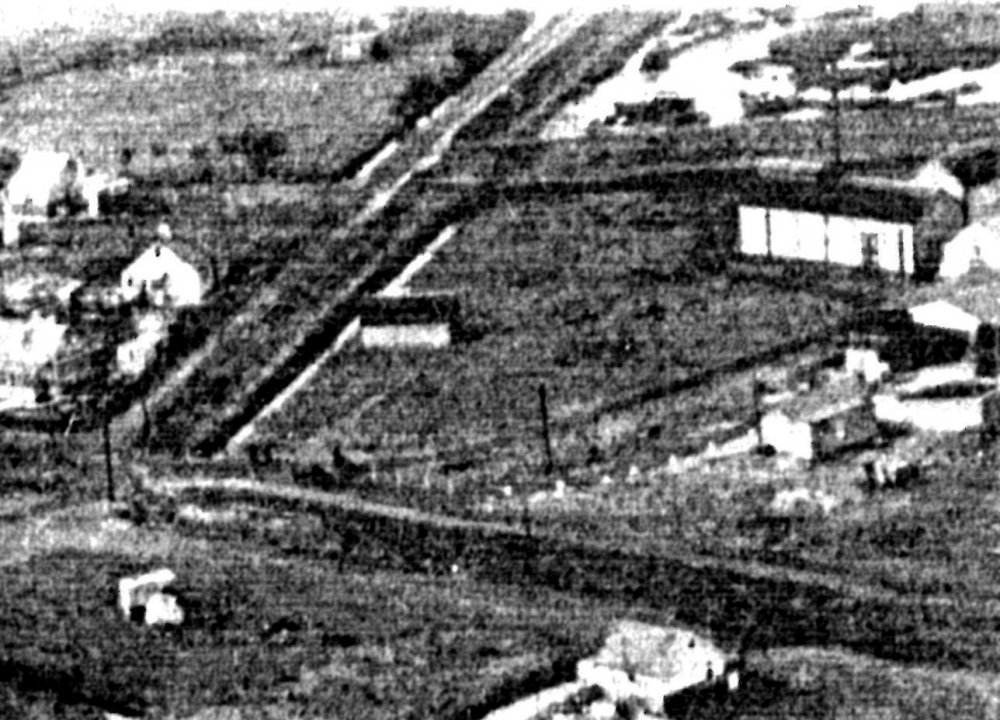 Identical building with chimney in the 1930’s. Sorry it is grainy 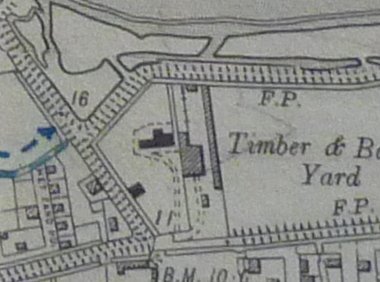 This is from the 1930’s map showing where the building was situtated. The wall, Benfleet Downs everything in its right place. The man pictured would be standing about where the junction of the wall is.

What do you think?