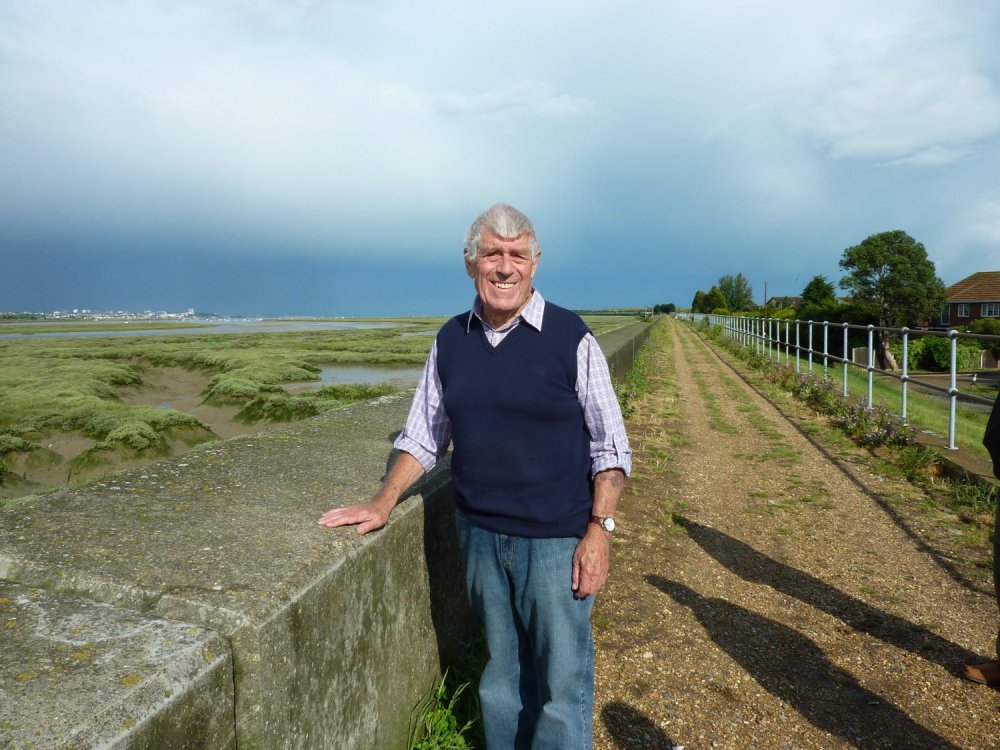 Dad built the bungalow next door, that was- well, we came down in ’35 so presum­ably it must have been – I was born in ’33 so it must have been ’34, ’35… I don’t know how much of a rush it was to build it. I did have some photos but I think they were all lost in the jloods. We used to have a big old bell tent we used to stay in when Dad was building, and there were Jive houses in this road. Tfiere was Margaret Bragg’s grandfa­ther, he was down the bottom on the left, there was Ronnie Cornell who was opposite, then there was Mr Galviu, up the top and David Cown, and all the rest was fields, and dad had a couple of goat sheds and chicken runs here. I used to moan a bit when I come home from school and mum would say, “You’ve got to go out and cut the grass.” We used to go out with a scythe, and you couldn’t tell between roads and fields, it was just all grass. Dad worked with an old chap that they called Jersey Bert, and he used to cut the briar off the wild roses and push it down the rabbit warrens, and twist and turn it and he’d say, “No, no there’s nothing down there,” and he’d try another one and he’d say, “Yes there’s one here,” and he’d wind it up and it used to wind all the fur of the rabbit up then he pull it out and the poor old rabbit was struggling and he’d pick it up and go ‘bonk’ on the head. I think that was the silent way of poaching, there was no noise over the fields, and I think Dad used to do the same with him.