This postcard was published by ‘Bell’s Photo Co Ltd of Westcliff-on-sea’. Trying to work out the age of the postcard or picture proved more difficult. 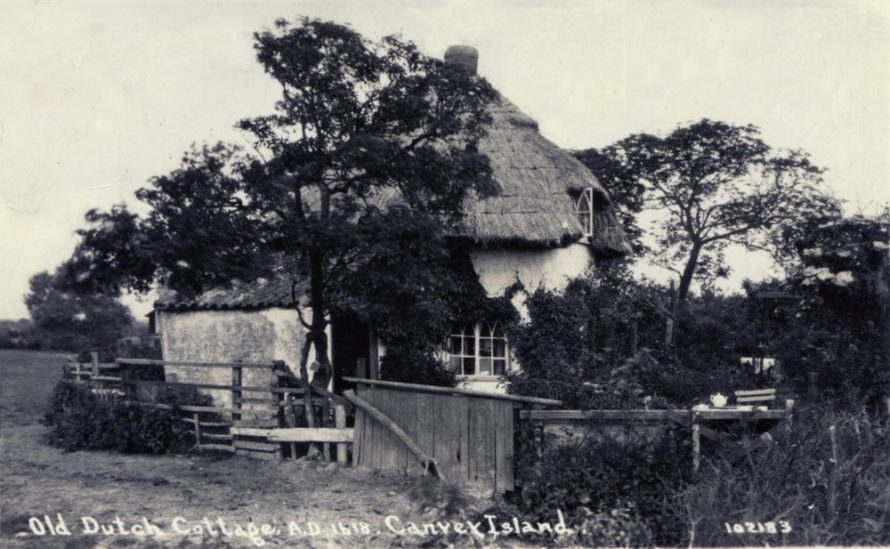 All set for a cup of tea in the garden

From what I can find out about the Bell’s Photo Co’s numbering system would place this postcard or the photo around 1910s-1920s but it was posted sometime between 1937 and 1941. The postmark is from South Benfleet but the stamp, hence the date, has been removed. I do just have a tiny portion of the stamp and from the colour and tiny piece of design I can identify the stamp as King George VI 1d stamp which was in use 1937-1941.

One interesting snippet from the writing on the postcard is ‘Yesterday we had a thunderstorm which lasted 10 mins but so much rain fell that the drains overflowed’. Not much changes does it.