Thomas William Stanford was the proprietor of the Red Cow PH from 1917-1929. 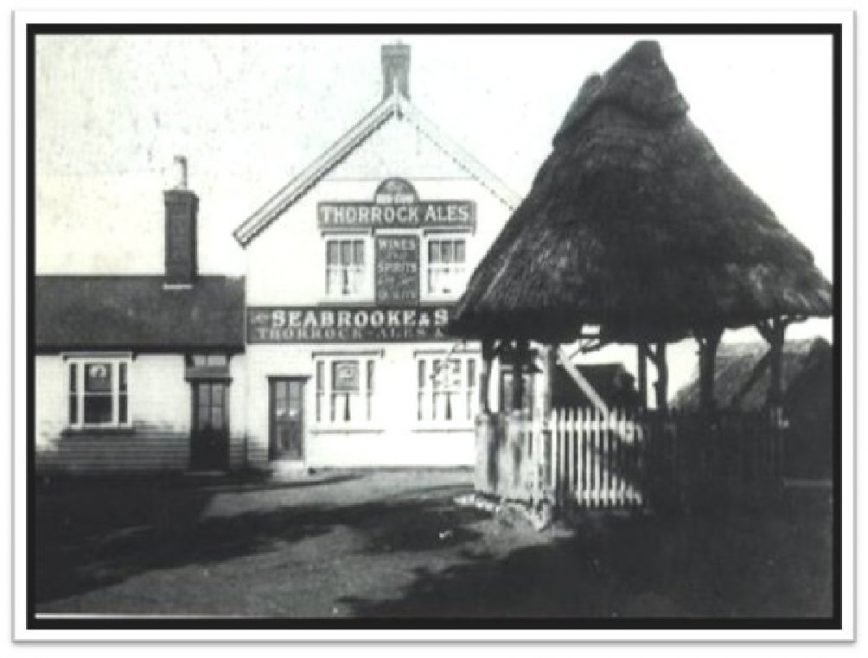 The Grave of Thomas William Stanford and his first wife Laura

Thomas was born in 1867 in Barming, Kent to William and Elizabeth. William and at least one of his sons were attendants at District County Lunatic Asylum in Barming, now called Oakwood Hospital.

Thomas worked as a Stationary Engine Driver in a flour mill until moving to Canvey and taking over the Red Cow PH.

In 1889 he had married his first wife Laura French in Kent where their son William Herbert Stanford was born in 1890 he appears to have been their only child. He died aged 9 and is buried in Dartford.

It was in 1931 that Laura died by then he had retired and was living at ‘Daren Lodge’, Long Rd until his death in 1937. He remarried at St Katherine’s Church in 1932 to Henrietta Emily GIBSON.

Thomas and his first wife Laura are buried in St Katherine’s Churchyard and their son is remembered on their headstone. Henrietta died in 1939.