Reported in the Castle Point Clarion on Wednesday 20th June 1973. 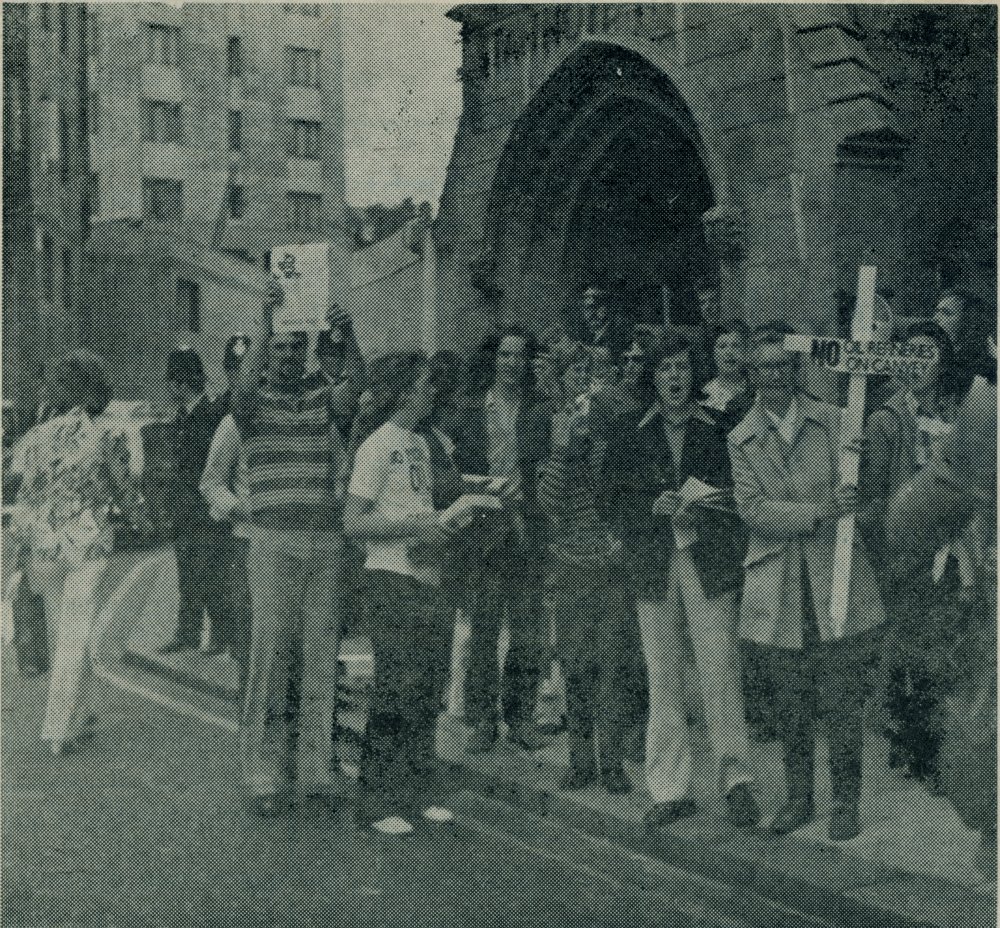 Members of canvey Oli Refineries Action Committee stormed the E.N.I building in Park Lane on Tuesday in a ‘secret’ demonstration. They did not reveal their destination until those taking part were aboard the coach.

Explained an Action Group spokesman: “About forty-five took part. They were a family group. Mr A Abbott Anderson, of E.N.I. said in the past that the people of Canvey were welcome and we took him at his word. After discussion with him we withdrew”

Police had been called to the scene.

Were you there? Are you in the picture? Please comment below 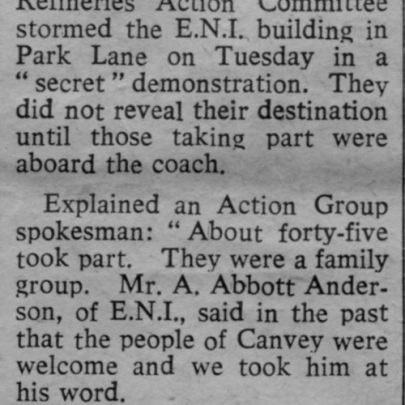