You are here: HomenextHistorynextOil Refinery FightnextCanvey Islanders take to the boats

Canvey Islanders take to the boats

Protest against the oil refinery 1973 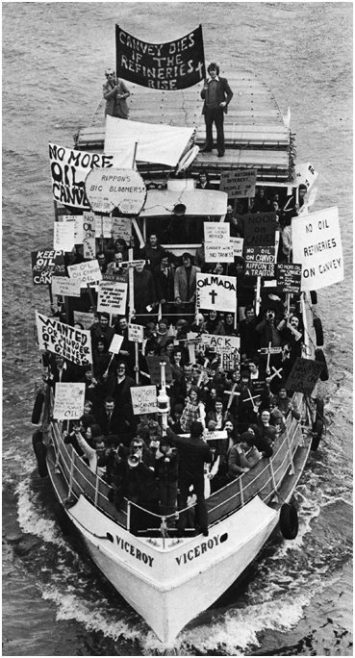 In the 70’s Occidental were building a refinery to the west of Canvey.  I understand it was part of the deal that they built the new road off the Island ‘Canvey Way’. Land down Northwick was sold for the refinery and Northwick Road itself was widened to make way for tankers.  But Canvey Islanders would have none of it.

This picture was lent to us by Robert Hallmann who featured it in his book ‘Canvey Island: A History’.  His caption reads:

I believe the protestors boarded the boat at Tilbury, they went up to London taking a petition to Downing Street. I also understand Wilko Johnson was part of the demo.

Can anyone tell us more?