On the east side of Thorney Bay stands a strange looking building next to the former Council Toilets. The building used to have a sign saying “MOD Property” and in the late 1980’s it was still listed in the Private MOD internal phone directory. The building has a balcony that would have had a clear view accross the Thames before the new higher Sea Wall was built in the 1980’s. 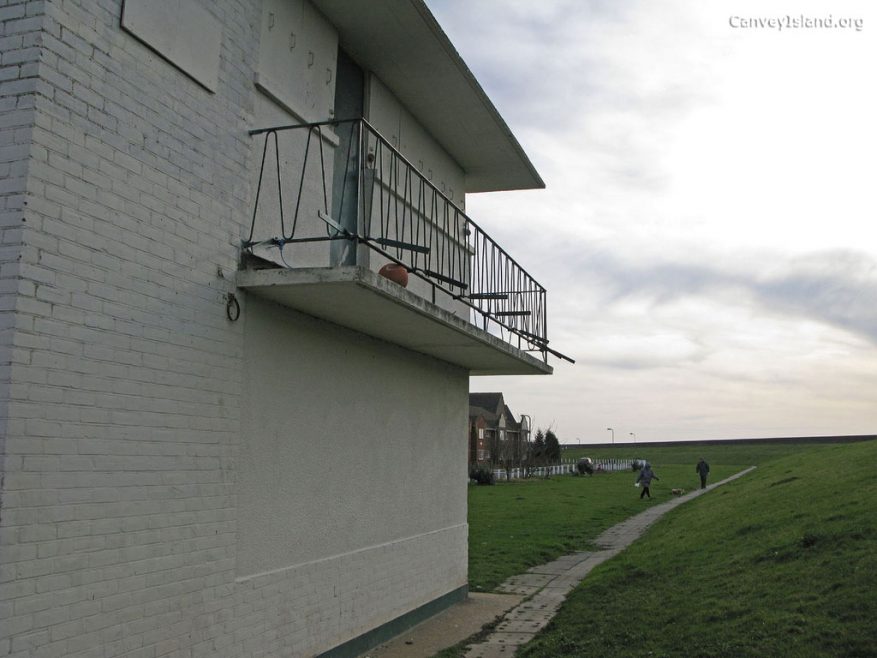 This building hit the news recently as Castle Point Council are trying to sell it along with the adjacent former toilet block (I guess people no longer need toilets). I think they had visions of it selling Ice Creams but it is probably a little too far from Thorney Bay Beach Car Park and to its west side is the popular long established “Welcome Hut”. 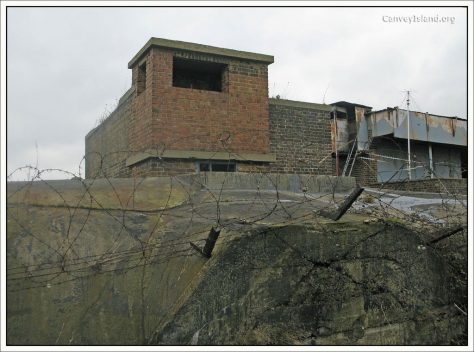 Feb 2008: The WW2 Degauss Staion on the roof of Coalhouse Fort in East Tilbury

The latest news is that local War Historians Allan Reed & David Thorndyke who run the Thameside Aviation Museum at Coalhouse Fort plan to turn it into the “Bay Museum & Research Facility” which will house local military memorablilia. We wish them all the luck and hope to be able to help collect local info on Canvey’s military past.

So what is the history of this building? I understand it is the last remaining complete WW2 Degaussing station on the north of the Thames. There were a number of these along the river including one at Colehouse Fort pictured. Magnetic sea mines were a big problem so ships had to be degaussed (de-magnetised) to prevent the mines detecting them. I assume cables ran out under the Thames from the building and I have seen a map that suggests there was a Boom running from this area. The Stations tested that the passing ships degaussing equipment was operating properly before they hit the perilous seas past the Shoeburyness anti submarine boom. 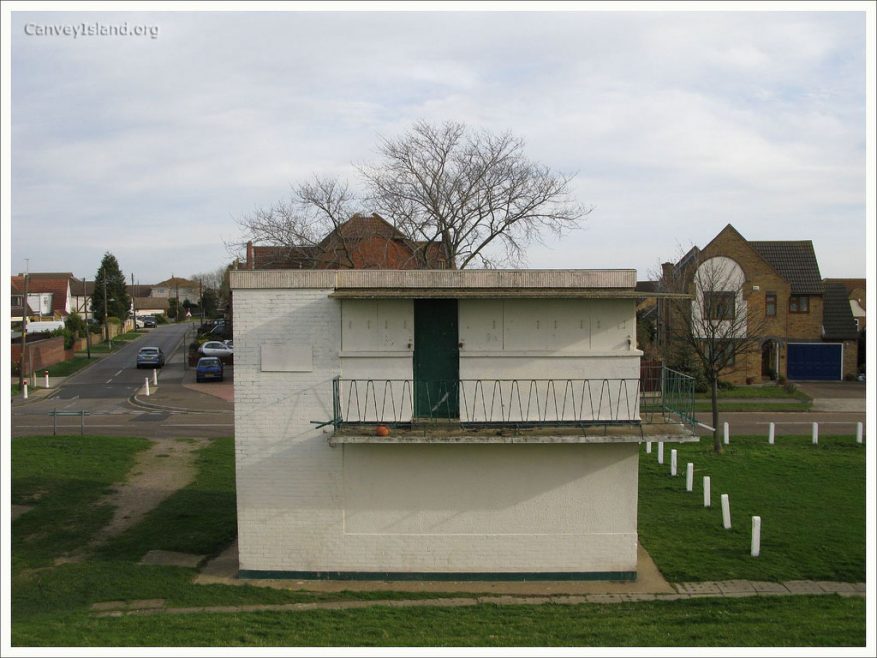 If you have any information, old photos or memories about this building please leave a comment below or email in. Click on the Photos below for more views of this building. 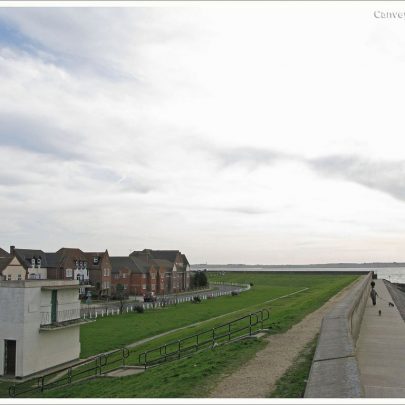 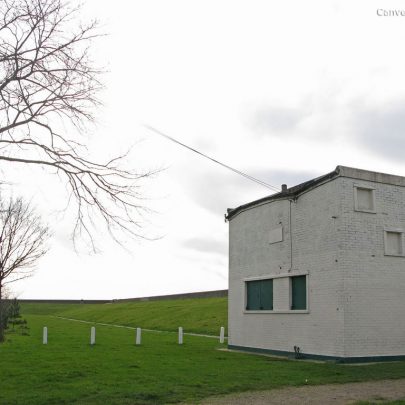 The rear of the WW2 Degauss Station
(c) David Bullock 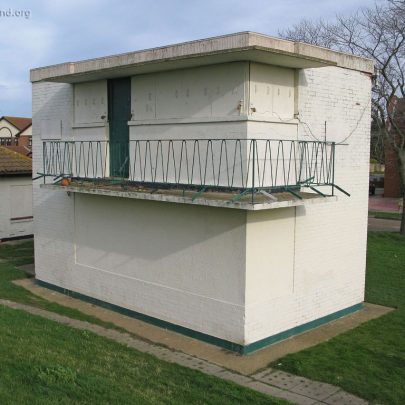 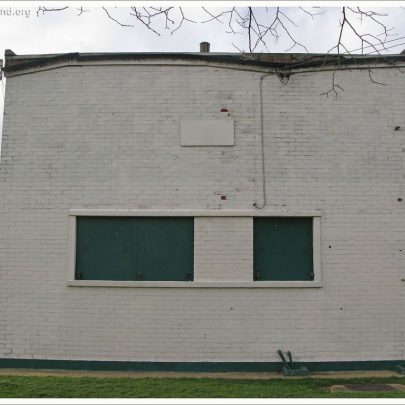