Ernest Edward Depper was a WWI hero and died in 1947 a casualty of WWII. He is not commemorated on any War Memorial on Canvey Island. During WWI he was in the The Rifle Brigade (The Prince Consort’s Own).

Ernest was born in 1890 in Oldbury, near Birmingham, son of William and Emma. He married his wife Kate Jennings, one of the large Jennings family to be found in the village, on the 20th January 1917 at St Katherine’s Church. Perhaps he was stationed on the Island and met his wife there. We do not know. 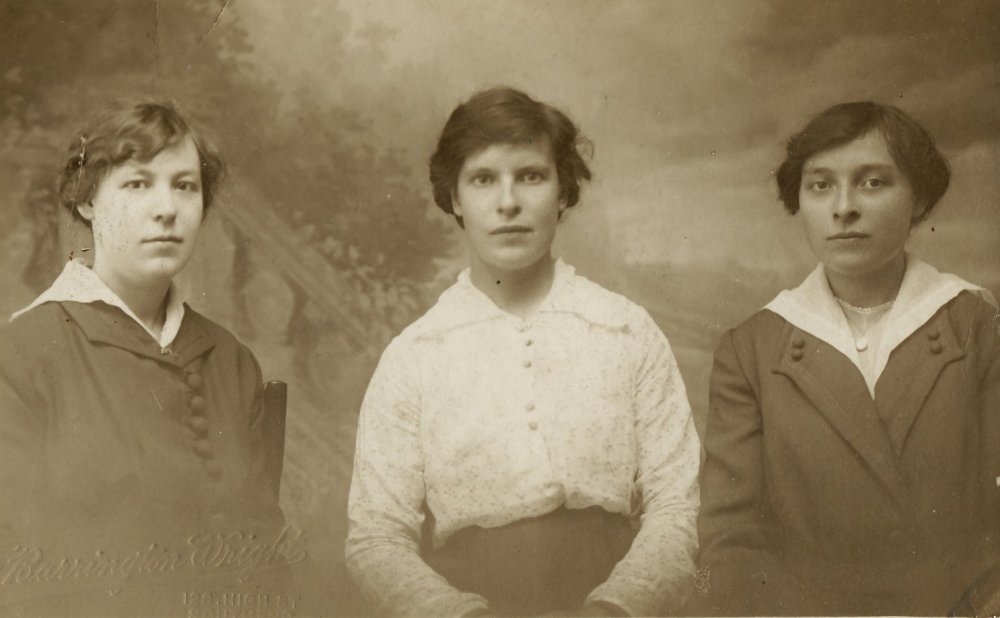 Jennings sisters. Flo on the right, Kate and Lily are the two on the left. But it is not known which one is which,

In the Essex Newsman on the 24th February 1917 his name appears under the heading:-

For conspicuous gallantry and devotion to duty in command of his party after the officer had been killed, leading his men with great dash and personally killing several of the enemy. On returning to our trenches he carried back the body of his officer under heavy machine gun fire.

He had already been awarded the Military Medal during the earlier part of the war. 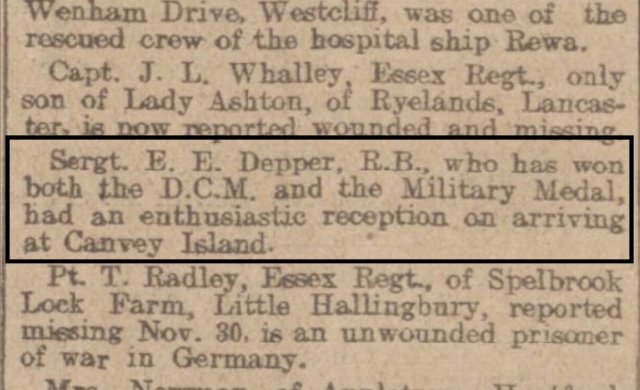 He arrived back on Canvey in 1918, which was reported in the Chelmsford Chronicle on the 18 January, to an enthusiastic reception.

I wonder what that consisted of. Bunting round the village? Perhaps crowds of family and friends were lining the road around the pump. Perhaps drinks in the Red Cow.

We can only imagine as there are no pictures or stories that we know of. 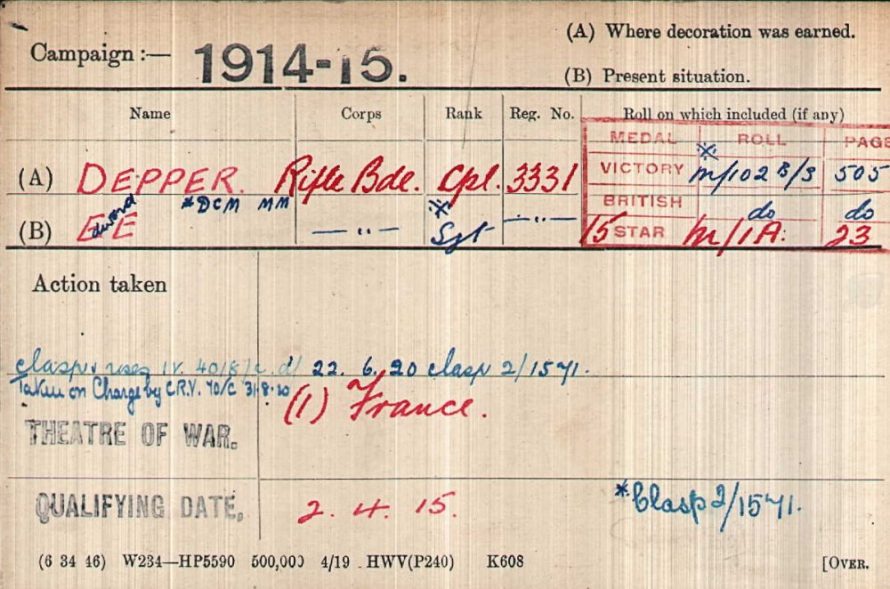 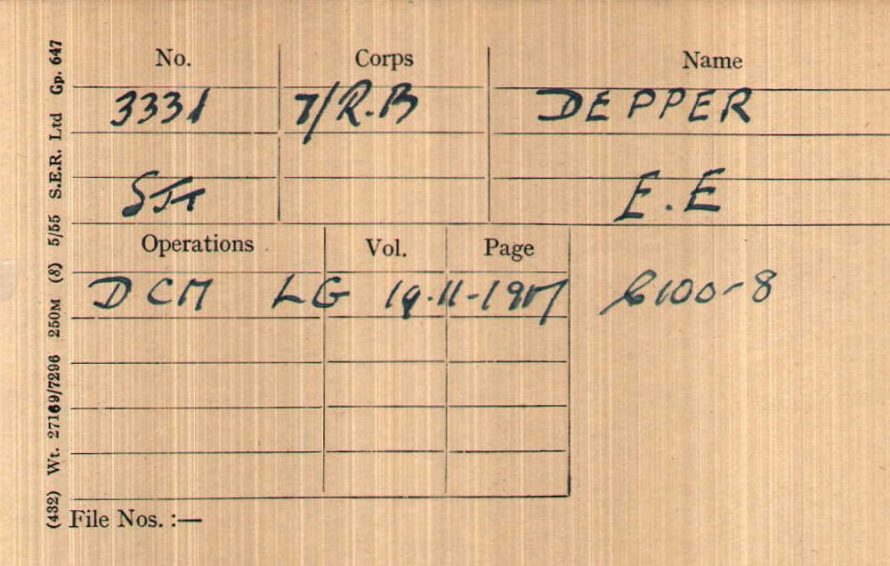 We do not know a lot about his life afterwards. He and Kate are in Hackney, London on the 1930 Electoral Roll. The couple had no children and Kate died in 1936. She is buried with her sister in St Katherine’s Churchyard.

Soon after her death Ernest must have moved back up north as the next time we found him was in the 1939 Electoral Roll in Moseley. He went on to marry again to Nora Gardner in 1944 in Birmingham.

He had some role in WWII but we have no idea what this was other than he was a Warrant Office in the 11th B. Rifle Brigade but we do know he was a casualty and died on the 31st May 1947.

His death is commemorated at the Birmingham Municipal Crematorium which stands within the cemetery.

In the chapel, there is a bronze plaque commemorating 48 servicemen whose remains were cremated there. His name appears in Column 1.

Ernest’s brother George Alfred Depper was a WWI casualty he died on the 15th April 1918 he had been a witness at Ernest and Kate’s wedding.

His nephew John (son of George) died in WWII.

If anyone has any further details please comment below. 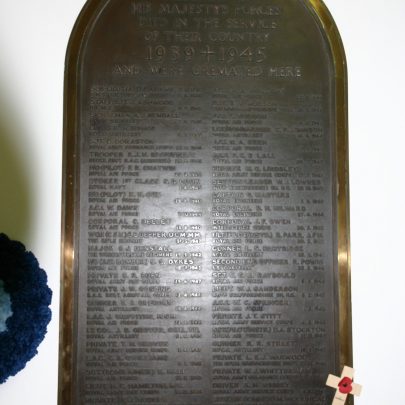 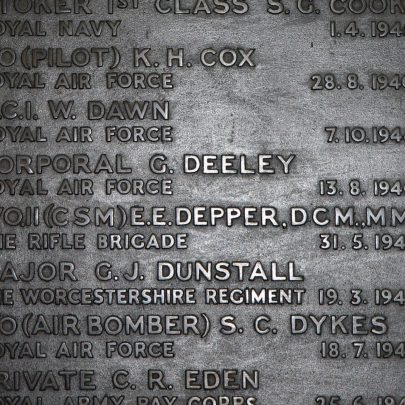