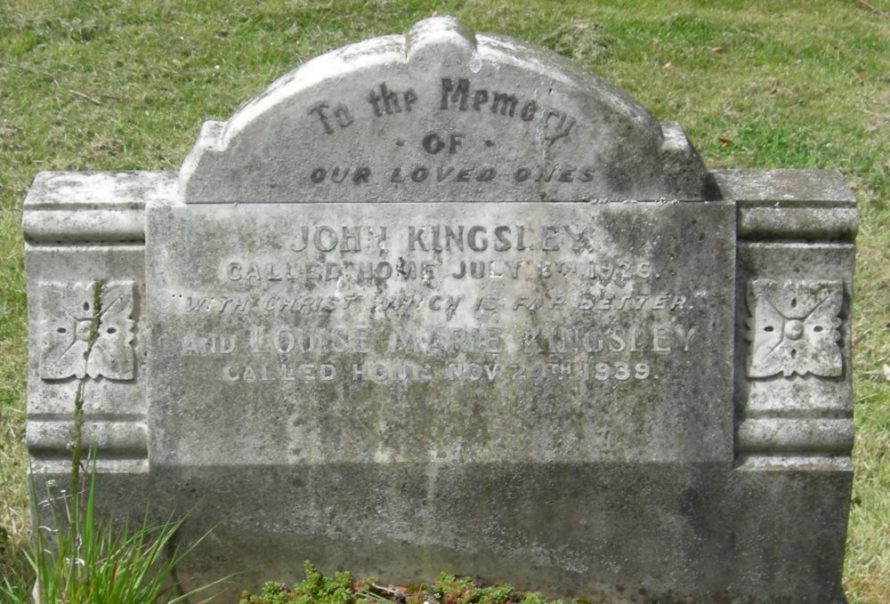 During WWI many people became suspects either by their deeds or purely because of their nationality. This is what happened to John Kingsley.

John Kingley was of German birth, his birth name was Jacob Schmitt. He was a confectioner and lived in Webbs Road, Clapham Junction with his wife Louise. He was Naturalized on the 1st June 1901 and changed his name to John Kingsley. Although on the Electoral Roll in Clapham Junction his name remained Jacob Schmitt until at least 1920 he was known on Canvey as John Kingsley and lived at ‘Queensmere’, Leigh Beck and this is how he appears in the island’s 1918 Electoral Roll.

Thanks to Phil Coley of the Benfleet Community Archive we have now received copies of Canvey Island entries in a report book entitled ‘The War – Suspects’. John Kingsley is one of the entries.

This man’s name was Jacob Schmitt until he changed it to John Kingsley.
He was born in Germany in 1865 and British Naturalized on 1st June 1901 and is a confectioner. His permanent residence is 2 Burland Road, Webbs Road, Clapham Junction, but he is a frequently visiting above address. He was recommended for interment as being a person whom it would be inadvisable to allow to remain at liberty in the event of a national emergence, but as this man was not a permanent resident in the area of the Southern Army it was considered outside their scope to adopt the recommendation.

We have no way of knowing if John/Jacob was in fact interned but it looks as if he continued coming to Canvey, perhaps after the war as he and his wife are buried in St Katherine’s Churchyard.

John came under suspicion not because of anything he had done whilst on Canvey but purely because he was of German birth. Understandable perhaps but many innocent people were interned in both wars for the same reason. But just as today many of us turn against people from the Middle East, many are completely innocent of any wrong doing. They are just who they are.

Note: Thanks to Graham Stevens memory we can now say that John’s son Walter John (known as Wally) and his wife were very active in the Boys Brigade as can be seen elsewhere on the website. Walter died at the ripe old age of 93 in Brighton.