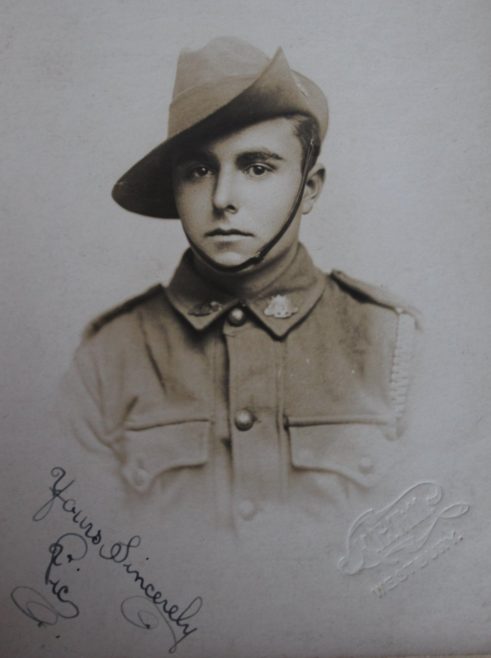 Grandson of Frederick Hester, Victor Leslie Hester was the eldest son of Frederick William Brewster Hester and Elizabeth Norton, he was born in Rayleigh in 1898 and can be found living with his parents in 1911 at ‘St Omar’, Winter Gardens when his father died.

On the 21 May 1913 he emigrated to Freemantle, Australia aboard the ‘Belgic’ stating he was a grocer.

He enlisted in 1917 this time stating he was a bootmaker of Claremont Avenue, Claremont, Western Australia. He gave his mother Elizabeth Lines (she had remarried by this time) as next of kin.

By October of that year he was on his way back to England arriving at Devonport in the December. In January 1918 he was sent to France where he was wounded in action (wound to back). He was later returned to Freemantle where in 1919 he was discharged as Medically unfit.

He went on to marry Minnie Lawrence in 1922. In 1958 he is residing at Cottesloe, Fremantle, Western Australia where he died in 1966.