My maternal Grandfather and WWI 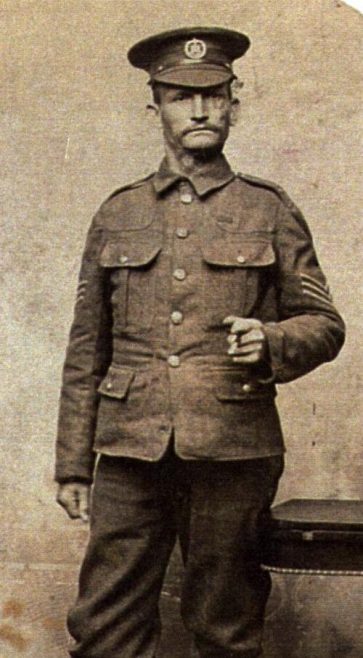 William Burbidge was very much the soldier, a sergeant in the Dorset Regiment. He first attested in 1886 at the age of 19, signing up as a groomsman for twelve years and re-enlisting again until 1902. During those 16 years he spent five in Egypt and another five in India, he was also posted to the Mediterranean.

He was married to his first wife in 1893 and they had five children between then and 1907. His wife and youngest son died in 1909. With four surviving children under 11 he married again, this time to my grandmother Mary Ann who was a widow with three children under the age of 11. The couple went on to have another three children, two girls and a boy. The middle child was my mother.

William’s occupation when he was not in the army is recorded as carter, brickmaker or labourer mostly working on the local estate, and the family lived in a tied cottage called ‘Rats Castle’ in Lytchett Matravers, Dorset, where my mother was born, it is now a listed building.

WWI broke out when Austria-Hungary declared war on Serbia on the 28th July 1914, we declared war on Austria on the 4th August. It was less than two months later, on the 26th September, that William at the age of 46 again attested. He was not totally fit for service but from what I can gather he took on the role of training the troops. He was declared unfit for service with heart problems in late 1916 and died on the 7th January 1917. 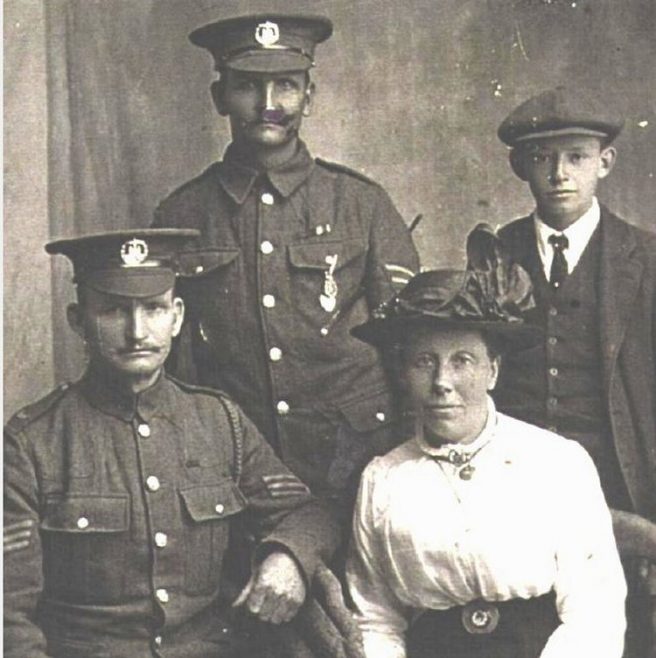 My late mother did not remember anything about her father except that he was a soldier as she was only 3 ½ at the time of his death but her elder sister, who was the ripe old age of 5, told me he was very much ‘a sergeant at home’. He was buried in Lytchett Matravers Churchyard with a full military funeral. My mother and her sister were dressed in black and white check dresses with white pinafore aprons and black boots. My grandmother was left with eleven children ranging from eighteen months to nineteen years.

William Burbidge’s story is so different to my paternal grandfather’s. Everyone’s family story will be different.

Do you have a WWI story to tell please upload it here or contact us so we can tell your story for you.