My Grandfather and WWI

My paternal grandfather never lived on Canvey but four generations of the family have lived here since the 70s. This is part of an essay I wrote some years ago for an OU course and thought it might encourage others to tell their families WWI story. In the gallery below are the ‘WWI Silks’ as they were called, they were bought by my grandfather whilst serving in France and Belgium and sent home to his wife and mother. 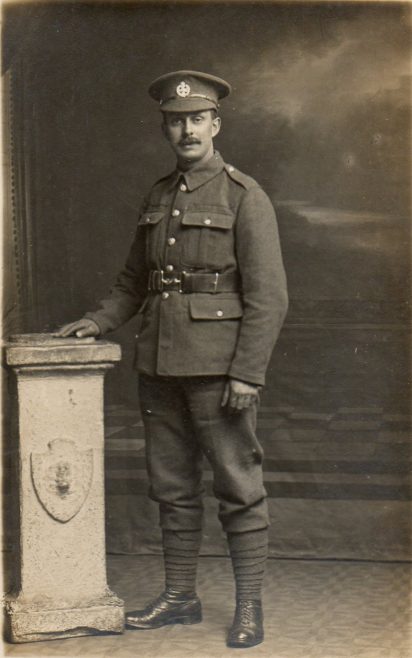 The war would have affected every man, woman and child in the country to some degree. William Pitt Bull did not sign up to fight at the beginning of the war. According to his daughter, Doris, he would not have gone voluntarily. Until recently very little had been known of his life in the Army.

My grandmother had kept the souvenirs, embroidered handkerchiefs, tiny embroidered purses and postcards that he sent or brought home from both France and Belgium.  We have his cap badge of the King’s Royal Rifles and he came home physically uninjured. Whilst recently reading his son’s letters, sent home during the 1938 conflict, we also found out William had been to Italy.

So it was great news when, at last, his army service records were found amongst the many records that were damaged and thought to be destroyed. We were now in a position to discover in more detail what his life was like during the war, but without any letters or his recall to anyone we still have to guess at what really happened.

In 1915 the Government set up national registration, recording the age, address and occupation of all persons between the ages of 15 and 65, and in 1916 conscription was introduced. William’s army records show that he attested on the 11th November 1915 but he was not immediately mobilized, instead he was appointed to the army reserves. We assume he continued his work at Peak Frean’s until his mobilization came in March 1917, when he was posted to The Kings Royal Rifles, 112nd Brigade and by June of that year he was in France. The 122nd Brigade was an infantry unit of the 41st Division and it has been through P. B. Chappell’s website about the 1914-1918 Regiments, listing the Divisions and Brigades that we have learnt about the 41st Division. We have been able to find out where William was probably stationed during the War and in what battles he was likely to have fought.  From the time William was posted overseas  he was involved in operations on the Flanders Coast, the Division was at the Battle of Menin Road, the advance on Flanders and the Battle of Ypres in 1918.

The Division was, as we had already found out from letters sent from his son in 1945, posted to Italy where they served from November 1917- March 1918, but they did not take part in any major action. William remained in Flanders until Armistice in November of 1918.  William was not demobbed immediately following the end of the war, he briefly returned home in 1919 only to be sent back to France until his demobilisation in October of that year.

We can only speculate about William’s life during the years he was away. Many questions are unanswered.  He must have felt anger at being conscripted, probably despair when he was in the trenches fighting for his life.  One can wonder if he would have felt close to his comrades; being a distant person subject to sulking, he would probably have found it difficult to be in such close confines with so many men.  From the many conversations with my grandmother over the years, it is clear that if anything William was more withdrawn and cold after his return.  He never spoke to his family about his time in the army but we believe he felt it deeply and never really recovered. Much more research needs to be done into the actual battles William was involved in before we can really understand what happened to him and what the effect on him may have been. 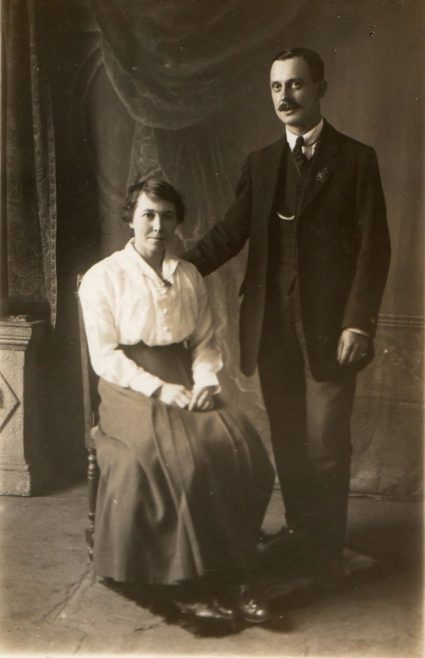 William and Alice Bull. William is wearing his Kings Royal Rifles Badge in his lapel. This is now in the Bay Museum.

Whilst he was overseas Alice, his wife, had to take on the role of head of the family.  The family had suffered the loss of their young son William aged three, within months of the start of the war which must have been very difficult for Alice. Still with three young children to look after, Alice was not called upon for war work.  She often mentioned how her husband’s stepfather, Francis Prideaux, was always there when the family was in need, so one can assume he was very likely to be on hand to support her whilst William was away.
With her husband overseas, Alice found her new position in the family quite stimulating, the family moved twice during this period and it must have been very difficult for the couple to re-adjust to their different roles, when William eventually came home.  Alice would have found it hard to give up her new found independence and William not only would have found it difficult to adjust to civilian life but he may well have felt usurped in his own home.

Every family would have been having problems of one kind or another. Some families would have been adjusting to life without a father or son, some may have had to learn to live with a disabled father and some families never found out what happened to their loved ones. There would also be some, like William’s family, who had to adjust to a new relationship because they were different people; having experienced separate lives perhaps for years they had grown apart. Even if one looks at the family history of a comrade of William’s, who may have stood next to him in the trenches, it is unlikely he shared the same experiences in the same way. Other areas of the country, with their different life styles, may have dealt with the problems differently.

It is clear that one family’s history can only be a small part of the much bigger picture.  Even with events, such as a major war, which affects everyone, it would not have the same affect on every person or every family in the same way. Diverse cultures, different characters, even different ages can all change the way we deal with life. 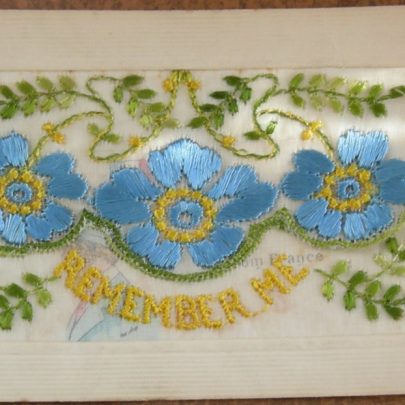 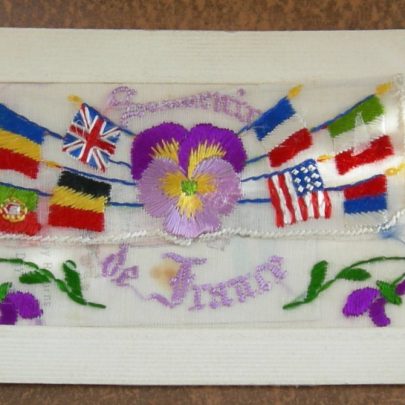 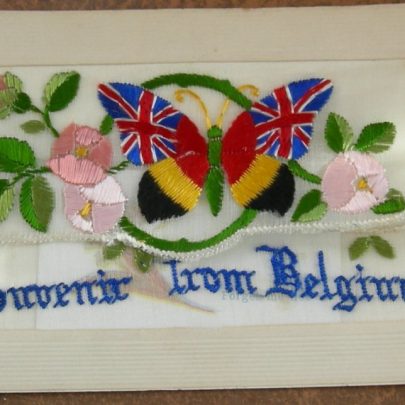 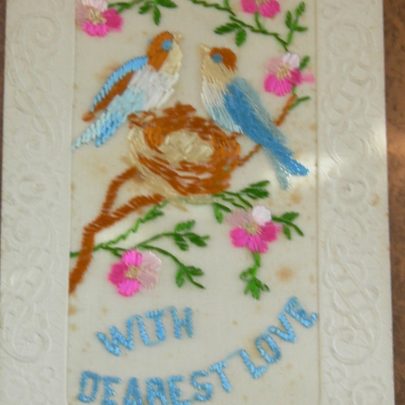 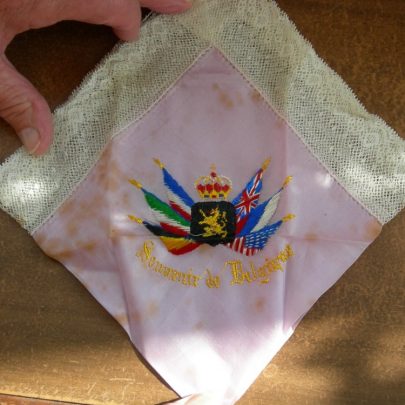 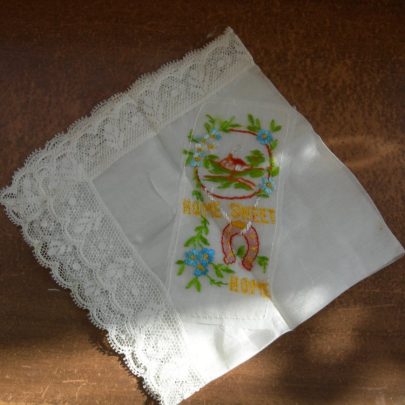 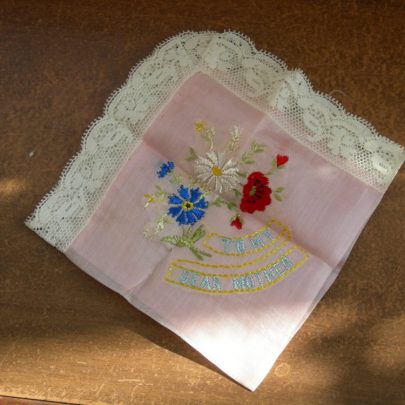