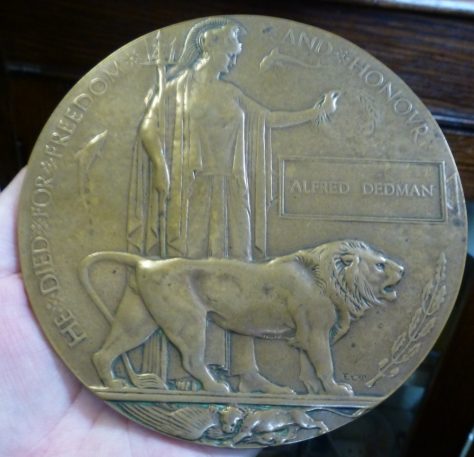 The plaque or ‘Dead Man’s Penny’ was issued to Alfred’s family as it was to other next of kin to British and Empire service personnel who were killed as a result WWI.