Some of the casualties have separate pages for their stories. 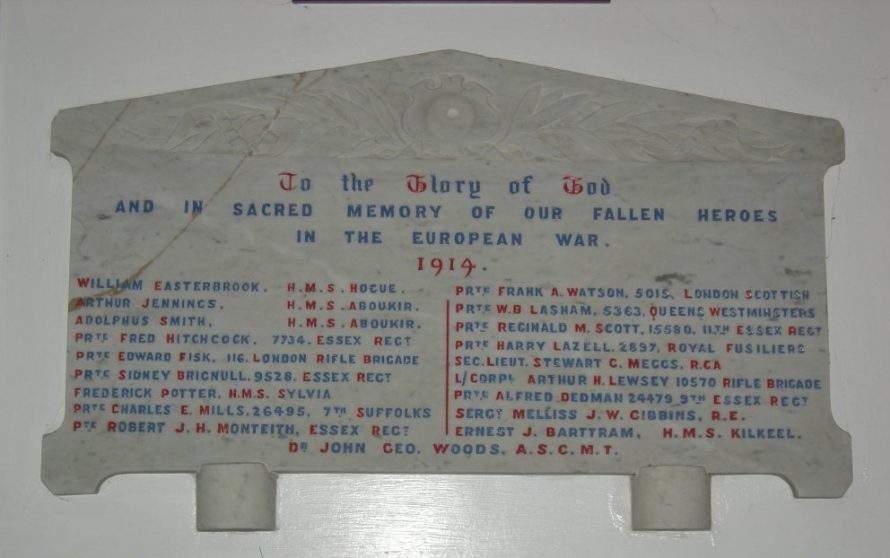 Arthur Jennings, Killed in action when HMS Aboukir was torpedoed and sunk by a German Submarine .  26 Nov 1886 – 22 Sept 1914. Son of Charles Jennings and Emma King.

Sgt. Melliss Joseph William Gibbins. Royal Engineers. Died in France. 1886 – 21 Mar 1918.  Mellis Joseph William Gibbins was born in Stockton-on-Tees, Co. Durham and elisted at Southend-on-Sea whilst living on Canvey Island. Serving with the 79th Field Company R.E., he was killed in action, France / Flanders, 21 March 1918. Having no known grave, his name is commemorated on the Pozieres Memorial, Somme, France. Sgt Gibbins had previously been awarded the Military Medal. 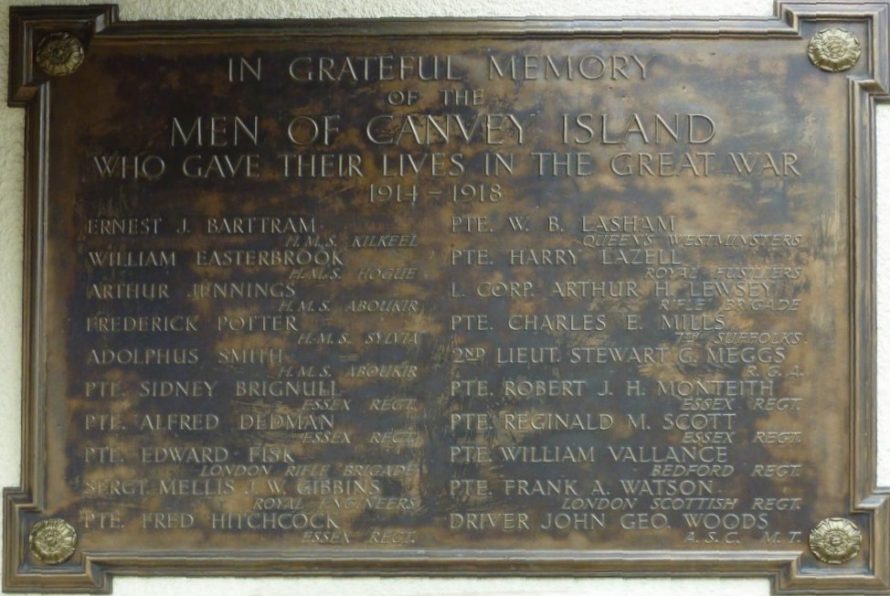 On the original plaque top of page only 19 of the casualties appear but there was another which was included in the later brass plaque and that is:-

Private William Vallance. b1895 and believed to have died on the 22nd Mar 1918. He was in the Bedford Regiment. He was at first declared Missing presumed dead behind enemy lines which is probably the reason his name did not appear on the original memorial.