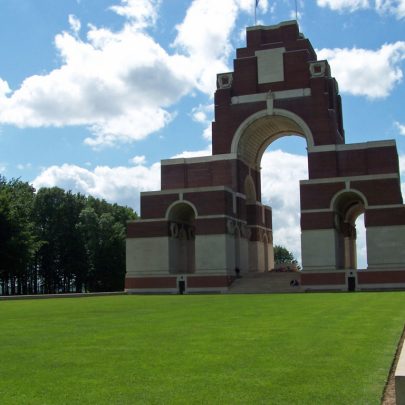 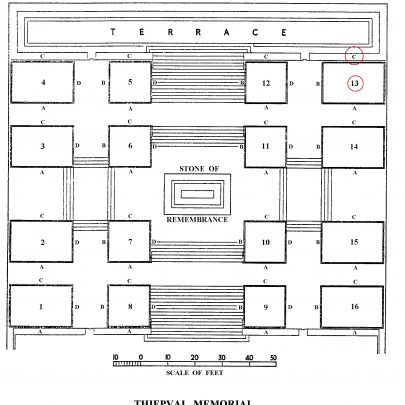 Private Frank Alexander Watson of the London Regiment (London Scottish) 1st/14th Bn was one of the thousands killed on that day 1st July 1916.

Frank was born in 1894 in Wanstead, he was living with his family in Battersea according to the 1911 census where it was stated he was a junior clerk. He was registered as living at ‘Marsden’, Gains Road, Leigh Beck, Canvey Island when he was killed and his father George Harry Watson, a journalist was registered at that address when he died in 1919. Frank’s elder brother, Arthur Harry Watson was recorded in the Electoral Roll at the same address in 1918. So the family must have come to the island sometime before the outbreak of war.

Unfortunately we do not have a photo of Frank but we do have a photo of where his death is recorded and a plan of the site.  Pier 13 Face C on the Thiepval Memorial, Somme, France

We do not know much else so if anyone can add anything please comment below.