You will recollect if you have read the account entitled “Wildfowl and Zeppelins” that the doughty wildfowler Charlie Stamp claimed to have seen one off….well Canvey also proved a hot spot for the first German army Zeppelin LZ38 commanded by Hauptmann Erich Linnarz. 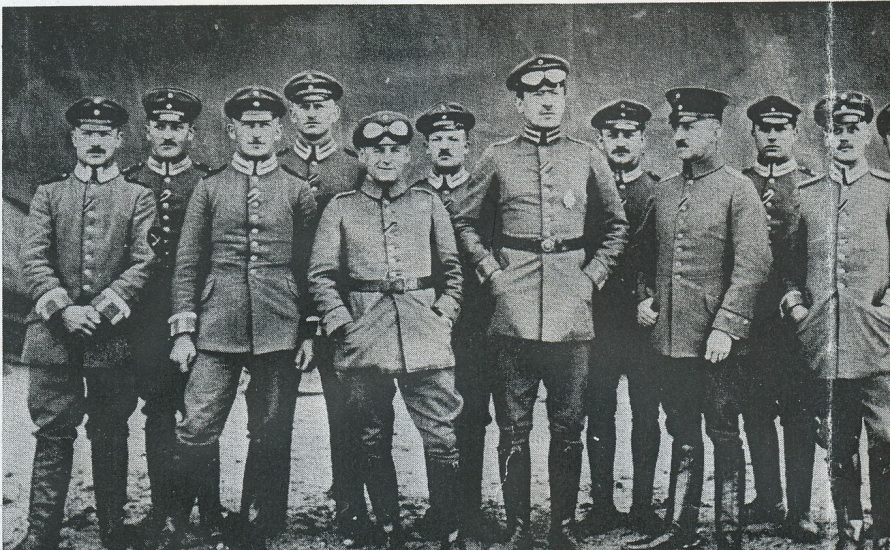 May 10/11(1915) – “The next target for Linnarz was Southend, which he reached at 02.45hrs, announcing his arrival by dropping an incendiary bomb that fell near the moored prison hulk SS Royal Edward. LZ38 then passed over Southend itself, dropping several bombs, before following  the Thames as far as Canvey Island, where fierce anti-aircraft fire from Cliffe resulted in a direct hit and turned the commander back. Returning to Southend, Linnarz dropped his remaining bombs over the town, causing considerable damage in the process.

One of several townspeople who gave their personal accounts of the raid to “Southend Standard reporters the next day was motor engineer R. D Boyce. 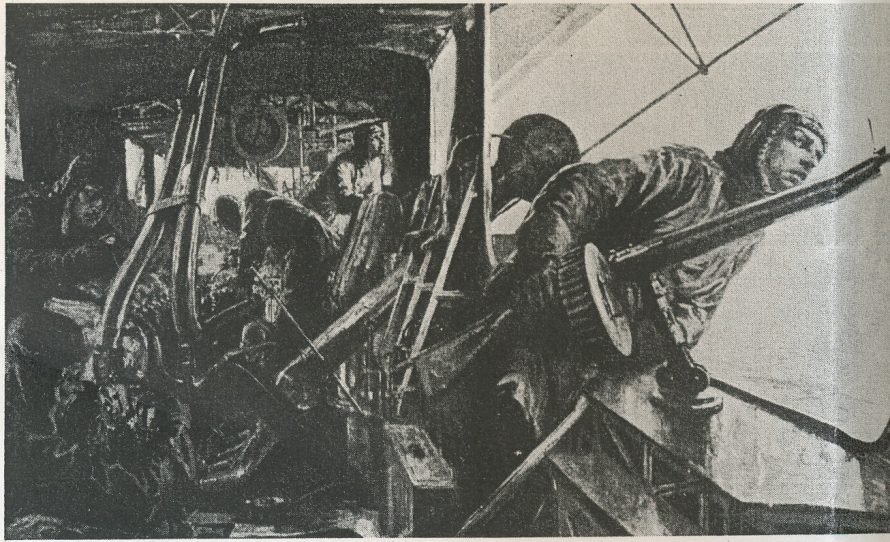 Keeping a lookout for British aircraft, painting by Felix Schwormstadt

Between 100 and 120 explosive and incendiary bombs were estimated to have struck Southend that night, destroying Flaxmans timber yard and several shops. One woman was killed and two men injured as a result of this, the most effective raid so far in the campaign.

The following day a small piece of cardboard was found on Canvey Island, presumably dropped by one of LZ38 crewmen resentful of the Cliffe gunner’s reception. The scribbled message in blue pencil, read “You English! We have come and we will come again soon – kill or cure- German”. And come again they did, just one week later. Some accounts have Linnarz signing this messaged personally, though contemporary newspapers published photographs of this alleged calling card signed simply “German”. 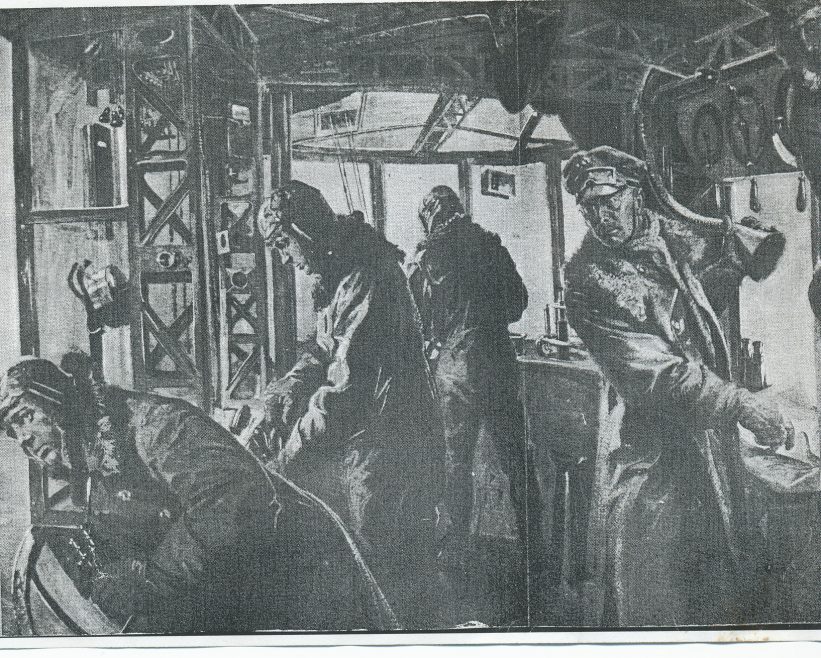 On 31st May 1915 LZ-38 went on to be the first Zeppelin to bomb London, but a week later on 7th June it was destroyed in its shed at Evere near Brussels, shortly after returning from an abortive raid on England.

For a comprehensive account of the Zeppelin involvement in the first world war see “Zeppelin! A Battle for air supremacy in world war 1” by Raymond Laurence Rimell (published by Conway Maritime Press in 1984), from which the above story is taken.