This photo was taken in 1941 shows the Deadman’s Battery near Scarhouse farm. To the far right is Canvey Fort, to the north is the Gas sausage. We wondered what the very square lines were on the photo just to the north. They can be seen again in the photo below taken in 1953. Looking at a later map we found they were in fact drains. As they look fairly newly dug in the top 1941 photo we wondered if they could have been done by the soldiers, although this area was not part of the land requisitioned by the War Department. 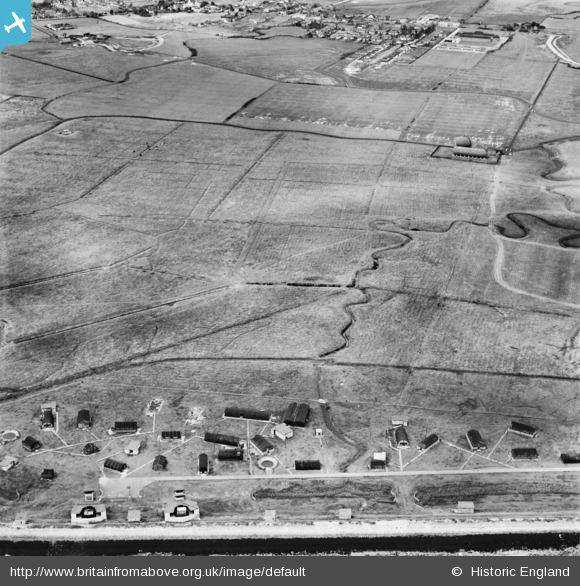