Based at Hole Haven during WW2 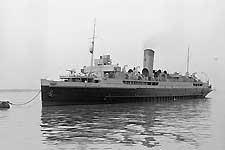 HMS St Tudno, a converted ferry and veteran of Dunkirk, was used by the RN as a minesweeper depot ship from 1 July 1941.

We now know the Captain of the St Tudno was Humfrey Greenwood Hopper, who had been active in WWI. During WWII he was awarded the Distinguished Service Order (London Gazette 19 December 1944) for his
services in minesweeping in the Scheldt; mentioned in despatches (London
Gazette 4 September 1945) for Operation Fireball. 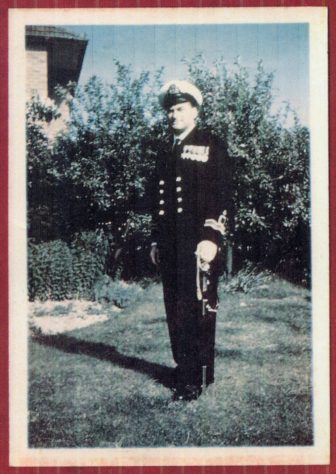 Lt Cdr Douglas John Scott was also based on Minesweeper 27 during the period HMS St Tudno it was based at Hole Haven. Many thanks go to his daughter Sue who has provided us with his picture, copies of his papers and his prayer book. All these are being passed to the Bay Museum for safe keeping.

Sue says –St.Tudno was the base ship and Captain Hopper was the CO on board. My father was in command of Minesweeper 27. Father did take the church services on board St. Tudno. Every time a ship went out St.Tudno signalled them as they went past. My mother remembered a signal came across and Cpt. Hopper asked the signalman, Dickie Jones, what it said and an embarrassed signalman replied ‘ Ta Ta for now !’ 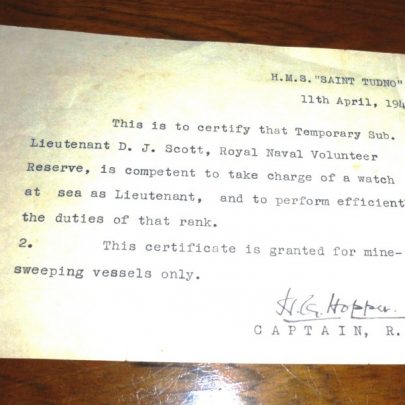 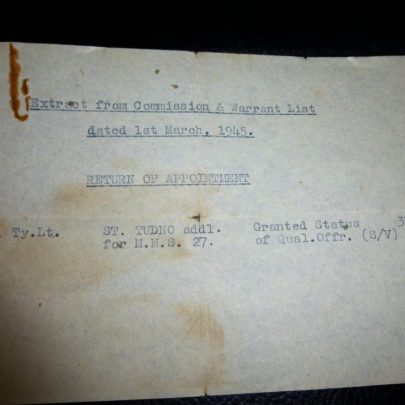 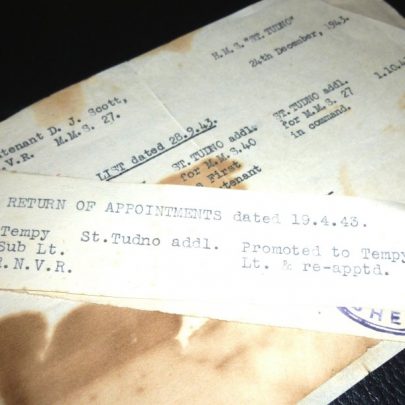 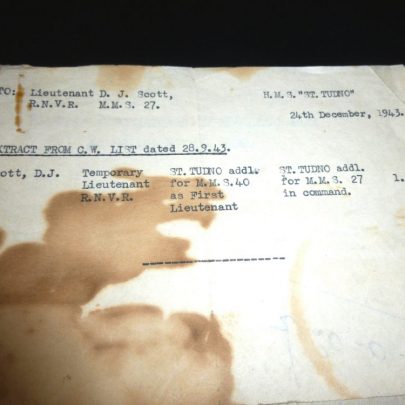 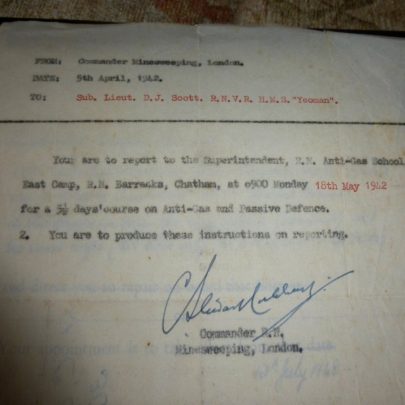