Special visit to this WW2 Base

Hidden away at Northwick is a World War 2 Heavy Anti Aircraft Battery (SMR No.14735), important enough to have gained Designated Sheduled Monument status (No.32433) in July 2000. 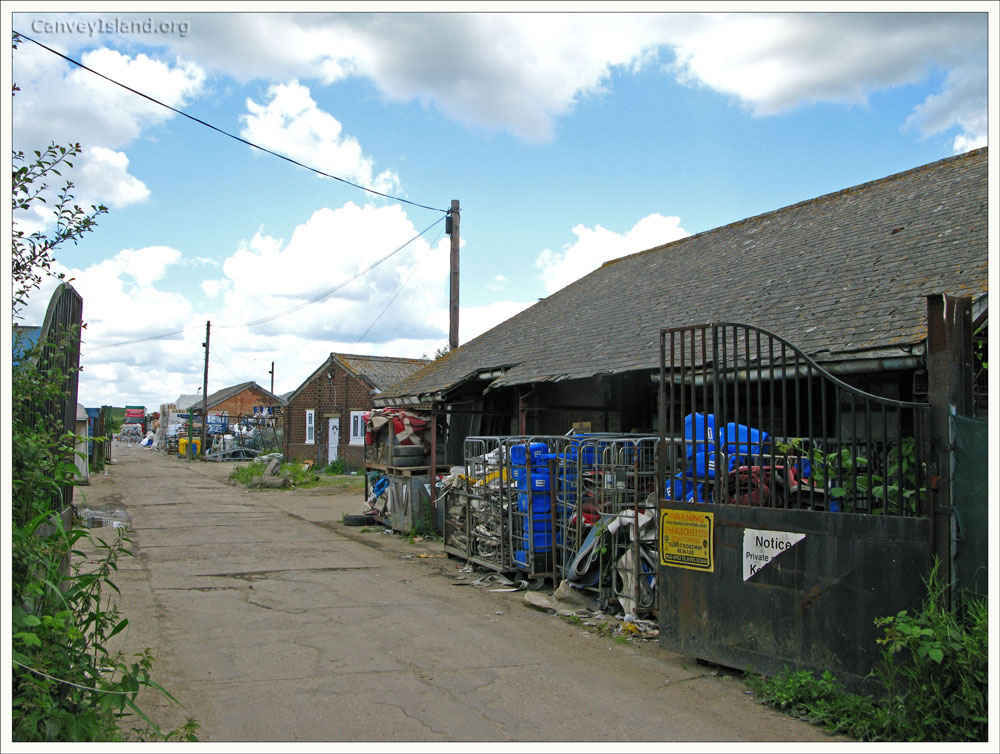 The Entrance to the Site with Guard House

Although on private land and part of a busy recyling centre, we gained special permission to visit thanks to Lawson & Hazel. 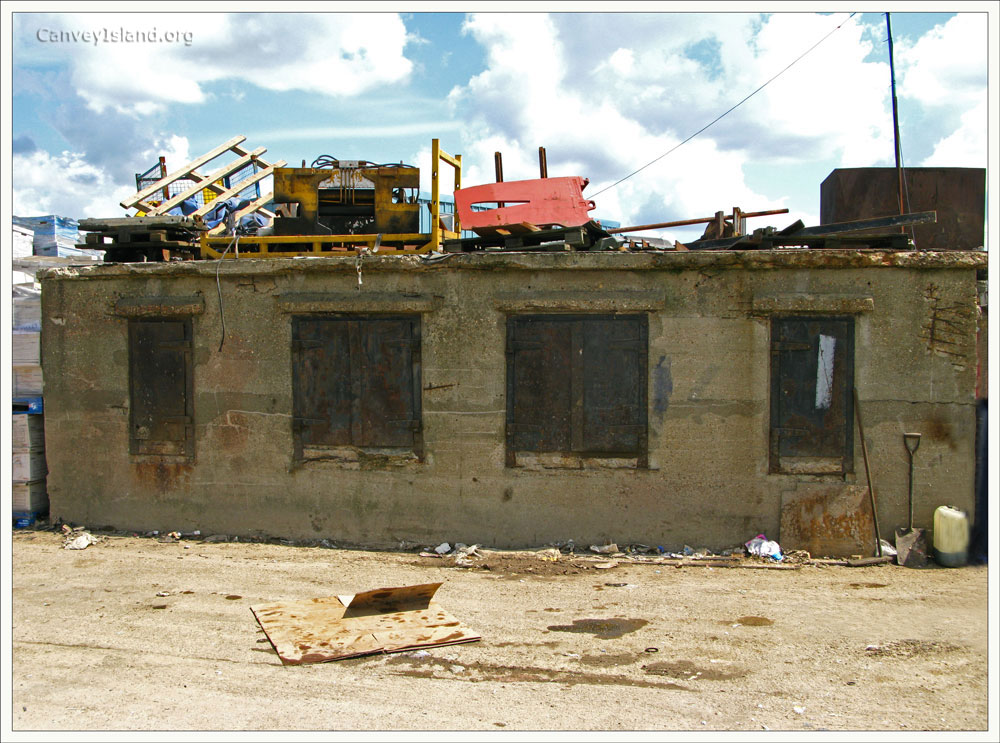 The site is documented as Thames North 8 (TN8) Northwick, situated here from around 1940 and manned by the 6th AA Division with three 4.5″ Guns.

As you enter the site you pass what looks like a Guard House on the right (see above photo) and then the former accomodation huts. Many of these huts were used for civilian accomodation after the war until the Council built the estate north of Long Road in the early 1950’s. There were around twelve huts, two of which were partially destroyed in a fire last year (2007). The owners have thankfully restored them.

A steel shuttered Gun Store stands (see above right) with a pair of large steel doors giving access to its dark interior. On the walls messages and drawings are preserved of the former military occupants of the base. I was told many Canadians were stationed here and occasionally they have visited. 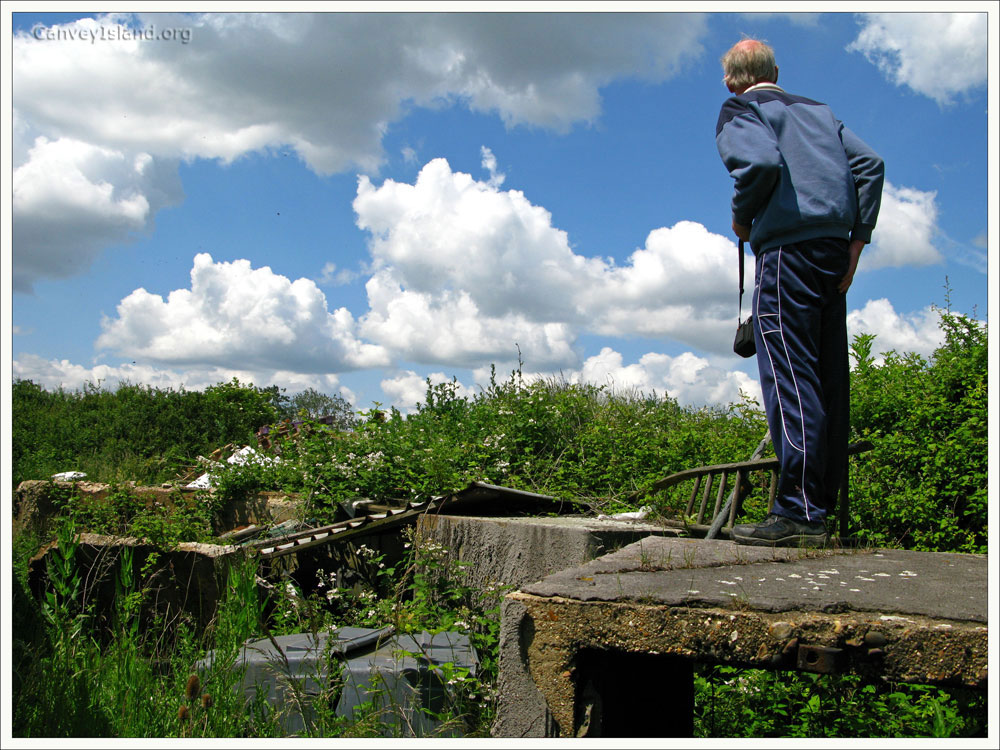 Steve standing on one of the circular Gun Emplacements

At the north of the base there are four circular Gun Placements (see photo left), one buried but the other three preserved with their six internal recesses and gap where steel doors once hung, the large hinges can still be seen. These four emplacements are arranaged in the ‘March 1938 pattern’  which is an arc with its apex facing east towards the direction of the oncoming German Aircraft (up the Thames from the North Sea).

On the inside of this arc the road goes round like a roundabout and the inside is heavily overgrown. Hidden amounst the undergrowth is the Gunsite Command Post, partly a bunker and partly concrete walls with open roofs. All that can be seen is a north facing wall and the reinforced roof. An entrance was found on the east face but it was not accessable. See the Photos at the base of this page. 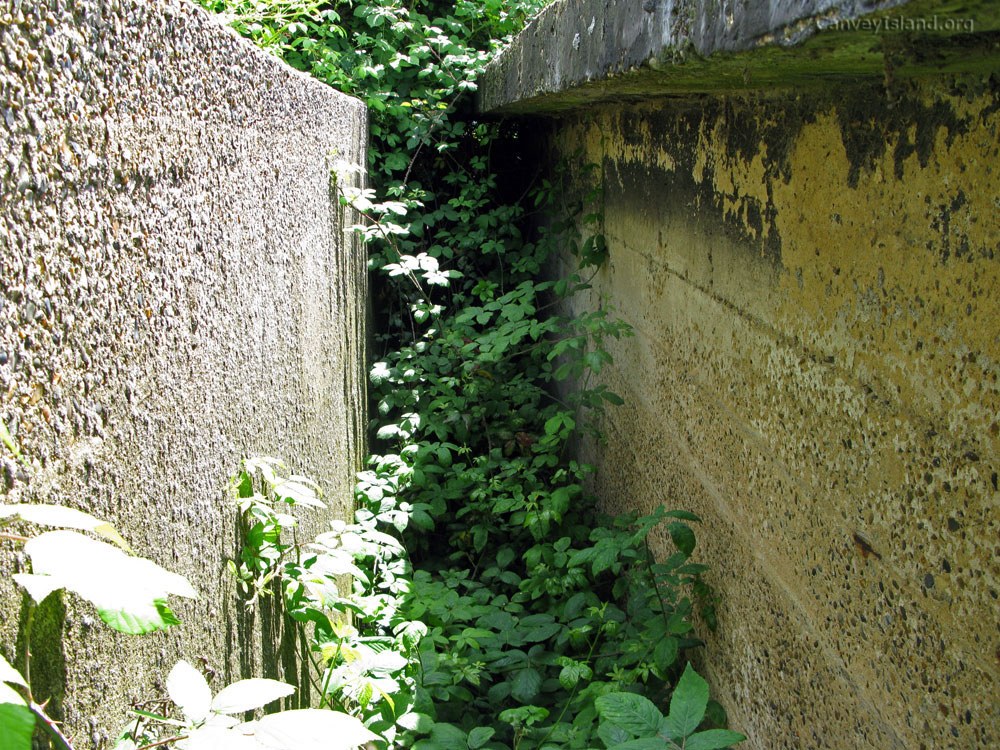 Between the north east gun placements is a Magazine Bunker (see photo right) again almost inaccessable. On the east a very deep recess can be seen. Apparently there is a ramp that goes inside but it is currently not possible to explore due to many years of thick growth and earth movement.

To the south east there is a Pump House (see photo at base of page) that served the Camp and to the east is a Sewage Station (photographed below) consisting of a circular and square structure in the middle of the fields. I also spotted another odd structure further east along Northwick Road near a Farm but it was not accessable. A Photo of this is available at the base of this page. 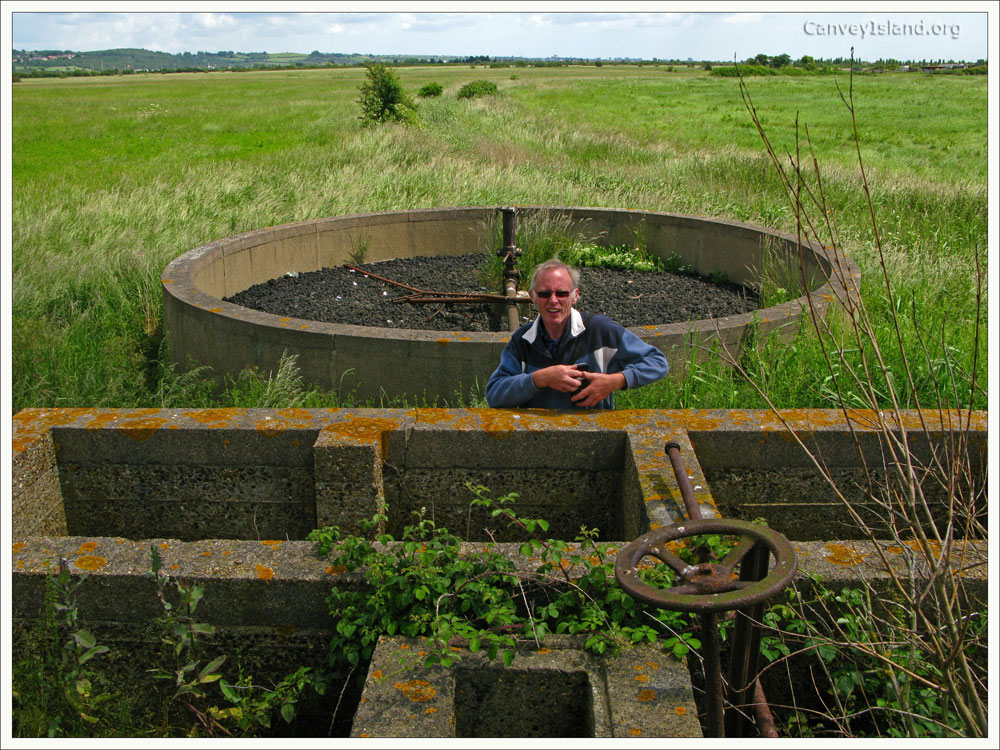 To see more photos of these structures click the images at the base of the page. If you have any information about this base or you were stationed here, please leave a comment below or email your memories in.

Again special thanks to Lawson & Hazel for giving permission for us to visit this important piece of Canvey Island history! 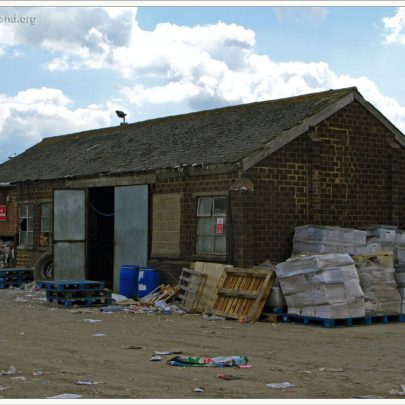 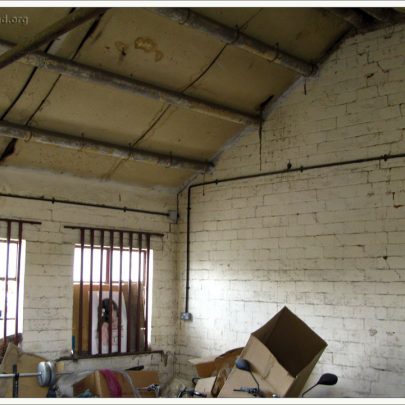 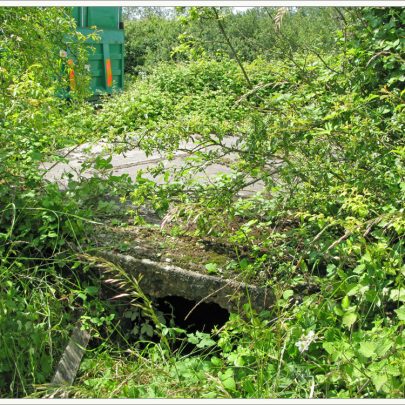 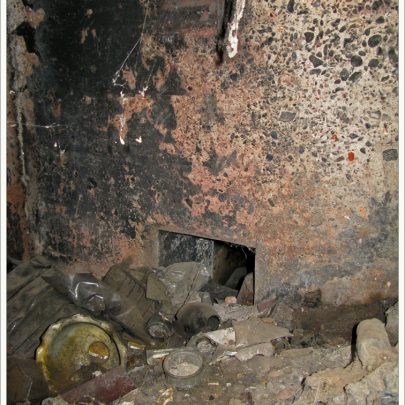 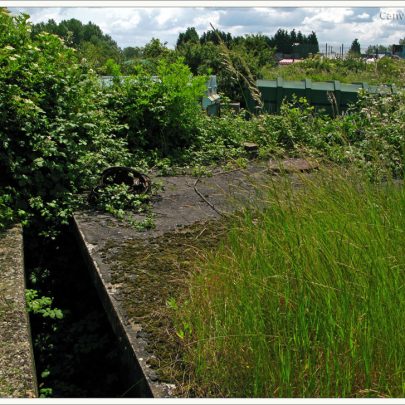 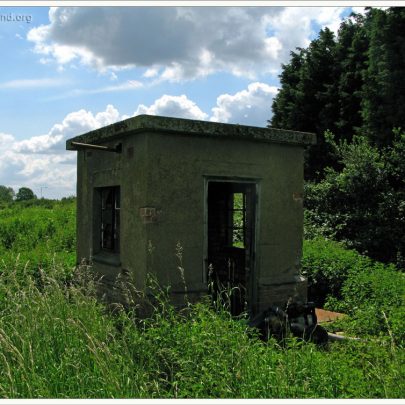 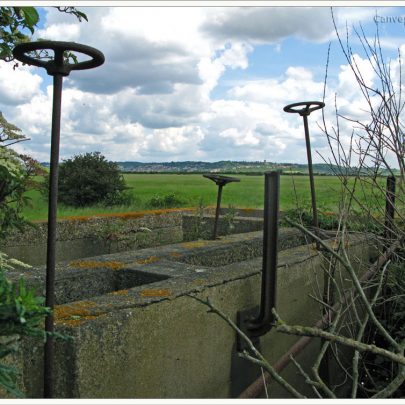 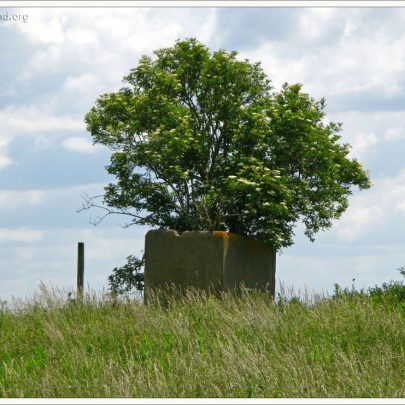 Unknown structure to the east of the base
(c) David Bullock