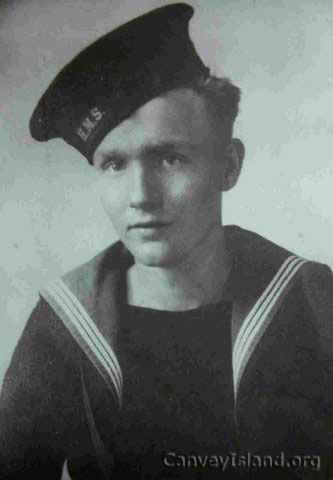 During the War, Richard was a naval gunner on the Norwiegen ship the D/S Storviken. On 1st October 1943 whilst she was sailing from Lourenco Marques via Durban and Mombasa to Aden with a cargo of coal, the ship was torpedoed by the Japanese submarine I-10 (Tonuzuka). She was hit on the starboard side in No.4 hold and again almost simultaneously in the engine room which caused the boilers to explode. The Storviken sank very quickly at 11 45N 48 07E. The radio had been rendered inoperable and the starboard lifeboat along with two rafts were destroyed. Captain Apold later stated that he was positive that 42 men had managed to leave the ship in the only undamaged port lifeboat.

Captain Øistein Apold and four men, 1st Mate Jørgen Garmo, British Gunner Richard Buckmaster, British Gunner Wood and the Chinese Shih Shin Fah launched the gig but it filled with water due to the heavy seas and was pulled under by the suction. They clung for life on floating debris.

The submarine came alongside the port lifeboat and on not finding the captain the 3rd Mate Finn Kjellevik and Chinese stoker Chan Lai San were taken prisoners. As the submarine left the scene it is reported that it purposely hit the lifeboat and the propeller crushed one side causing it to capsize, killing some men and injuring others. It is then reported that the submarine ran over the area “calling out to those who were in the water with sadistic delight”.

The next morning the Captain and some of his crew were eventually able to construct a raft from debris. Some of the best swimmers from the ruined port lifeboat swam for 5 to 6 hours and by that evening 19 men were on the raft, even though it was extremely crowded and heavy in the water. They had no food or water and suffered under the burning sun, most of them having gotten rid of their clothes to enable them to swim more easily. Sharks swam around them the whole time. 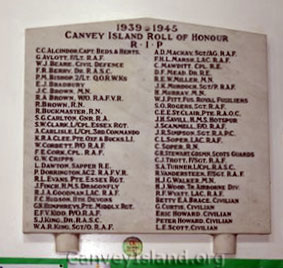 The plaque in St Nicholas Church

On 3rd October they were about 25 miles from the coast of Africa with the wind favourable towards land. They decided to sacrifice their vests and lifebelts to rig up a sail and at the same time paddled with planks of wood in an effort to reach dry land. The wind changed and they hit a strong outward current so were eventually forced to give up. Six died of exhaustion and the effects of sunburn during the subsequent four days.

On 6th October Captain Apold, 3rd Engineer Roland Eklund and 11 Chinese were picked up by the British escort vessel HMS Sennen. Shortly before it had come across 2nd mate Per Nilsen and 3 Chinese crew on the Storviken’s only undamaged raft. The 17 survivors were landed at Aden on Oct 8th where they were admitted to a hospital. In all 37 had died, including Richard Buckmaster on 2nd Oct.

There is a Roll of Honour plaque at St Nicholas Church on Canvey commemorating Richard and other Canvey Island residents killed during the 1939 – 1945 War.

If you can add any information about John’s brother, the Storviken or any of the other names on the plaque, please leave a comment below or email us at this website. More information can be found on this sad event at WarSailors.com for which I am greatfull for the extra information.