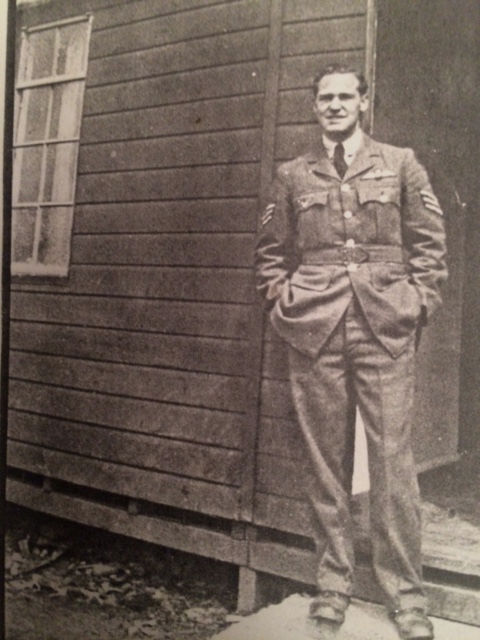 The actual photo of Ronald Vandersteen

When I was about ten, my schoolmates and me were playing in an old abandon house on Canvey island. Suddenly this old photograph came fluttering down from somewhere onto the remains of the floor. I took it home to show my mum, and my nan, bless her, who was also there asked what it was. I showed her, and she squinted her eyes and paused for a moment…… ” I think I know that boy ” Pausing a moment more ” I think it’s the Vandersteen boy.” She then went on to say they used to own the chip shop that used to be in Canvey high street. Mum then said, well I see Mrs Vandersteen quite a lot up the town, so I’ll take it with me and ask her. Eventually mum met Mrs Vandersteen, showed her the photo and was surprised when she said “why, that’s my Ronald, we lost him in 1942… where did you get the picture?” Mum went on to explain but it was a mystery how the picture got to be in that old house, as they never lived there. I got invited around to the Vandersteens house and was honoured to hold and read Ronald’s flying log book and see all the missions he went on written by his own hand. Even the departure time for one where he never returned from, and the return landing time sadly blank. I gave the photo to the family which I felt was the right thing to do, but we managed to get a copy done. I thought I had lost this copy years ago after spending much time searching for it. Suddenly tonight, I opened a book I read a lot and then once again, it fluttered to the floor.

He was only 21 when he was lost over the North Sea on 22 July 1942 , believed to be caught by night fighters, whilst flying a Wellington bomber of 142 squadron and still rests on the seabed

A few night previously he bombed Essen. Anybody with an interest on the subject will know how bad the raids on Essen was for the crews of the RAF. They had no chance but still they went.

NOTE: The Vandersteens first came to Canvey c1937. Ronald’s grandfather Charles Vandersteen had a Fishmongers in Furtherwick Road. Ronald’s parents were Charle’s eldest son Charles William Vandersteen and his wife Jenny Elizabeth Dunmore. Ronald’s birth was registered in Poplar in 1921 his death on the 22nd July 1942 is recorded on the Runnymead Memorial at Egham, Kent.

Sent in by Roy Mitchell