The Chapman Lighthouse and the night I nearly died

I was looking in Geoff Barsby’s book on Canvey Island and kept staring at a photo of the Chapman Lighthouse. It shows people paddling out to look at it on the low tide. There is a spot about 50 yards to the left of it that was nearly the death of me.

My bedroom overlooked the lighthouse down at Marine Parade so I was more than familiar with it and the mournful sound of its bell when the fog rolled up the river. I used to look at it every day in the 40’s. And it brings back a haunting memory of a bitterly cold day in 1947. I was 13 then and was allowed to go out on the mud on my own to set a deadline for fish. It doesn’t sound dangerous until you see how the incoming tide can cut round you and cut you off from the shore. Some school-friends of mine died out there through being caught on the other side of the ray. The one ‘no-no’ was to go out there if fog were around. I was threatened with a heavy hand if I did. “Yes dad!”…you know how it is when you are thirteen.

This freezing cold day I was up on the wall in my wellies (rubber boots) with my tin of bait and sack and waiting for the tide to drop. A council worker was there mending holes in the wall, and we had a chat as I waited.  He thought the fog was coming up and advised me not to go out there. With all the confidence and certitude of ignorance I said I’d be ok and walked out over the mud, through the ray, and on to the line. I had seventeen plaice (flounder) and a 10 lb. cod. The cod was half my height. I was rich. It took me twenty minutes to unhook them from the line with freezing fingers and get the plaice in the bag. I kept the cod out to give me balance on the other arm. I wasn’t going to bait-up again, I was too excited. Then I stood up and turned to go. 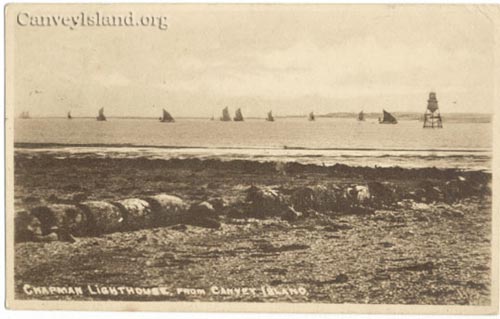 Nothing. I couldn’t see a thing. The fog had come round me. Dad will kill me. The lighthouse was gonging away, but it should have been to the right of me. The trouble was I was so close to the lighthouse that I felt I was ‘inside’ the sound…I couldn’t get a direction from it. So I guessed…went about fifty paces, and I paddled into water. I gingerly edged forward and pushed one foot out to touch bottom, and the water came over my wellies. This didn’t seem right. The tide was still going out, and I should have water only half way up if I were in the ray. It was one of those moments in life where you die, or you live. I had the presence of mind to back out and retrace my steps to the fishing line. I’d made such a mess around it though and couldn’t find the approach I’d made to it. So I guessed again. About one hundred paces. I reached water, paddled slowly in. The bag was soaked and was a dead weight now, but I wouldn’t let go. I was going to show this catch off to the whole world. But, the water came over my wellies again. My feet were squelching and sucking away in there. I was feeling a bit tired. Some primitive survival instinct welled up in me.

“Help! Help!” The council man heard me, and I could hear him squelching out over the mud and shouting “Over here! Over here “, but I couldn’t be sure which way he was calling from. Whether it was an act of faith or stupidity on my part, I don’t know, but I kept wading through the water not caring about the freezing water coming up my legs. Then the water got shallower, and I met the council man as he got to the water’s edge. The other way was a cold miserable lonely death if I’d tried to walk through the shipping lane to Kent. 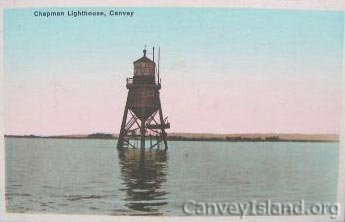 “You silly little bugger. I told you didn’t I?” He took my bag and led me back to the wall. “Don’t tell my dad will you.” I emptied my boots. I was more frightened of a belting than realizing I’d nearly died. “Show me what you caught.” He asked. I emptied the bag out on top of the wall. He picked out three nice thick plaice. “Can I have these?” He said. “Yeah… shilling each” I said. He looked at me a little bit sideways and felt in his pocket. “I’ve got half-a-crown.” “That will do” I said and put it in my pocket. That was fifty-three years ago, and I cringe with shame when I think of it. I was so thoughtless. If that council man is still alive I’d just like to say “Thank you ” for coming out to get me and for not telling my dad, and ask that he forgives me.
Stan. Brisbane