The day this dad became a hero 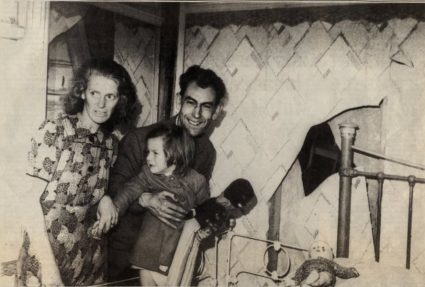 BABY daughter is in tears. Mum still looks shocked. But dad can smile with relief and joy on the day he became a hero. It was September 1940 — 49 years ago this month — and bombs had fallen on South East England during another air raid. This home was badly damaged, with part of the bedroom wall shattered. But the family escaped because father threw himself across his wife and daughter, protecting them from the blast and the debris.

That scant information is all the official censor would allow for publication in those war days. But the family was named Harris and their home was on Canvey Island.