From the Diary of L.S. Tomlinson, (Lofty) Coxswain of ML115 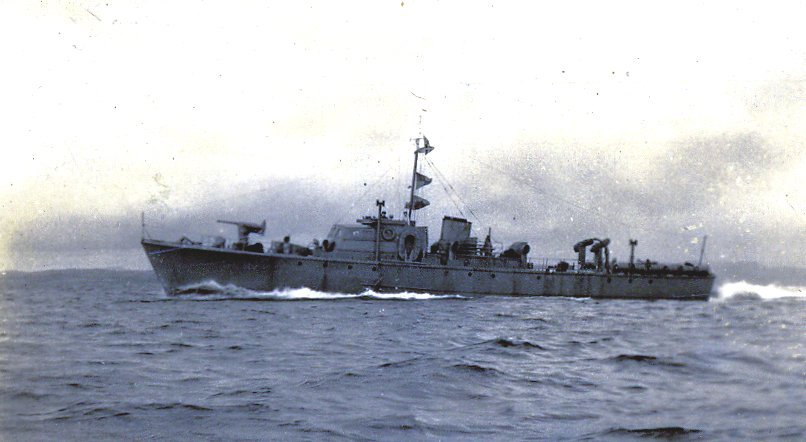 As a result of Warship Weeks held throughout Britain many M.L.s were adopted by the smaller communities.  The 115 was allocated to Canvey Island, a small Isle in the Thames estuary.  In addition to raising £28,000 in War Savings a further £100 was raised to provide comforts for the crew.  A dozen lifebelts, a cycle and sewing machine accounted for the donation. 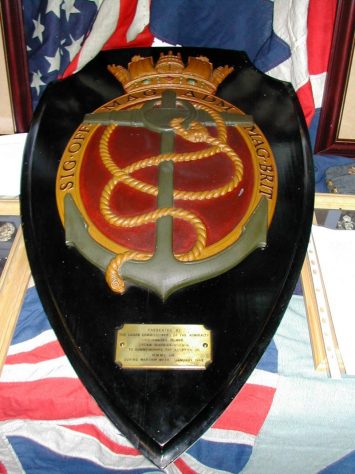 The Admiralty decided to present a plaque to the Canvey Island N.D.C. who decided to present a plaque to the ship.  The ceremony was scheduled to take place on 18th June 1943, so the chairman of the council wrote the Admiralty requesting the ships company to be represented at the exchange ceremony.  Their Lordships replied to the effect that they regretted it was impossible.  As usual their Lordships reckoned without Obie whose scheming mind was soon busy on the subject. 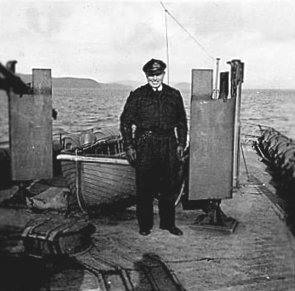 The tiller flat Leak!
The solution in a nutshell, and for the next few weeks the Commander was being continually invited aboard to inspect the serious leak that needed a refit about the 18th June. Finally Obie won through and on June 16th we sailed for Sandbank for a refit.  Overnight the chosen few travelled to London.  It consisted of Obie in his capacity of Lt O.B. Deiter, R.N.V.R, Commanding Officers of  H.M.M.L. 115, Petty Officer H Burchell, as Chief Motor Mechanic, myself as Coxswain, Able Seaman Sheepwash (introduced as Shipwash A.B.) Telegraphist L.Lewis, Ordinary Seaman R.N. Mayes (Bash the cook) 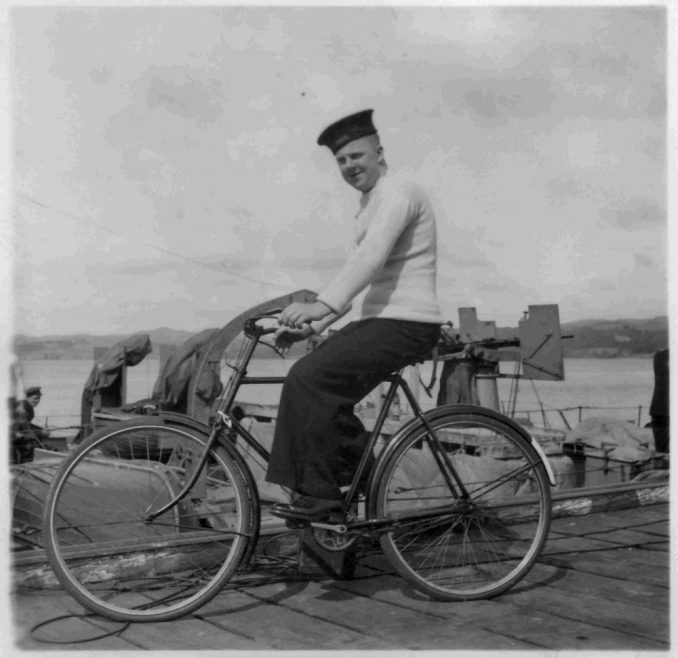 We were scheduled to arrive at noon on the great day and two taxis were sent to meet us at the station.  I arrived in an open sidecar having hitch-hiked from London.  On the island I met Sparks who told me the lads were enjoying fish and chips in a nearby café.  I decided to scout around the Hotel Monico and was immediately pounced upon by an official who pointed an accusing finger at me and gasped “115?”.  He nearly jumped for joy on my confirmation and explained two taxis were scouring the island for us and the Admiral had already been kept waiting nearly an hour for his lunch.  Hastily I routed the lads from the café and we were presented at the reception room.  In turn we were presented to Vice Admiral Snagg C.V.O the Chairman and members of Canvey Island Urban District Council, the chairman of the local savings committee and goodness knows who before we finally got down to lunch.  Then we were whisked away in taxis to the Council Chambers for the ceremony.

Lined up outside were the A.F.S. and Home Guard.  Also there were the Boy Scouts, British Legion, Air Raid Wardens in fact anybody in the island who had any sort of a uniform was there. The Naval Guard of Honour was drawn up from the local Boom Defence Unit.  Inspections complete we entered the building to be presented once again to those whom we had already been presented.  Outside the building we heard the various speeches being relayed then we were rushed off in the taxis again to the Hotel Monica for tea. 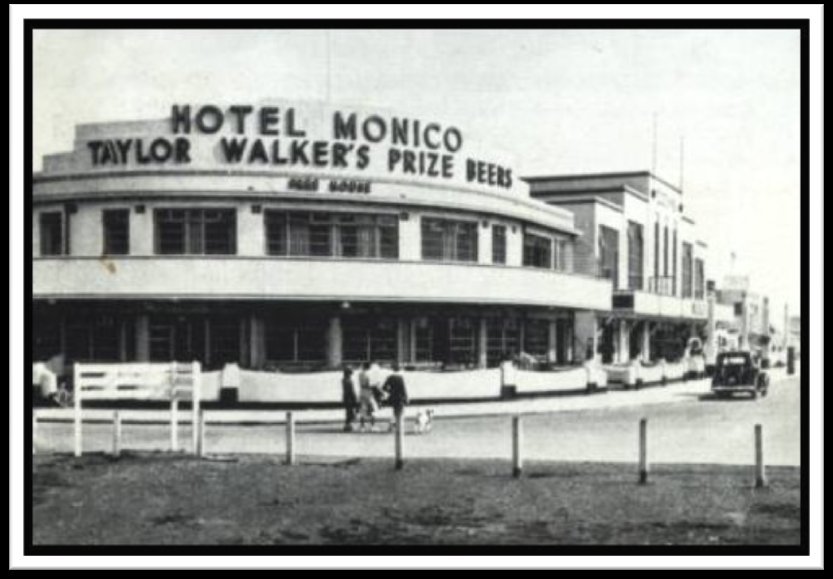 In the lounge we were pampered at a tea party during which each of the Council ladies offered us sandwiches then expressed indignation and surprise at our polite refusal. We next found ourselves free for a couple of hours until the bar opened.  With it the night also opened for all the local celebrities began to gather for the dinner.

The dinner transpired to be quite a formal affair with all concerned with the Savings Movement in attendance.  The speeches proved rather boring being mainly political and other local subjects which were no concern of the real issue.

Local Councillors boasted their intended programmes, the Savings Commission publicised the coming “Wings for Victory” campaign, and the Admiral divulged his exploits of the last war.  Obie simply proclaimed the Royal Navy as the silent service while Wing Commander Aith the local M.P. rambled away about old age pensions. 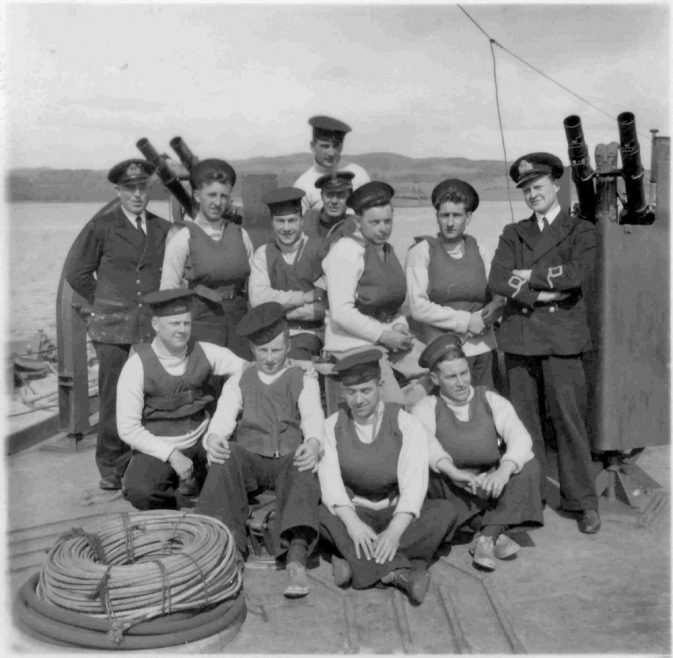 We were nearly asleep when the party adjourned for the dance.  We all stood up and off went the Admiral followed by Obie, off went Bert with me close astern.  Close on my heels came Sheepwash, then Sparks, with the Bash trailing aimlessly on the end.  In the dance hall the music ceased as the procession crossed the floor with the Vice Admiral leading various ranks according to seniority terminating with Ordinary Seaman Mayes.  The microphone was handed to the Admiral who after a few words introduced Obie.  All Obie said was quite truly that he had said enough but he would introduce the Coxswain of the 115.  Of course it was one of those moments when I happened to be at the other end of the dance floor. By the time I had strutted across to the microphone I was only able to state a few words of appreciation and to the effect that the ships company would not fail the expectations of  the people of Canvey Island.

Much to the relief of all present and more so to myself the band struck up and we were free to enjoy ourselves. 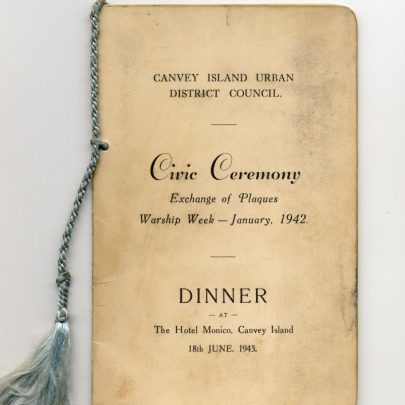 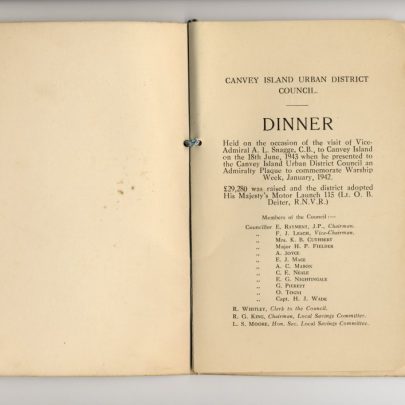 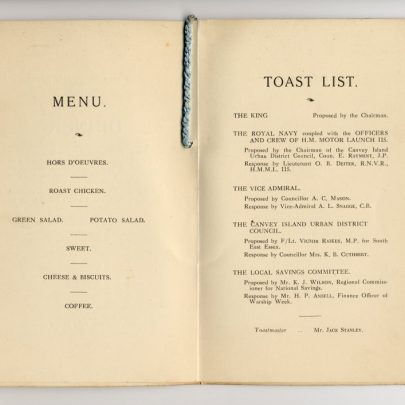 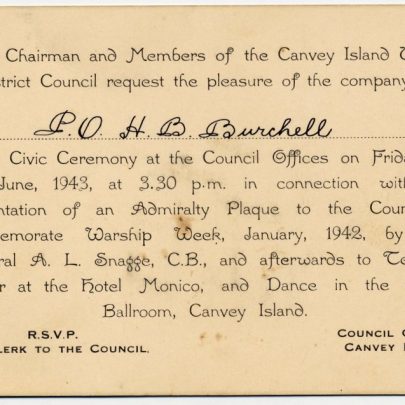