B17 crewman meets our Royal Family

Richard Andrews was one of the six surviving members of the crew of the ill-fated B17 bomber that crashed off Canvey Point. He is now one of only two still surviving. He has sent us this picture showing him meeting the Royal Family. 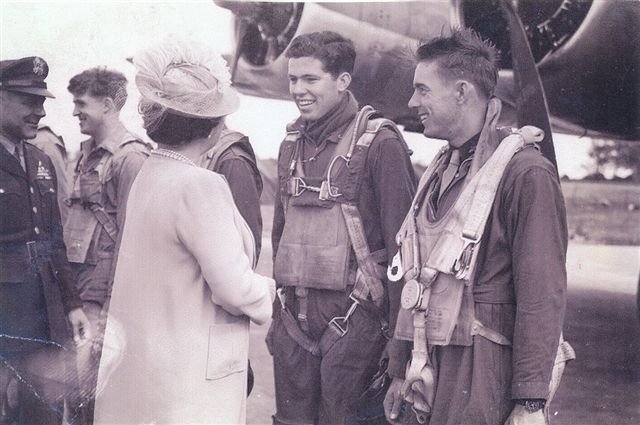 “I had a very big honor in being chosen to meet the Royal Family when they visited Kimbolton. A special crew was formed to be the ones to talk to the King, Queen and Princes of your country.  I’m the second one in from the right, talking to the Queen. What a privilege and unforgettable experience.”