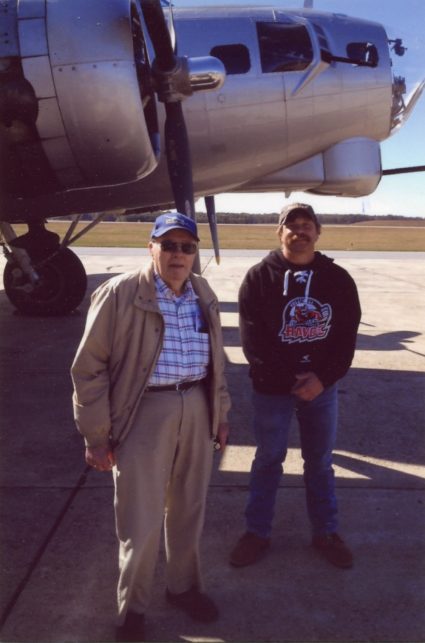 On this, the 77th anniversary of the B17 Collision in the skies above Canvey, we can tell you the last survivor, Dick Andrews, now aged 97, is still alive and living with his 93 year old wife in the home he built in New Jersey.

His daughter, Barbara, says he is ok but his condition is worsening. He never fully recovered from the stroke he had several years ago.

On this day we think of Dick and the other men from that day 77 years ago.

You can read many pages about the incident if you click here.