Letter from The Queen Mother 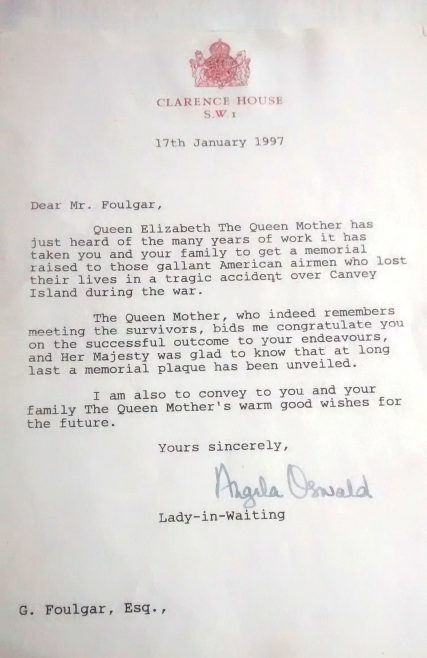 Back in the 90s Gary Foulgar raised awareness that there was no memorial to the crew of the two B17’s that collided in the sky above Canvey Island in 1944.

Through his determination he managed to persuade the right people that we should have a memorial to them and this was eventually placed on the War Memorial at the Paddocks.

More can be read about it here.

This is a letter from the Queen Mother, who had met some of the B17 crews and in particular Dick Andrews. Dick is the last surviving member of the Heavenly Body which was one of the two planes mentioned above. Heavenly Body crashed off the coast of Canvey Point.

Today there are memorials of different kinds at the nearest part of the seawall at the point.