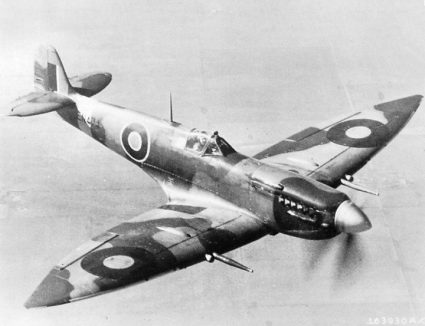 My mother, dad, sister and I had lived in Pitsea and Leigh on sea before moving to Canvey Island and the War broke out when we lived in Pitsea. I saw the very first squadron of Luft-Waffe Heinkel 111’s streaming across Pitsea on their way to bomb London. Soon there were “dog fights” between Spitfires and Meschersmitt 109’s right above our home and I have the awful memory of a pilot jumping out of a burning M.E.109 and his chute did not open!!!!

We moved to Thundersley, where my Dad, after doing “plane spotting” with the Home Guard, was called up into the army and soon left for North Africa to join the 6th Armoured Division. After another quick move,and short stay in Leigh-on-Sea my Mother, in her wisdom, thought that we would be safer on Canvey Island!!!  So in 1941 we managed to rent a bungalow at 118, The Parkway and my sister and I were soon enrolled at Kingsley Hall School. 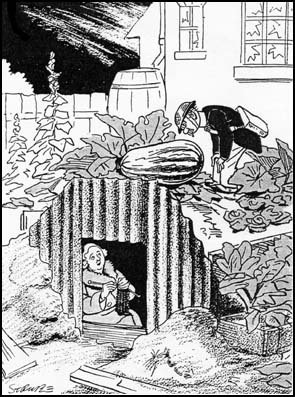 I remember that the Driveway and the Parkway had coiled Barbed Wire running the total length of the streets  with openings to permit access to the houses from the roadway. I believe that an invasion was a distinct possibility and there were also concrete Tank barriers. Each home had an Anderson air raid shelter in the back garden, however, due to the high Water Table on Canvey the shelters were always flooded and un-usable. Small pumps were installed to counter this problem but our pump never worked properly.

During the nightly air raids our mother would get us up and we stood shivering with cold and fright as she held us close to her at  the front door. We would listen for the drone of the heavily laden Heinkel bombers knowing that the German pilots would be using the  River Thames for their easy  navigation to London and the quick dumping of their High explosives and incendiary bombs. Of course, as the bombers passed overhead a huge barrage of anti aircraft guns would begin, the noise was horrific together with the falling of the dreaded shrapnel that “chinked” on the road and our roof. As there were very strict “black-out” rules in effect we had to endure the air raids in total darkness, praying for survival and the “all clear”. 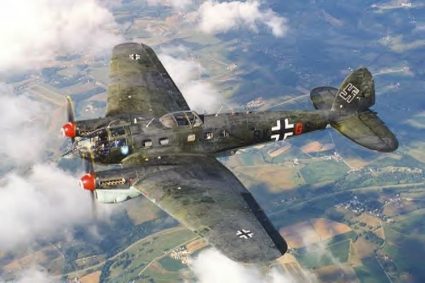 Our Mother had started working at the shipyard in Benfleet, I believe they repaired Motor torpedo boats during the war and I can see her coming home each day in her overalls, covered in red lead paint. Each morning, before leaving for work she would tell us that if the siren sounded before we were halfway to school to run back home, however, if we were more than halfway we should hurry on to school and to the air raid shelters there. (We had switched to school on Long Road)

There were some field like areas between the Parkway and the Driveway in those days and where the boys from both streets would play soccer.  When the air raid siren sounded, mothers from both streets would be yelling for their sons to come home. As the war progressed the young boys on Canvey became very knowledgeable regarding the silhouette and sound of just about every type of aircraft being flown in the skies over Canvey. It was not unusual to hear “that’s a Dornier, a Heinkel meschersmitt, F.W. 190” or simply “that’s one of ours”.!!

Then there were the Air Raid Wardens, usually locals who would be required to patrol the streets looking for any faulty or imperfect Blackout in the homes and that could possibly be seen from above by the enemy air crews. The wardens were very strict and became almost feared by the families, trying desperately to follow the rules, and most households were without a male figure as many of the husbands and fathers were away, fighting for their country.

Another war-time event that started happening once the Allies really began to retaliate for the bombing of British cities and towns  was to take place over East Anglia.  Big four engined bombers from either the R.A.F. or American 8th bomber command would begin to form up over areas like Canvey, before heading out over the Channel to carry out their “carpet bombing” of occupied European and German cities and weapons depots. Boys on Canvey would attempt to count the number of bombers, but they carried out their assembly and testing of engines, communications and flight controls at a great height. It was not uncommon to see as many as 150 or more and with each bomber having 4 engines there was a constant muffled roar. They would travel in a huge mass circle before pealing off to head South. Now and then a single aircraft would drop down and head back to their airfield probably having found some equipment defect. That crew, taking a big sigh of relief!!!

Those early war years were frightening enough with the incessant air raids by conventional enemy bombers, but for me, the arrival of the “Doodle Bug” was the worst. Those pilotless rockets (V1’s) travelling at about 450 m.p.h. with their single,  roaring jet engines which were located above the feuselage and tail, ( I shall never forget that sound) and the long flame streaming behind,  were a terrifying sight. Sometimes they were low flying over the Island and as long as you could see the flame and hear the sound you knew that they still had enough fuel to reach London or other targets beyond.  I actually saw the one that dropped in the Dutch Village area, it’s engine stopped just as it passed over our homes, then came the inevitable explosion as it nosed into the Village. My sister was in our kitchen and when the Doodlebug exploded there was quite a “shock wave” and all of the pots and pans fell off a shelf, she was very shaken to say the least. Of course, the anti aircraft guns and the Spitfires would do their best to hit or intercept these terror weapons and were successful occasionally.

Towards the end of the war, Hitler unleashed the V2 rockets, which gave no warning of their approach and were only sometimes seen as a streak of light at the end of their trajectory. Thank goodness for the brave allied Bomber crews who went across the Channel to bomb the launch sites of these weapons, and the evential end of the war.

This all happened such a long time ago but some events will remain in my memory, events like the B17 collision which I witnessed too but, which has been well documented and researched by others.

Of course, there were many other scary and dreadful happenings during the war on Canvey, some were personal, family things which I needn’t document here. I hope that my memories have touched others and helped them to recall their own adventures during such a stressful time for any young person living on Canvey Island during the war.