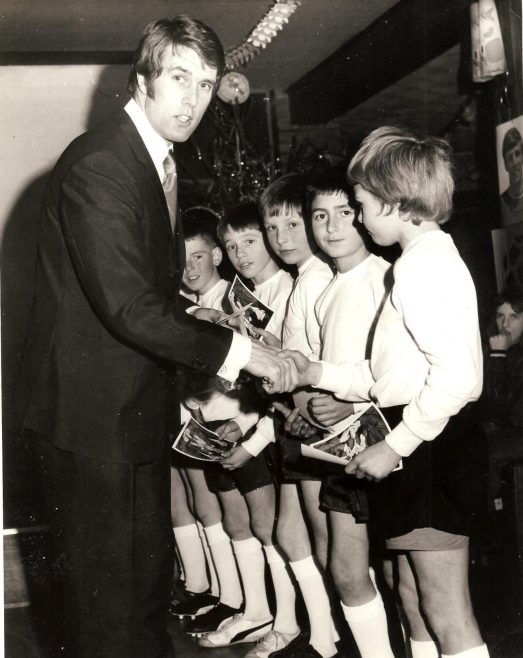 Back in 1969 England were still the World Cup holders and one evening over the Christmas period Newlands under 13’s were about to unveil their new kit to the world!

Such an event warranted big names and at the time there were none bigger than West Ham’s Bobby Moore, Geoff Hurst and Martin Peters. Unfortunately Bobby Moore had to send a sub, West Ham’s Johnny Sissons, but it did not spoil the evening. Also present was Kenneth (they think it’s all over…it is now) Wolstenholme.

The new kit was a replica of that worn by the England team and it was to be used for an upcoming European trip to Holland, Belgium and Germany. 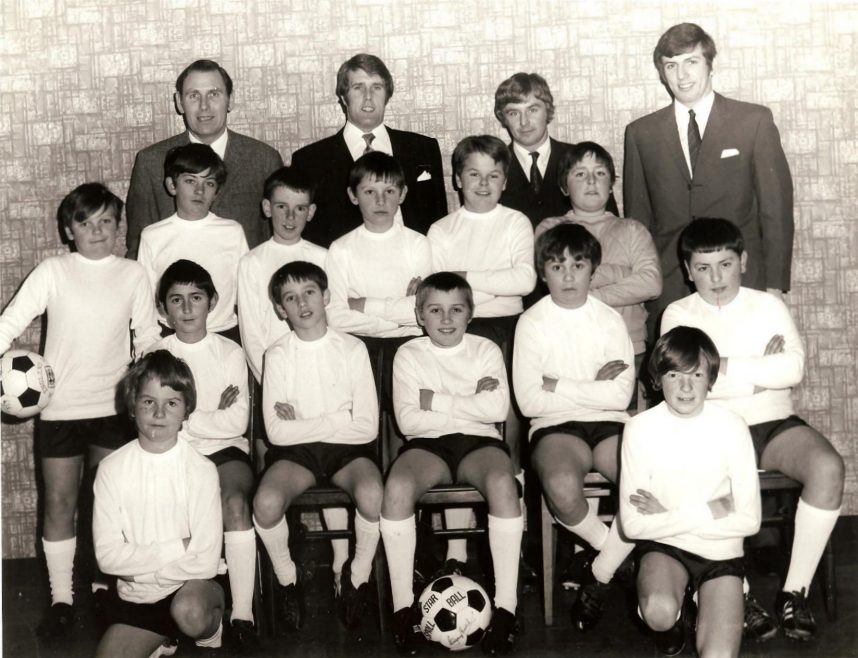 We trained once a week at the then Newlands Holiday camp under the supervision of Brian Hills and played every Sunday, managed by his younger brother Les.

I don’t remember us winning too many trophies but we were a team of triers that probably lost as many as we won. None of us went on to make a career playing although our goalkeeper was one Jeff King!

I cannot name all of the players but can recall a few. 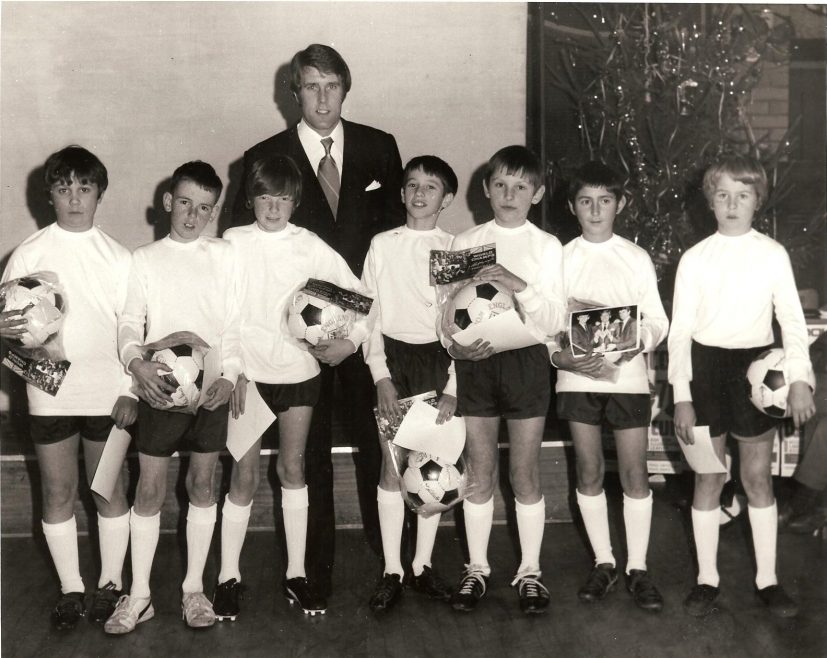 With our souvenir footballs