This picture of the Georgettes Juveniles and their ‘Swan Lake’ 1st prize entry in the 1950 Canvey Carnival was sent in by Irene Bailey (née Woodhouse) who was a member of the troupe.

Irene says:-Gloria Paul, later became a Tiller girl at the London Paladium and then a Bluebell girl at the Lido in Paris. Many years later she was in the Morcombe and Wise film, ‘The Intelligence Men’ 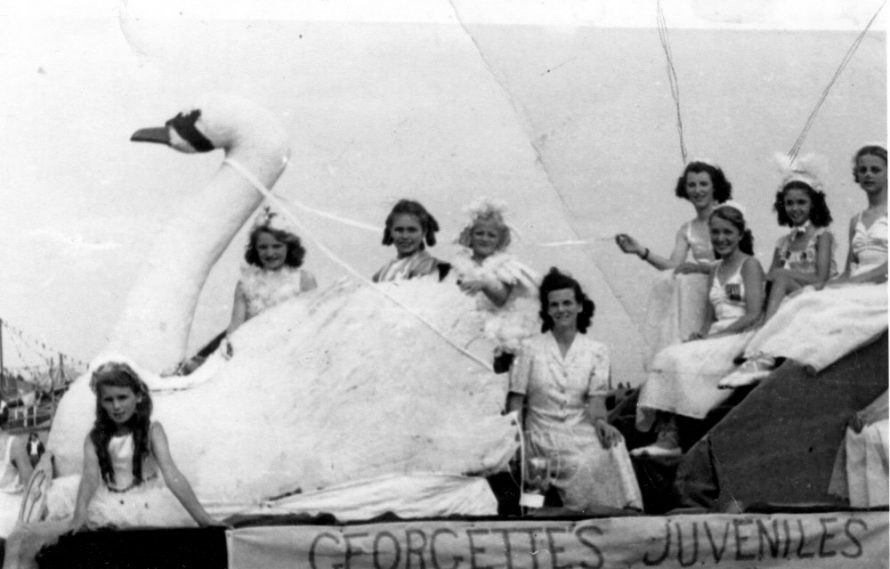