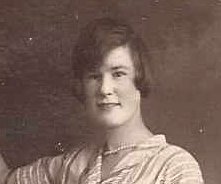 Born Ada Noble in 1904 in Edmonton, London, she married Edward Andrews in 1924.  She worked in a shoe factory in the East End of London in the thick of the WW2 bombing raids.

Her parents had moved to Canvey and Ada and her family joined them in 1932.

In 1938 she joined the St John Ambulance as a trainee volunteer nurse and worked from the original First Aid hut which was situated opposite where the Lubbins car park entrance now is. 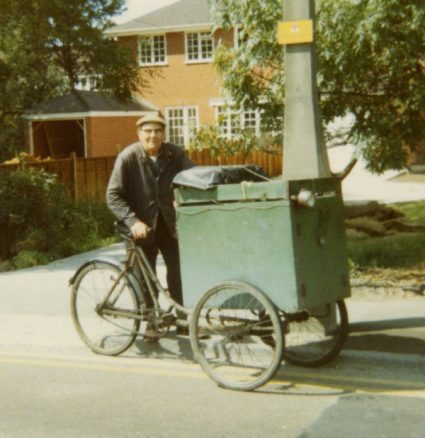 Ada and her husband Ted, as he was known, lived in various places on the Island including in 1941 Hanslope Cottage right next to the old Dutch Cottage in Haven Road. Ted worked for Stevens bakers delivering bakery products from his 3 wheeled bike with the big green box at the front.

There isn’t much written evidence of her career with the St John Ambulance.

The most important event for which she is recognised, but not at the time, was her involvement in the rescue and first aid help she gave to those caught in the Doodlebug explosion in Deepwater Road. One of those she helped was Ray Howard, a 2 year old caught in the blast and suffering from shrapnel wounds. Thanks to her first aid before he spent weeks in hospital recovering, he has been able to lead a long and rewarding career in local government, always championing Canvey and its people.

June Knock nee Ward, who lived in Deepwater Road, said that in the back room of Ada’s cottage there was an old style candlestick phone. This was used by the St John Ambulance to warn her she was needed and they would pick her up in the ambulance in the village or perhaps she’d have to cycle quickly to the ambulance station situated in the Council Of ice building on the corner of Sydervelt Road.

For those in need of her help who didn’t live close by they would phone her, June  thought Ada’s number was 70 or 90. With no National Health Service and low incomes, Nurse Andrews was the first port of call for medical problems because as June remembers it was 2/6 (25p) to see Dr Stevens, the only Dr on the Island.

When WW2 began Essex County Council gave her authority to be there to help those who may be injured as a result of enemy action. She was also trained in ‘Last Offices’ (the preparation of a deceased body prior to burial/cremation) and occasionally worked with Stibbards the local funeral directors in that capacity. But it wasn’t all doom and gloom because there were a few occasions when she helped mums bring their newborns safely into the world.

1944 was a dramatic year for some of the residents of Canvey  including Nurse Andrews. In that year there were 2 major incidents, one off shore on a ship moored at Hole Haven and the other the result of the doodlebug which fell in Deepwater Road. Living in the village Ada could quickly come to the aid of those injured. In the case of the ship she helped a wounded sailor in February of that year and during the summer in July she rescued Ray Howard, as mentioned above and gave first aid to others who had survived the explosion with only the basic of medical supplies and equipment. Nurse Andrews wasn’t officially recognised at the time for her bravery and selflessness in those 2 incidents, although the captain of the ship did send a letter of thanks. It was a lot later on before she received proper recognition for her deeds.

After the war ended and the NHS was set up in 1948 she continued to work for the St John Ambulance but no longer confined to Canvey her job now took her countrywide to big sporting events, London theatres and some exhibitions. She was also given the responsibility of maintaining drug and equipment supplies for the ambulance service in her area. Soon after she was promoted to ambulance attendant and accompanied patients to specialist hospitals.

As well as manning the First Aid hut at the seafront during the season she also set up the St John Cadets with pupils from local schools who would be on hand when the annual carnival took place.

It’s a pity that there seems to be no record of her story during the 1953 flood. 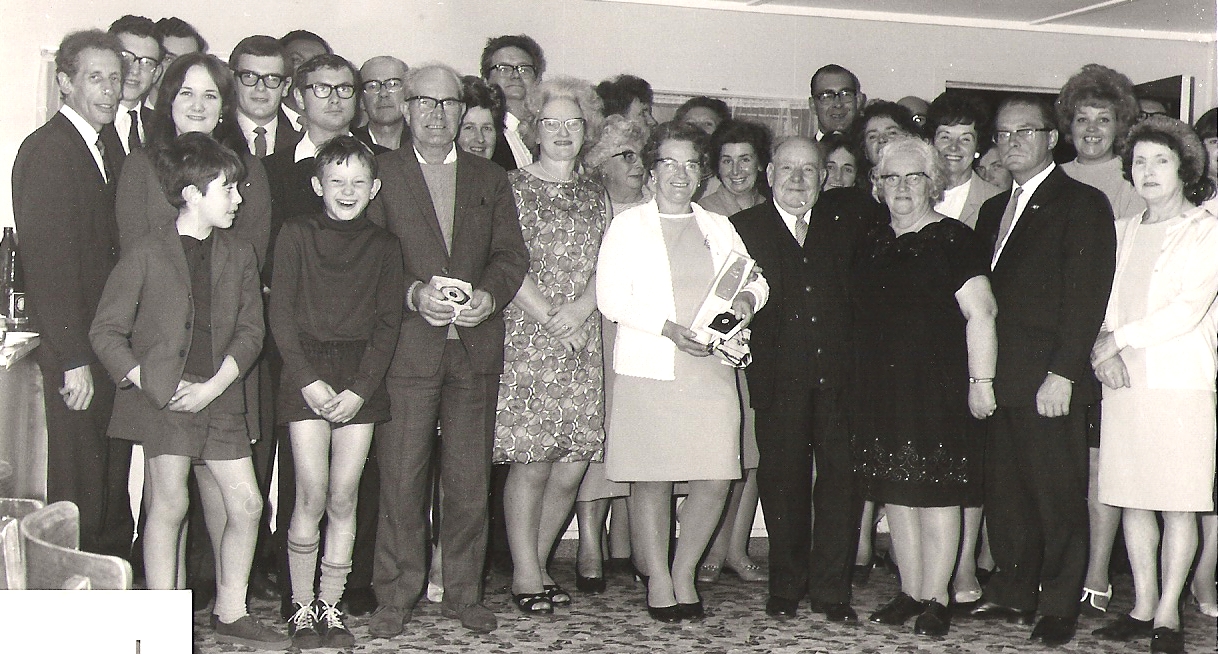 Members of St Johns Ambulance back in the late 60’s. Nurse Andrews is in the front row third from right. Photo courtesy of Kathy Mc 2010

In 1955 she was awarded a long service medal for 17 years unbroken service. When she finally retired in 1976 she had totalled almost 40 years of service.

In 1956 she set up the Nursing Cadet Division and became the Cadet Officer in 1960. 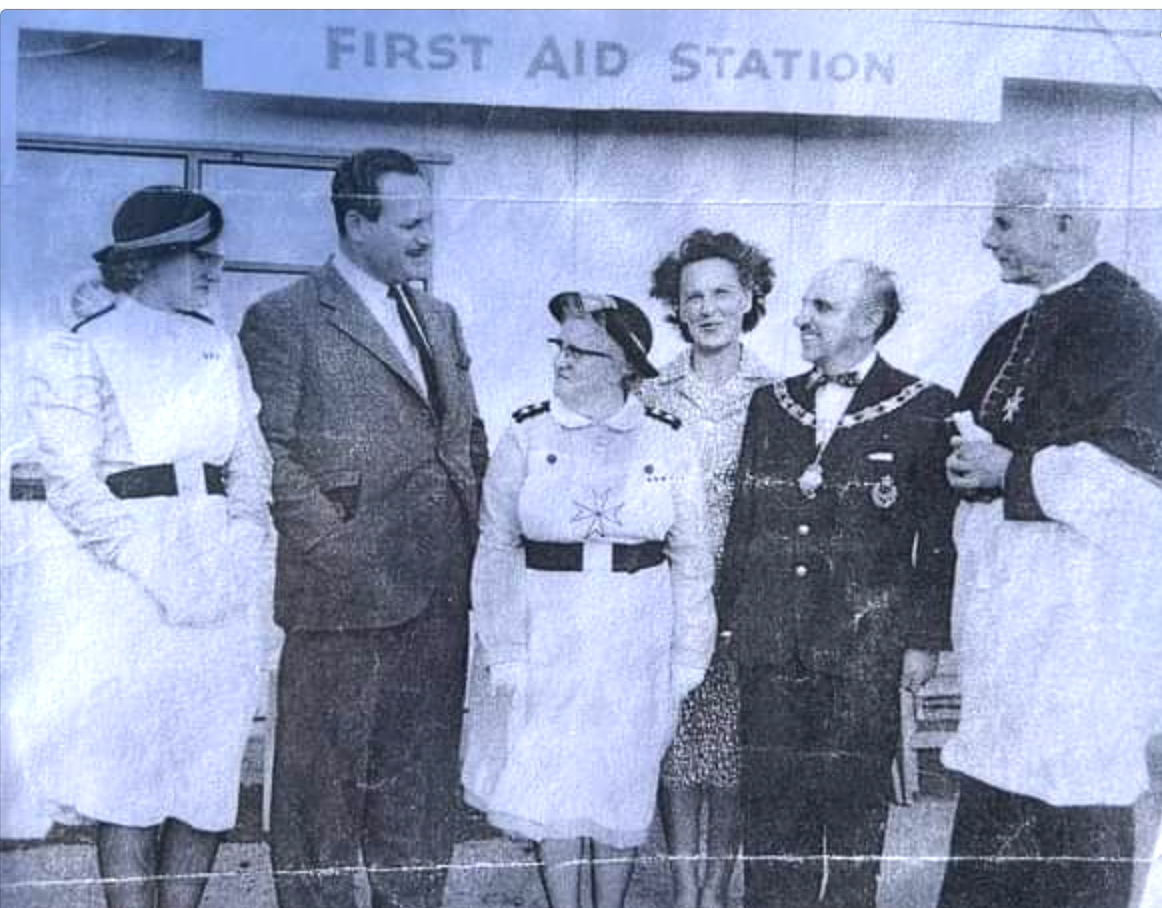 1963 saw the opening of the new First Aid hut opposite the Monico where she continued to work in the season.

Years later in 1971 she had the honour of receiving the title of Serving Sister of the Order of St John. A fitting end to a long career of service to the people of Canvey. 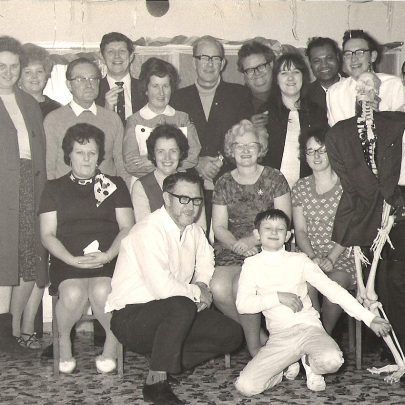 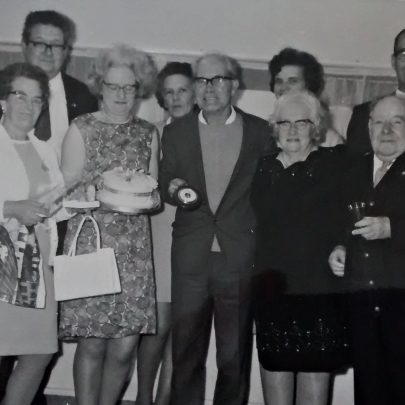