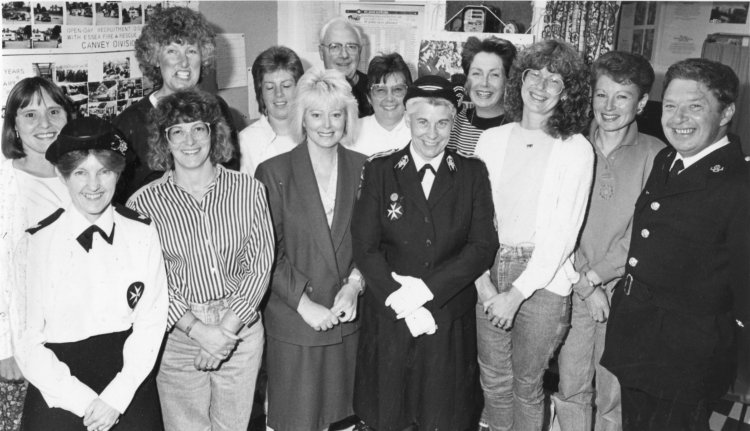 In an emergency firstaiders will be first in line with the kiss of life.

Having just completed a 12-week course with the St John Ambulance in Canvey, these newly-qualified first-aiders, seen with their exam­iners, later toasted their training success with a glass of bubbly.

They were put through their paces in a test after learning how to deal with fractures, blood loss and re­suscitation techniques.

All passed with flying col­ours and were presented with their certificates by deputy county commissioner Joan Logan at the Eastern Espla­nade station.

Just one man ranked along the woman-dominated group.

Training officer Geoff Arney said: “Women come along because they want to but men have to have a practi­cal reason, for example be­cause they need it as a life­guard or martial arts teach­er.”

He believes they are all now capable lifesavers.

The date of the photo is 1990. The three in uniform the front are Christine Summers, Joan Logan (Deputy County Commissioner) and Geoff Arney Divisional Officer. The other ladies and gentlemen have passed their course.

Although I was not part of this course I did take their course twice at evening classes and passed as the certificates below show.