A 1957 production of Beside the Seaside by the Dolphin Theatre Group. Once again Dudley George has come up with photos, cuttings and the programme. 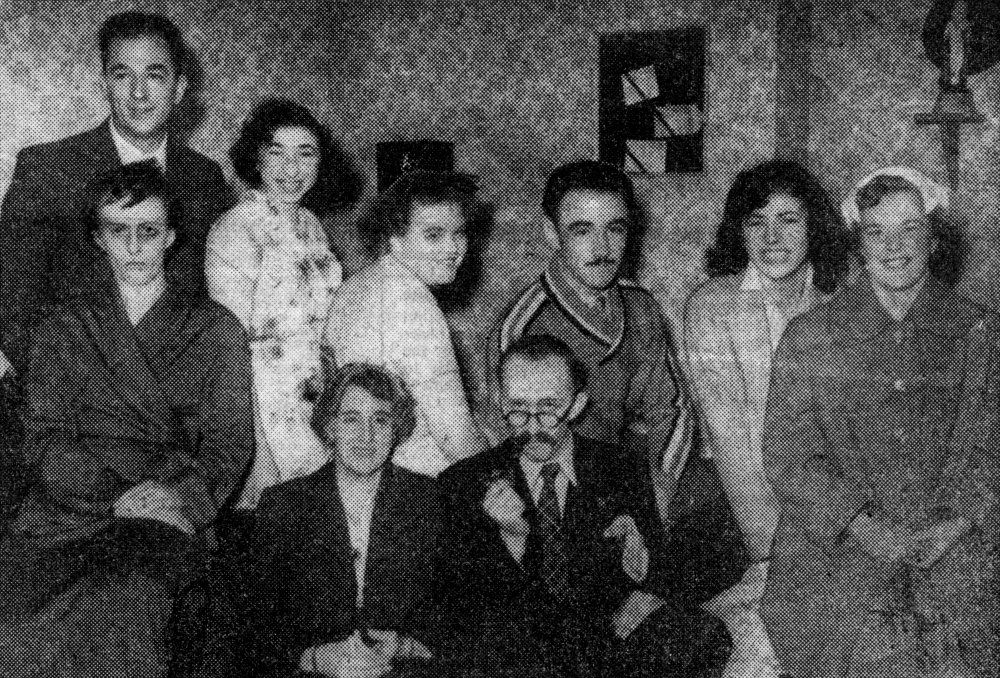 The Cast of ‘Beside the seaside’

“Beside the Seaside.” a three act play by Leslie Sands, was delightfully staged by The Dolphin Theatre Group at Canvey War Memorial Hall performed on Thursday, Friday and Saturday, it gave them a chance to show what they could do with a piece of broad comedy – and how well they took it.

They were offered many of the traditional ingredients of English farce — a boarding house keeper and her domestic servant, two elderly holidaymakers and their daughter, a honeymoon couple and a pair of artistes.

Even the disembodied presence of mother-in-law was provided, thanks to a telephone call-box lent by Southend telephone manager.

That splendid mother-and-son team Maye and Dudley George came right to the fore as the Pearsons and Dudley was superb in a difficult part which covered the whole gamut of human emotion tor the play had a serious side. As his “wife” Maye had a character after her own heart.

Iris Debnam as the boarding house proprietoress did extremely well and it was pleasing to note those little extra refinements that make a difference between a performer and an artist. 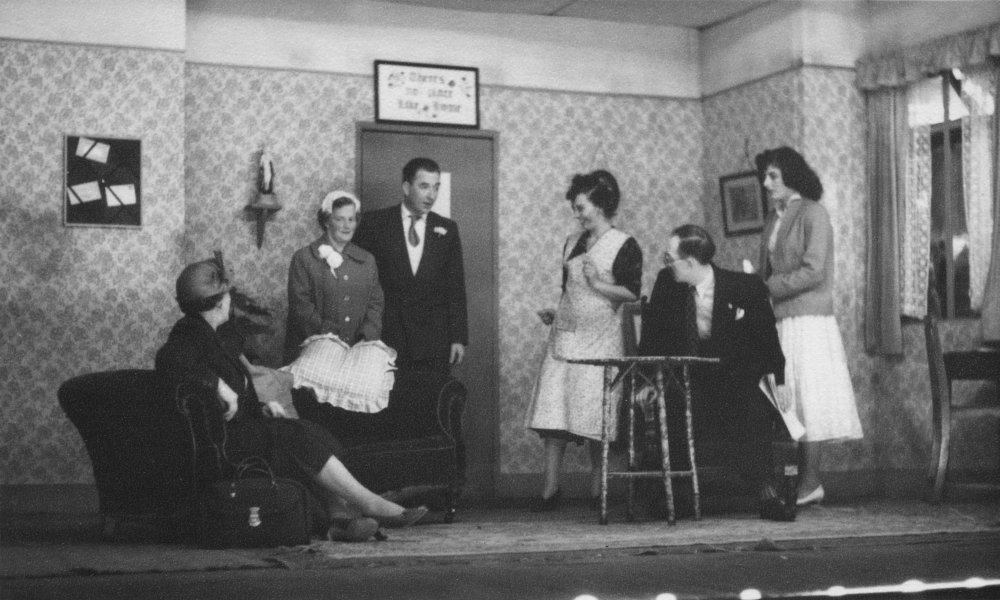 Scene from ‘Beside the seaside’

Pat Silveman and Brian Goudge as the people in show business never faltered and although they were not often on stage they blended perfectly. Sylvia Fullick as the sometimes errant daughter of the Pearsons handled her part convincingly, particularly in the last scene.

Reginald Goudge and Ruby Benson were an excellent honeymoon couple, nobly refraining from overplaying their parts for too much emphasis for gaucherie could have ruined one of the finest productions the group have staged. Valerie Browne as the domestic showed that she has a future in local dramatics. 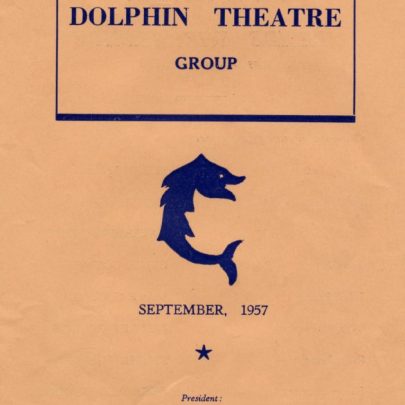 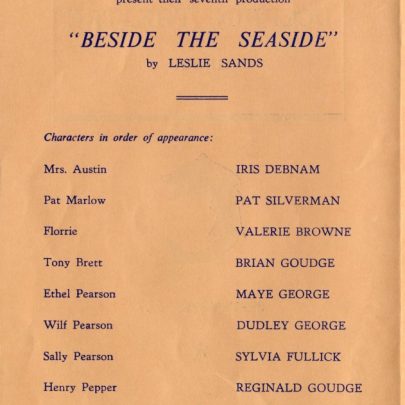 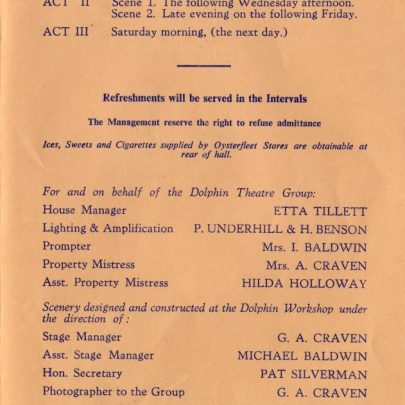 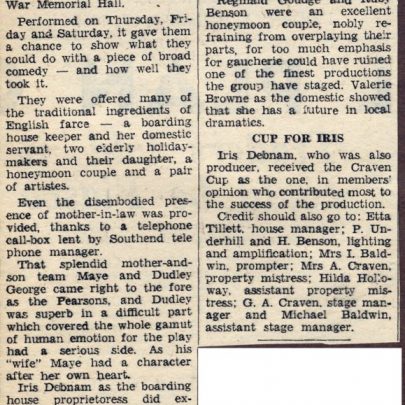