'But Once a Year'

Another newspaper clipping from Dudley George tells of the Dolphin Theatre group’s play ‘Once a year’. 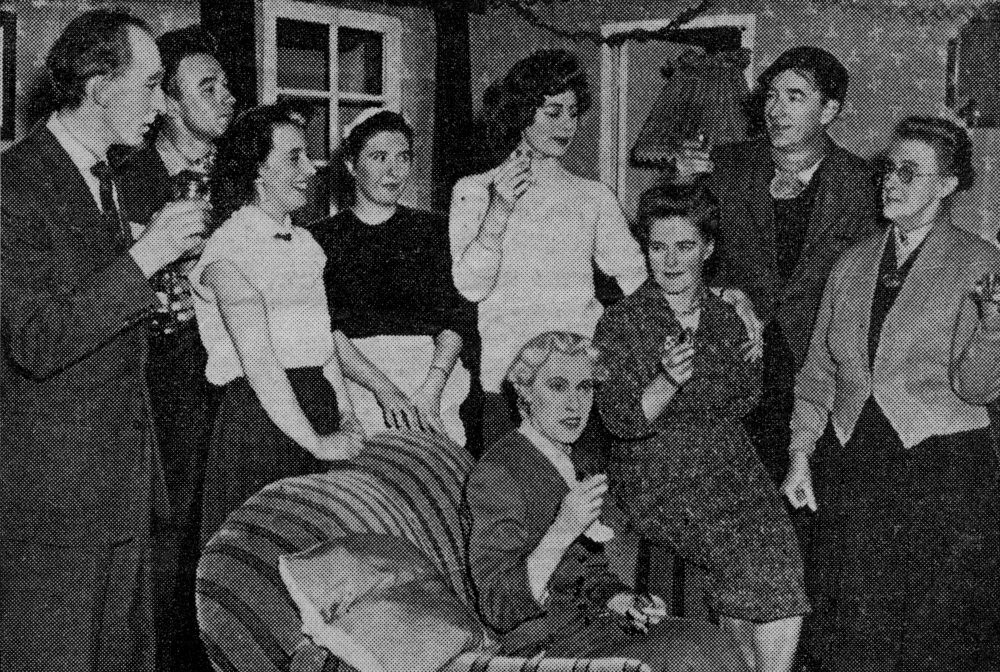 The cast of ‘But once a year’

The ninth production by the Dolphin Theatre Group at Canvey last week was a comedy, and praiseworthy acting’ ensured that the play, “But Once a Year,” by Falkland Carey, came over well. The cast won loud applause. They deserved it because shortly before opening night one of the main actresses, Hilda Holloway, fell ill and her important role was taken over by Iris Debnam. Iris coped magnificently with the unexpected turn of events, and she was ably backed up by the rest of the cast.

Brian Goudge, no stranger to Dolphin fans, gave a refreshingly comic portrayal of a teenage artist, and the two unusually demanding’ parts of Aunt Topsy and Uncle Ned were efficiently tackled by Maye George and Dudley George. Ability was needed to bring those two stage characters to life. A kind-hearted burglar was the amusing role given to Reginald Goudge and he made the most of it.

No-one can fairly be singled from the cast for extra praise, with the exception of young Iris Debnam for stepping into a key part so well. Everyone justified their place in the cast—even smaller parts were performed with a polish that showed attention to fine details.

Ruby Benson and Etta Tillett were congratulated on their performances, and applause was won by Sylvia Stanbridge, William Gillman and Maureen Lovett. Maye and Dudley George were producers, prompter was Peggy Stevens and lighting was arranged by Mr. D. Underbill. 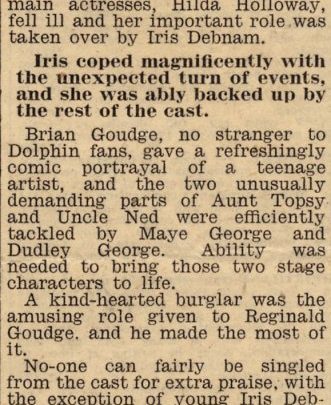