The History of Kynoch's Club 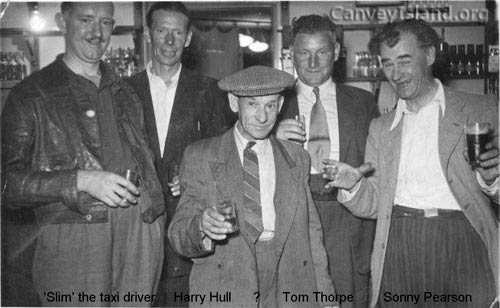 ‘Here is a photo of some of the Kynochs Club drinkers. I’ve put the names on the photo, they were all old Islanders. I don’t know Slim’s proper name, he was always known as Slim!! Harry Hull had I think three boys and a couple of daughters. I don’t know the name of the man in the middle, my father is next. Sonny Pearson if my memory serves me right owned the Sunnyside Hotel which then became the original convent school. I think he also set up or helped set up the Boxing Club.’ 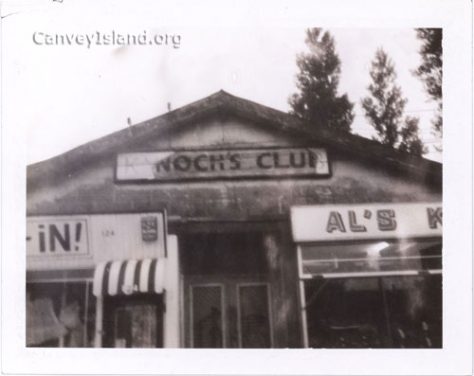 ‘The photo was taken in the inside bar where the toilets were, not the bar where the stage was. I don’t know if you’ve been able to get inside there to look [Yes I have see HERE!]. There used to be a side door that was open and the poor place was badly vandalised in the 1970s.’

‘Did you know there was also originally a Canvey Club around the corner from the Existing Canvey Club? It looked a bit like the photos of the Small Gains Club but it burned down in the 1940s.’ 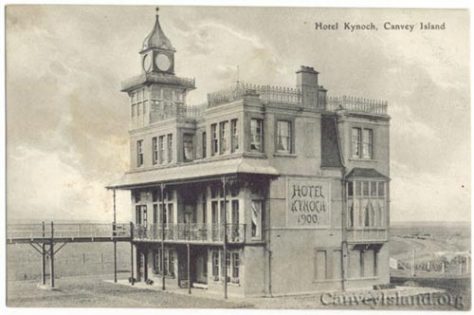 ‘It was originally owned by Charlie Neale, who owned the bookmakers and Bill Adams worked for him, but then Charlie sold it to Bill.’

‘The Kynochs and the Canvey Club were both owned by Bill ‘Nigger’ Adams (not politically correct, but that was his nickname as he had dark hair and a swarthy complexion). I belive that he couldn’t read or write but was an excellent businessman. He also had a scrap metal dealership. His son Billy later owned the Windjammer Pub on the seafront. There was also a daughter, Carol.’ 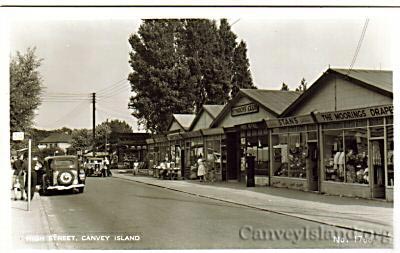 Post Card of Hartfield Parade in its hey day

‘The Kynochs had two bars. You went through the front doors then in through more double doors into a large room with a bar counter which continued round into a smaller bar, in the left hand corner by the door. At the far end of the room was a stage which I seem to remember had a door on the right that led outside. In this large bar were also a couple of billiards tables.’

‘The second much smaller bar had a a couple of doors leading to toilets in it. I was only ever allowed to go into that bar if I needed the toilet, otherwise I stayed in the large room. There was a piano by the door that led into the smaller bar and my mother often used to play and sing there (I think that’s where I also first sang when I was about five or six!)’ 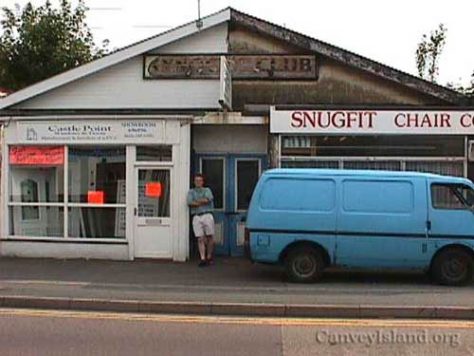 Hartfield Parade in 2001 – The sign has faded badly since then

‘I believe there was sometimes entertainment on stage, often organised by Rosa Keegan who would juggle with cigar boxes and whose husband rode a monocycle. I believe he had been in the circus as had Rosa. She seemd old when I was young althought she may only have been in her 50s or 60s. She was one of the characters of Canvey in those days. I think Terry O’Dare also used to drink and occasionally sang there in his latter days (you will remember him from your items on the Casino ballroom). There was usually an outing organised at Christmas for the children to go to London by coach to see Bertram Mills Circus or, in later years an ice show.’

‘The old Canvey Club was on the same side of the road as the existing Canvey Club but just around the corner, about opposite what is now Gwendalen Avenue. After it burnt down there was just a small area of grass and trees there but about 25 to 30 years ago a row of houses were built there.’ 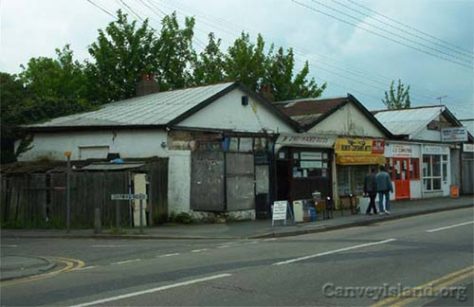 Hartfield Parade in 2004 – The shed left has since been demolished

‘I don’t know if Billy Adams or Carol are still on the island but they would be a great source of research on those clubs.’

‘Another club during the 1920s on the Island was the Clarendon, which was down Clarendon Road, off of Seaview Road. It was in a house there. I think I’ve told you before that many celebrities of the 1920s used to come to stay on Canvey in the summers and some would go to the Clarendon (my mother also used to sing there.)’ 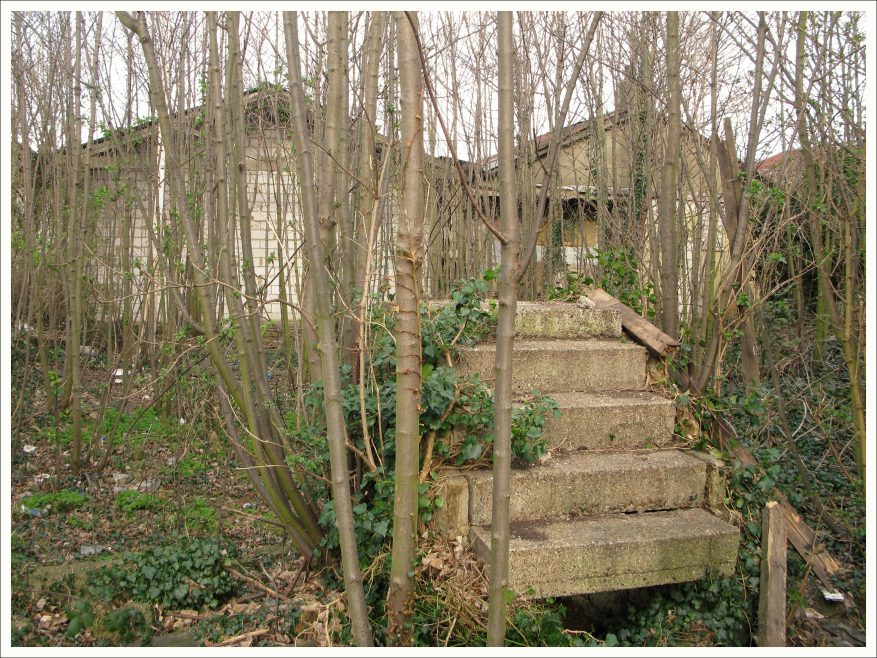