Canvey Artistes are in a dilemma

They have nowhere to present plays

On the 13 June 1952 “The Pompadour Players” were reported in a local newspaper as being all dressed up and nowhere to go. Thanks to Dudley George and his fantastic collection of clips and photos we are able to reproduce here one of those clips which gives some of the ‘Players’ history. The clip itself can be seen in the gallery below. 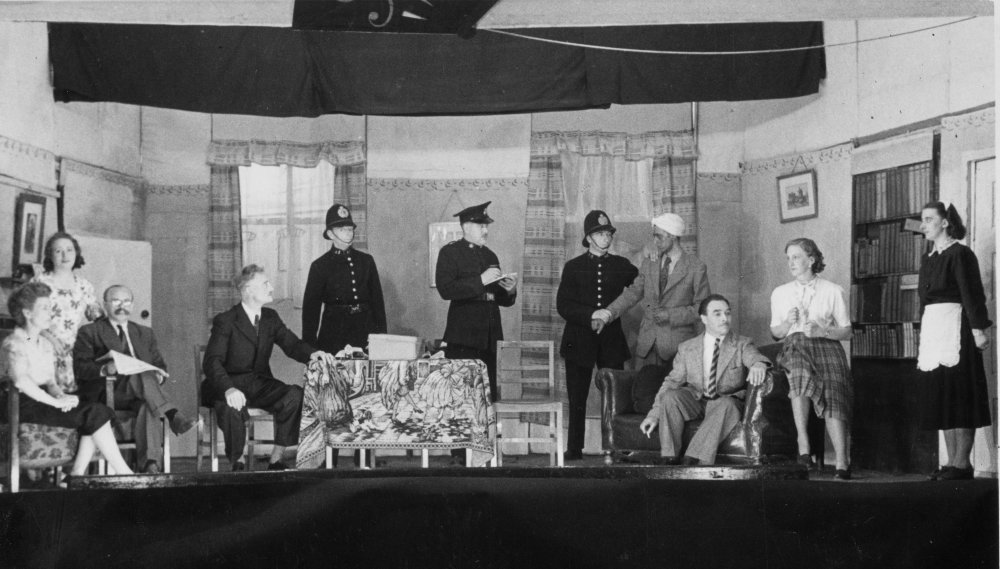 Canvey Artists are in a dilemma

Because one of the only two licensed halls on Canvey is to be turned into school classrooms, a local dramatic company, “The Pompadour Players,” will not be able to present any further plays in public for some time.

This was announced from the stage of Long Road Primary School on Friday when the Company presented “Murder on the Second Floor.” a three-Act play by Frank Vosper.

Co-producer Henry H. Harrison told the large audience that it would be the last show in the hall and for a time the company would be without a hall. “We are all dressed up with nowhere to go.” he added.

Later a spokesman said that the hall was to be turned into extra classrooms and that the platform was to be taken away.  The other licensed hall—the Women’s Institute—was too small. The speaker said: “We are carrying on rehearsals of two new plays at Nightingale’s Cafe.” The company has 20 playing members. 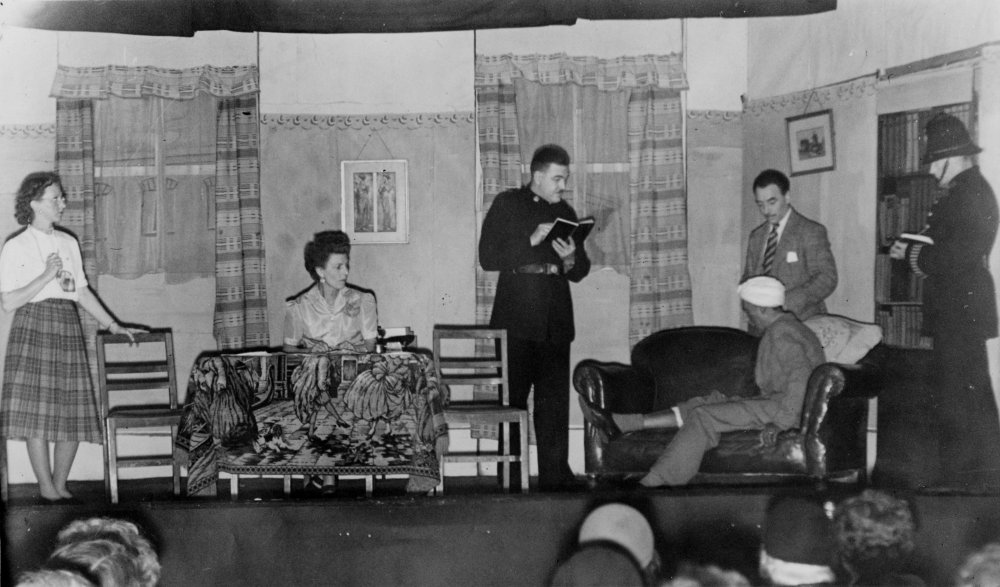 The “Pompadour Players” were started just before the Home Guard stood down. Founder members were Home Guard personnel, wives, relatives and friends. Their first production “The Ghost Train” was presented at St. Mary’s Hall, South Benfleet and at the Rio Cinema, Canvey, in aid of Canvey War Memorial Fund. The profit was approximately £50. At a later date, at the express invitation of the Ministry of Agriculture and Fisheries, this show went on at the Carlton Hall, London. Another notable production in the early life of the “Pompadours” was “Tons of Money,” first at Benfleet and then, by public demand, at Canvey.

The “Players” have previously experienced trouble through an unlicensed hall. At one time they decided that if a full size stage of a portable nature was built, the players could travel round the various Island halls and so bring entertainment to all. The members worked hard, built the stage and scenery but they met with disappointment. The show was stopped a few hours before it was due to take place because it was to be given in an unlicensed hall.   The company found that of the two licensed halls on Canvey the one at the Primary School was the best for them and here popular productions went on for “The Festival of Britain” 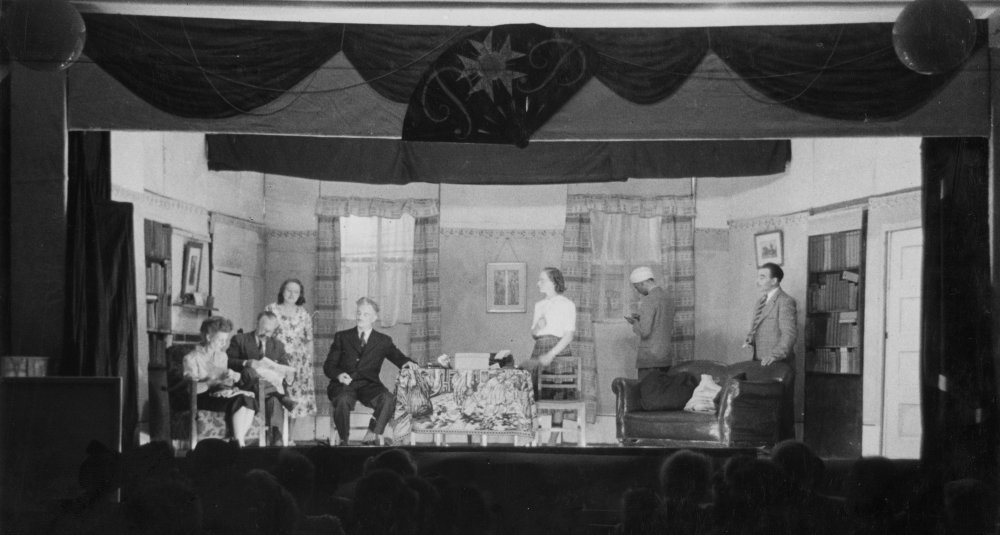 “Murder on the Second Floor” was a grand show in every sense and a fitting finale for “The Pompadours” writes our Dramatic Critic. The play is essentially a difficult choice and one that makes a great demand upon all who take part. It is a cleverly devised play within a play.

The cast, word perfect in their roles, deserve the highest praise Special commendation must go to a newcomer, charming Evelyn Macquarie making her stage debut with the “Pompadours” as Miss Snell and to Dudley George who gave a faultless performance as the dope smuggler, Jam Singh. Dudley was perfectly cast for the role and displayed great acting ability.

Henry H Harrison convincingly took the part of play-writer and detective Hugh Bromilow with his usual brilliance, while Iris Debnam as the maid and Julia as Sylvia Armttage gave sound performances.

The play was co-produced by Julia and Henry H. Harrison. Lighting was by Reg. Goudge and Ronald Debnam and Walter Martin was stage manager. Scenery and effects were created by members of the Company. 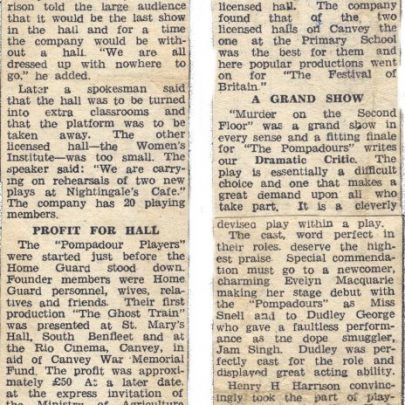