You are here: HomenextPlacesnextHallsnextWar MemorialnextDramanext"See How they Run" was an enjoyable play

"See How they Run" was an enjoyable play

Pompadour Players at their best

The floods of 1953 saw the postponement of The Pompadour Players’ production  “See How They Run”. The play was eventually shown for three days at the Canvey War Memorial Hall, at which time Councillor F. J. Leach, JP. handed the hall over to the Management Committee. ‘Although the flood had prevented earlier showing, the cast demonstrated that their talents had not been dampened by the Inundation’. The event was reported in local newspapers and it is thanks to Dudley George and his collection of cuttings and pictures that we can read about them today. Below is a transcript of the main clipping. 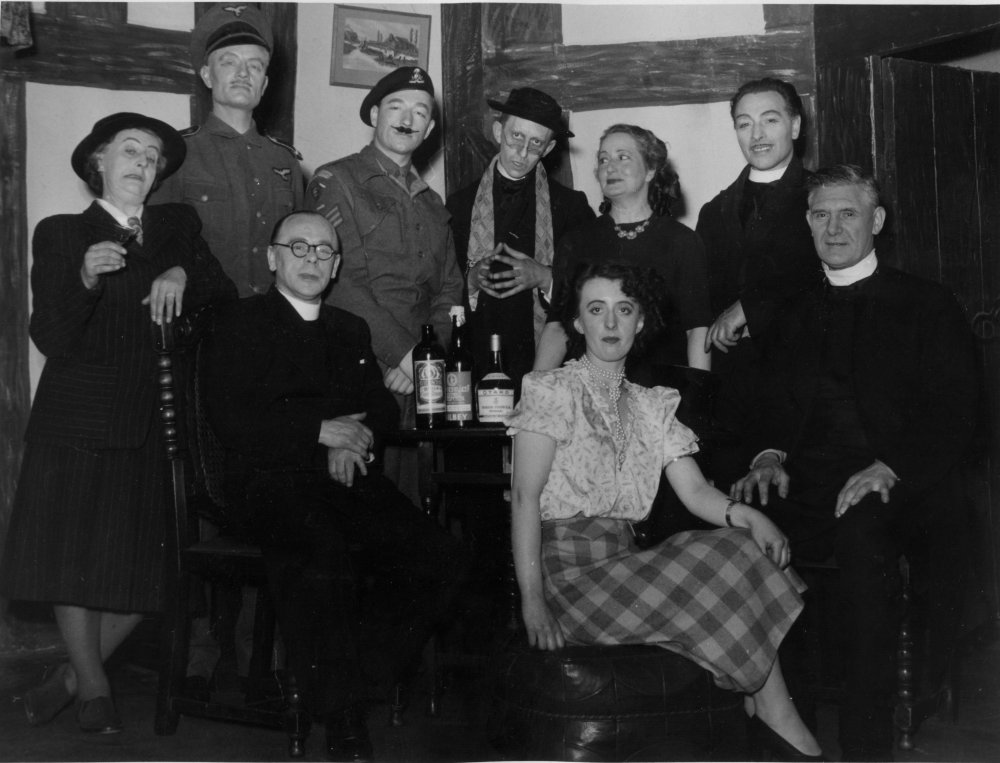 Cast of ‘See How they run’

Pompadour Players were at their best

Canvey Islanders had further cause to bemoan the recent floods last week after seeing the Pompadour Players’ presentation of Phillip King’s “See How They Run” at the new War Memorial Hall on Thursday, Friday and Saturday. Because they had to wait so long for such an enjoyable treat.

This hilarious farce saw the Players at their best and in the words of one member of the audience, “We really had our money’s worth. ” When a quiet, country Vicar (Frank Daley) takes an actress (Julia) for a wife, much against the wish of his leading church worker (Maye George), a hard-bitten spinster, who had designs on him herself, one can expect fireworks.

But that was not all, for while he was out his wife’s old leading man (Henry Harrison) stationed at a prisoner-of-war camp nearby, appears on the scene. In order to visit a town normally out of bounds, he borrows one of the Vicar’s suits, complete with clerical collar. Before one can fully grasp the possibilities of this, the Vicar returns to find the elderly spinster well and truly “sozzled.” And gets himself knocked out by an escaped German prisoner (Rupert Ives) who swiftly dons the Vicar’s suit, also complete with clerical collar. 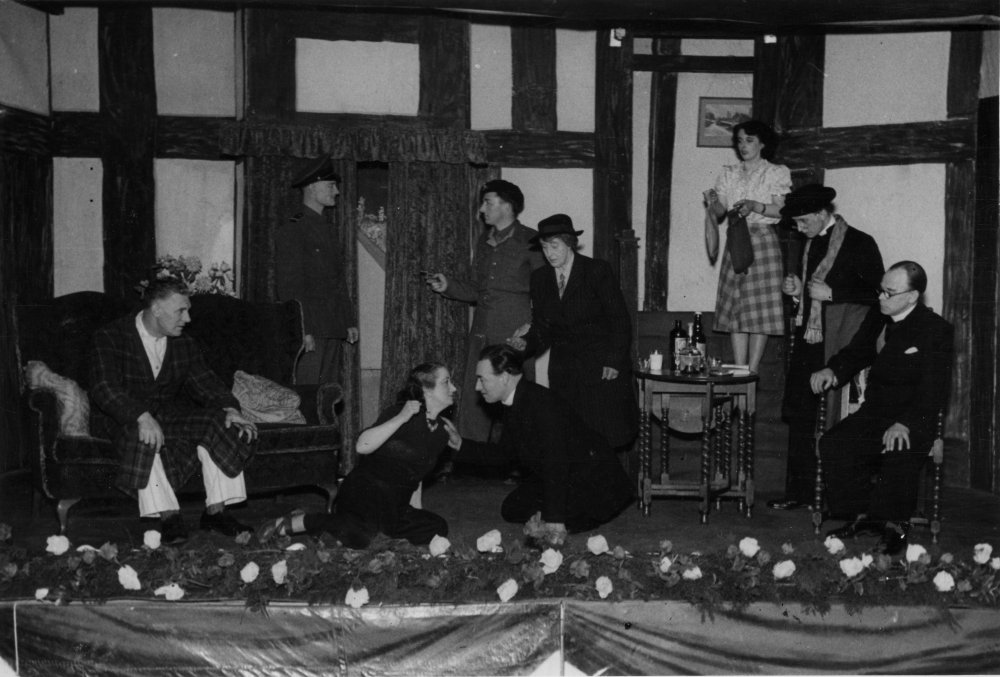 Scene from ‘See How they Run’

The plot becomes even more complicated when the Vicar’s wife and friend return to find her uncle, the Bishop (Walter Martin) has arrived and he takes the ex-actor to be her husband. With yet another vicar (Dudley George) arriving on the scene, the Vicar himself running around in pants and singlet, further interruptions by the drunken spinster, and an Army sergeant (Reg Goudge) searching for the escaped prisoner, the audience was kept in fits of laughter until the final curtain. Frank Daley was good in the leading role, but Julia and Henry Harrison appeared just a little too self-conscious at the start.

Iris Debnam, as the maid, Maye George as the spinster (Miss Skillon) and Dudley George as Rev. Arthur Humphrey were all that could be desired. Using their voices and bearing In just the right manner. Rupert Ives as the escaped prisoner, Walter Martin as the confused Bishop and Reg Goudge as the Army sergeant, each brought credit unto themselves. 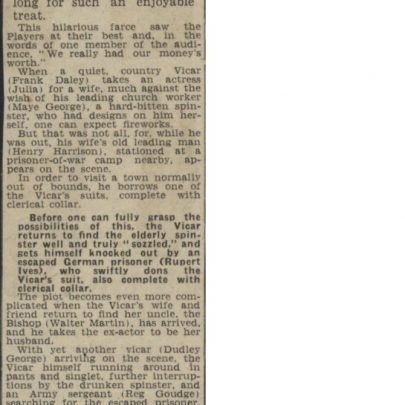 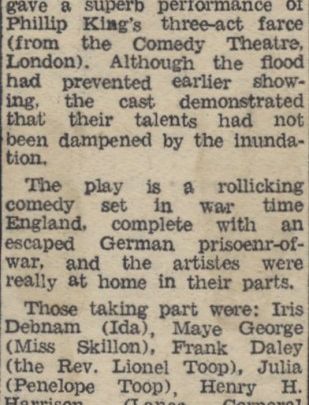 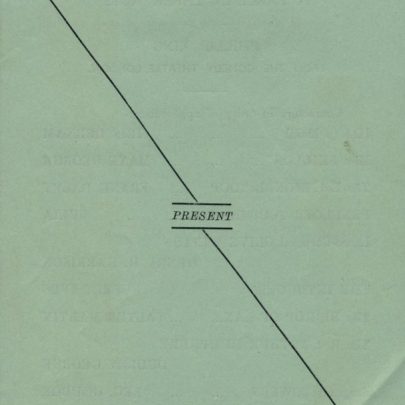 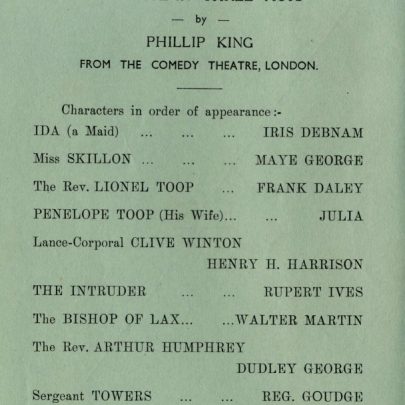 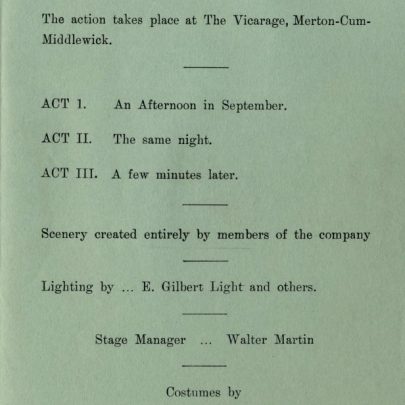