You are here: HomenextHistorynextWorkplaces, Groups and ClubsnextMike Brown and his model boatsnextMy Passion for Boat Building Part Four 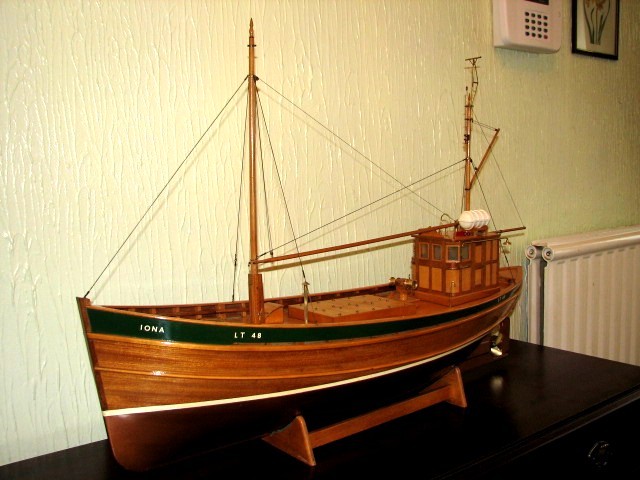 When I retired in 1999 I stopped racing model power boats as you need very fast reactions which tend to slow with age so I concentrated on building more sedate form of model boats running at scale speeds..

I built a scale model of a Lowestoft Trawler in 1962 which was displayed in the The Lowestoft Maritime Museum, when it was retuned to me in 1999 I converted it to a Radio control model with a 6V geared electric geared motor. 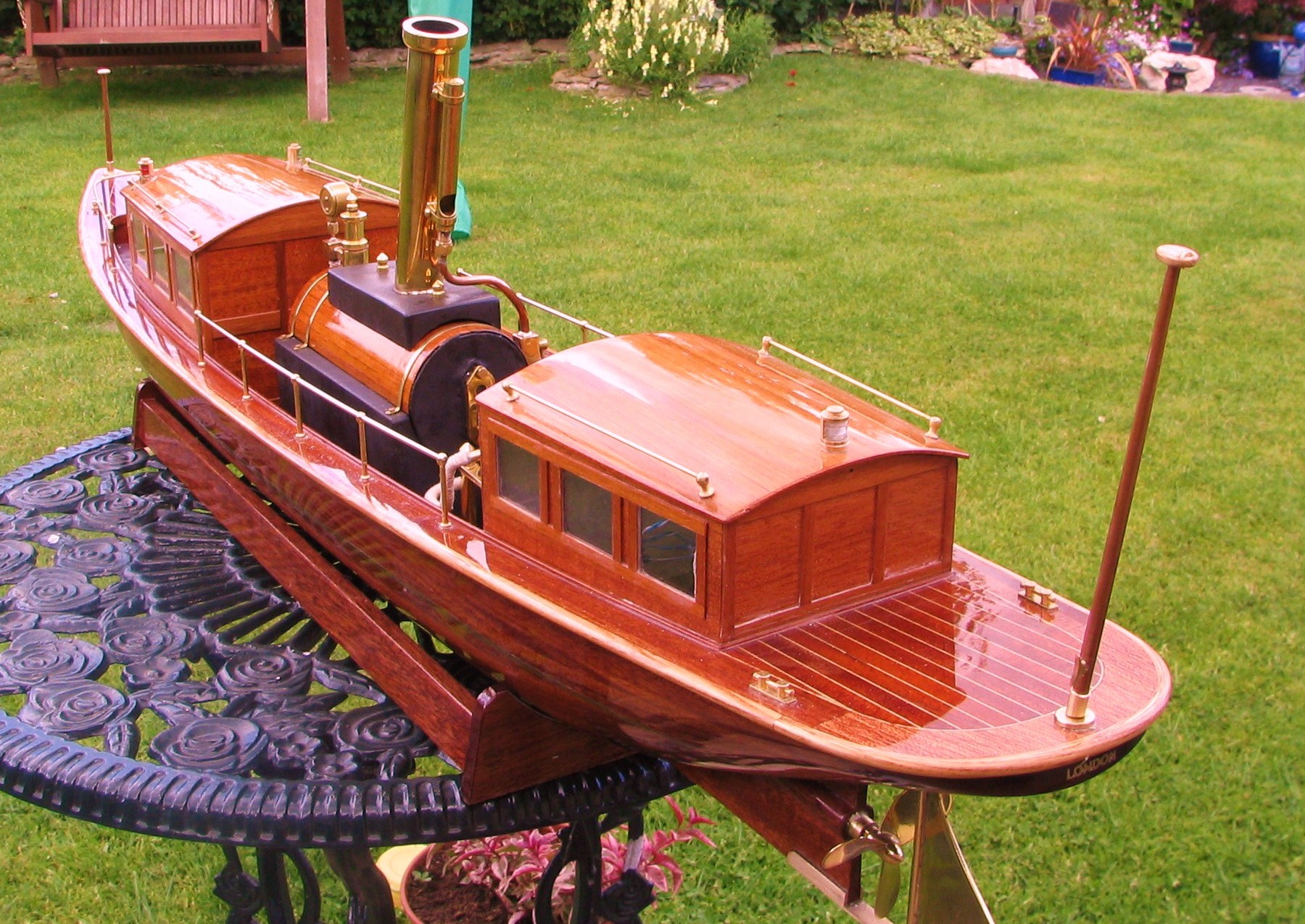 My next model was a Edwardian Thames Steam Launch Miranda with a scratch built twin oscillating steam engine & boiler which was featured in the Model Boats Magazine in October 2003 this was carvel plank on frame with reclaimed mahogany from old window frames.

Links to videos of both boats test runs in my neighbours 15ft dia swimming pool. 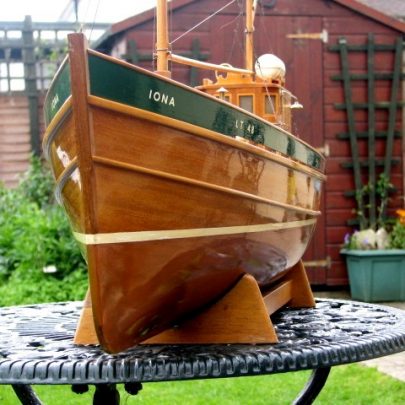 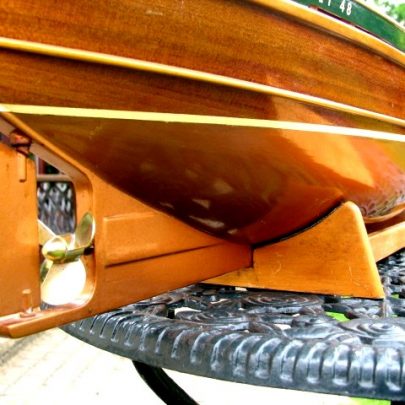 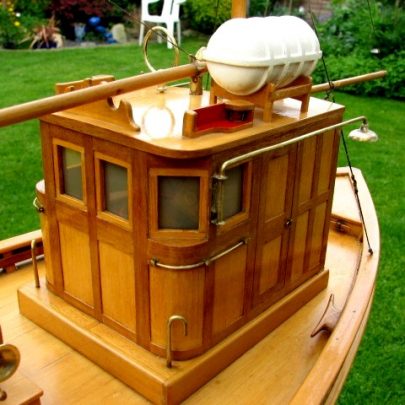 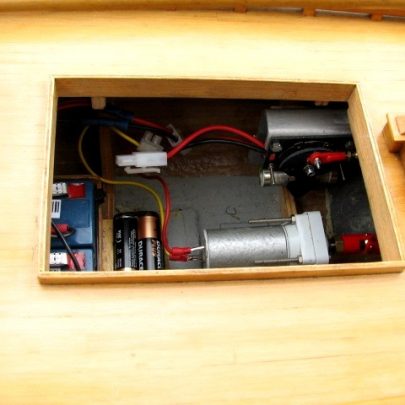 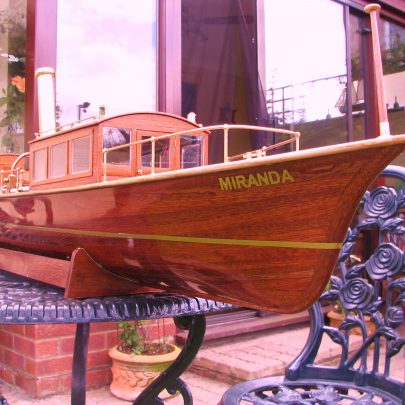 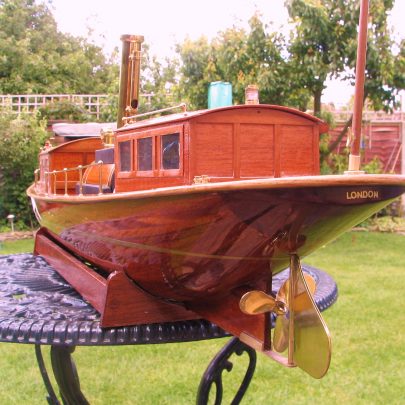 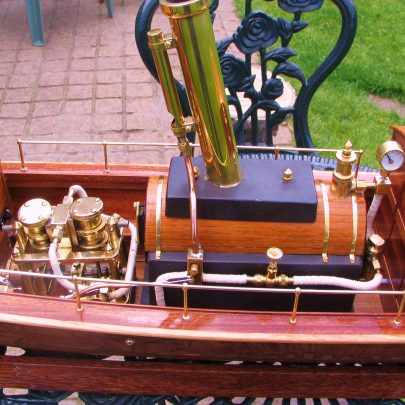 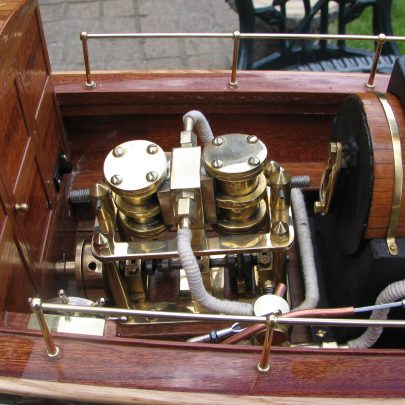 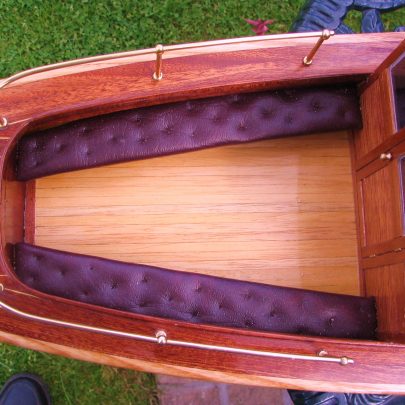