Canvey News; The Premiers are Top of the Pops.

In the early 60’s c1963/64 there were at least three Canvey bands doing regular gigs at the Youth Centre at Furtherwick Park School; the Roamers, our band the ‘Premiers‘ (me on vocals, my brother Chris on drums/vocals, Ian Fullicck, lead guitar, Ian Thompson, bass and the late Dave Newitt, rythm) also I think the ‘Essex Five’ were on the scene too. 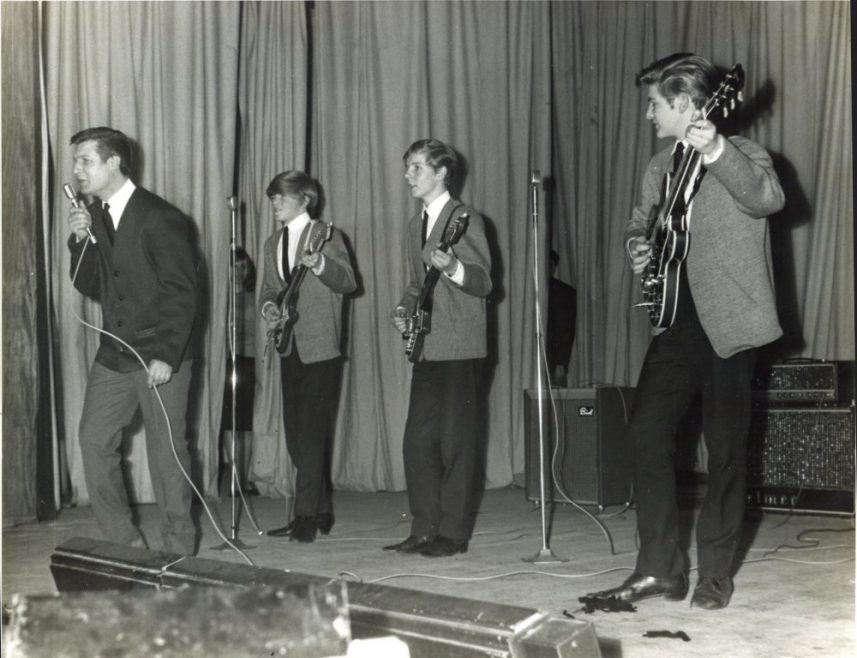 The Premiers on stage at the contest

In 1964 a big Pop Group contest was organised, presumably by Canvey Warden Rodney Vinall, between bands from Rochford, Hockley and Canvey Youth Centres. The contestants numbered app 8/9 bands including the aforementioned Canvey outfits and names remembered from the ‘mainland’; Tim Gentle and the Gentlemen, The Rivals, Jokers Wild, and Ian and the Dimensions.

The Premiers won, probably by default as we were the last band on and a Canvey band to boot! The local support was overwhelming as the majority of the audience ran towards the stage and started screaming before we even played a note. However we had the benefit of two major prizes, again through the good offices of Mr Vinall.

The ‘2 i’s’ gig generated three supporting band jobs for top bands of the time; Tony Rivers and the Castaways at the Whitehall, East Grinstead, the Nashville Teens at Haverhill Town and Lulu and the Luvvers at Clacton Town Hall. The recording was made at Curly Claytons studio in Highbury N.London. (Google up Curly he was an ‘old school’ jazz guitarist whose fame includes producing the first demo by the fledgling Rolling Stones in 1962). 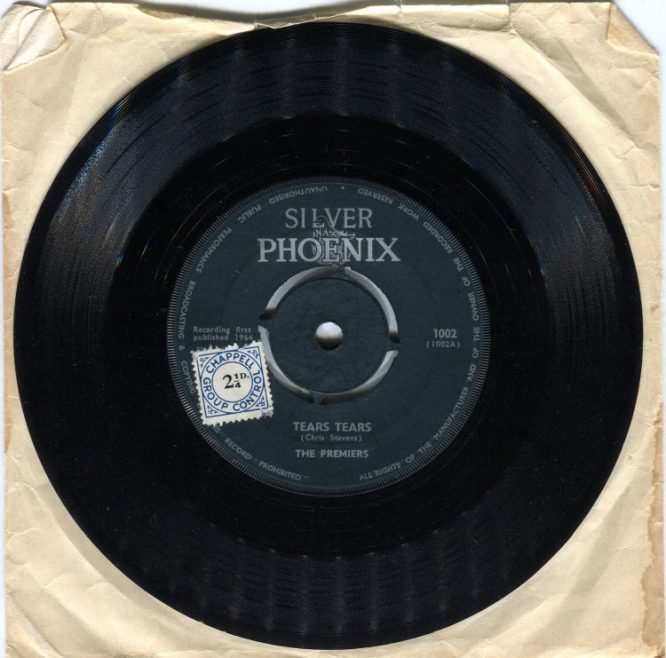 The record N.B. Stamp for payment of royalties to Chuck Berry for B-side, ‘Bye Bye Johnny’ Good luck Chuck, I hope you spent it wisely!

Our effort on his Silver Phoenix label was entitled ‘Tears, Tears’ written by Chris Stevens and we managed to self-finance and sell 500 copies. Nevertheless I think we can claim that we were the first Canvey band to cut vinyl (Thanks to Mr Vinall) Even Force Five didn’t release ‘Don’t make my baby blue’ or ‘Shaking Postman’ till 1965.

Shortly after making the record the Premiers were joined by ex Whirlwinds/Force Five bass player and pianist Fred Ford. After a stint bashing pub pianos (apart from his classical background from the age of five his great mentor was ‘Dave’ at the Monico) he had acquired an electric keyboard and very much improved the band’s sound and musical abilities.

Click on the link below to hear a copy of the recording.

Sadly due to amicable musical differences the Premiers dissolved around the time of the ‘Lulu’ gig and the guitarists were joined by a new drummer, singer and sax player to become ‘Saxe Blue’.

Guess what? After nearly 50 years and several re-incarnations Fred, Chris and myself are still playing in a band together. 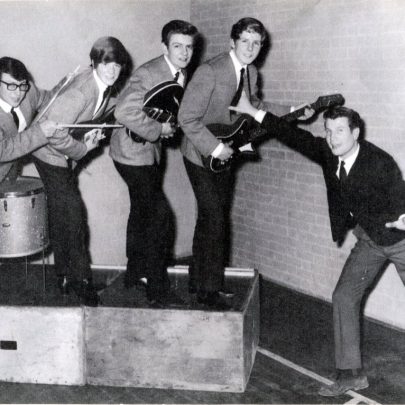 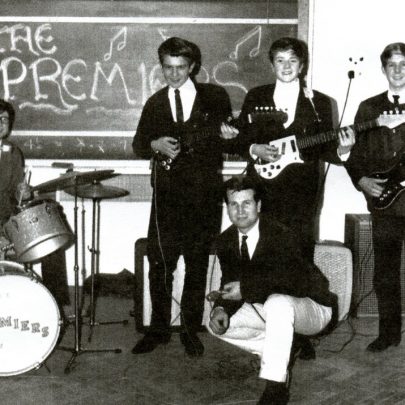 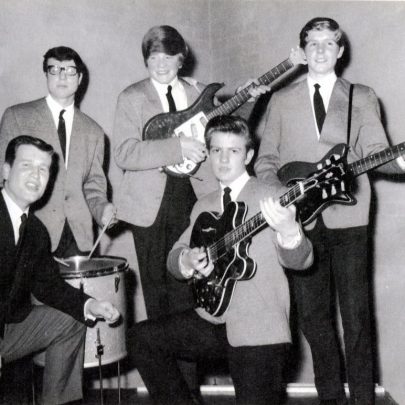 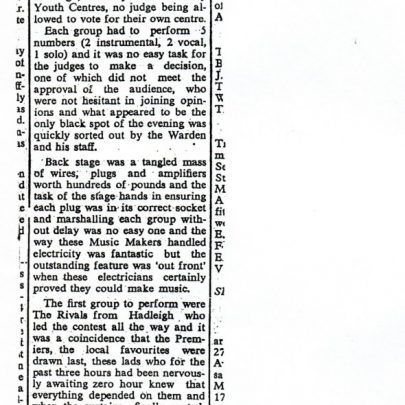