These are two photos, taken c1982, lent to us by Margaret Brock who worked for H Neale and Co the bookbinders that was situated on the Charfleets Industrial Estate.

The company was a family business founded in 1917 and incorporated we believe in 1930 but it ran into difficulties in 1994 when the employees were made redundant and the firm went into receivership. Lionite-Mele Ltd, a Cardiff based subsidiary of an American Company, bought the firm which was eventually dissolved in 2002. (Public records)(Echo Newspaper Group Archive)

The photos show two apprentices that had ‘done their time’ during the ‘banging out’ ceremony.

As I understand it they were taken through the factory with all the staff banging on tables etc making quite a din. The staff used to mix buckets of everything they could find and once outside this was poured over them.

Were you there? Are you in these photos? Did you work for the company? Please comment below. 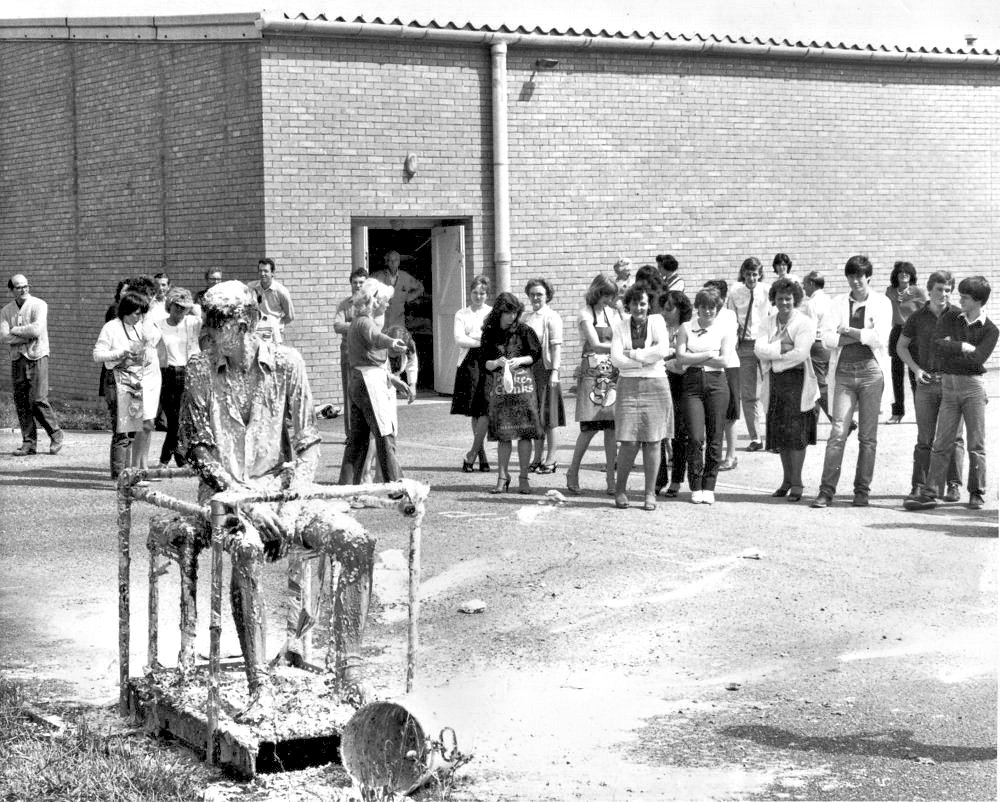 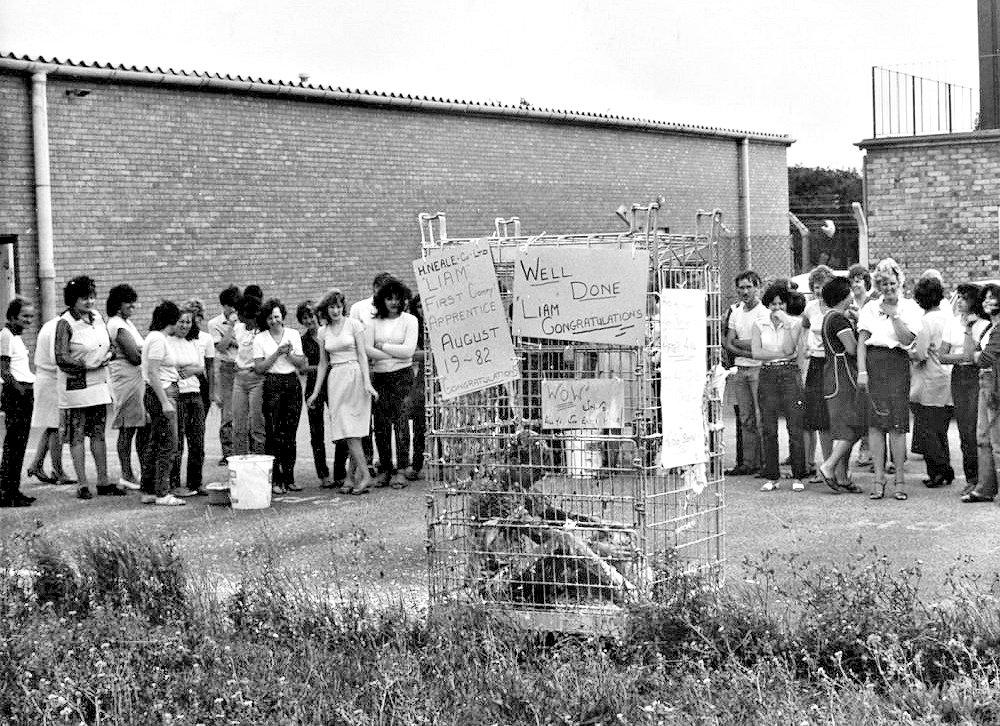 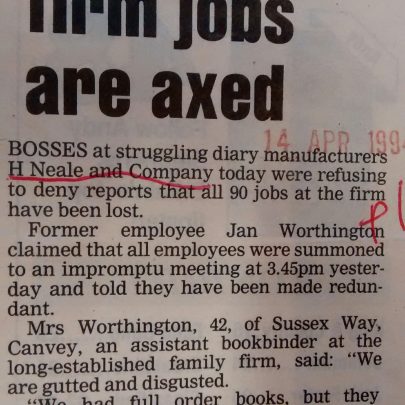 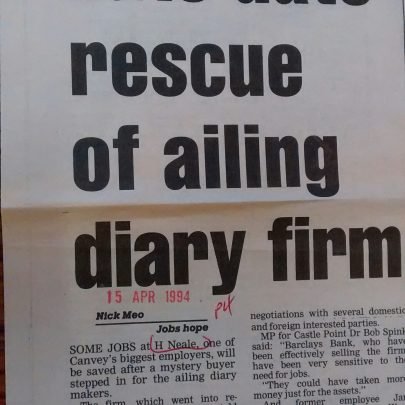 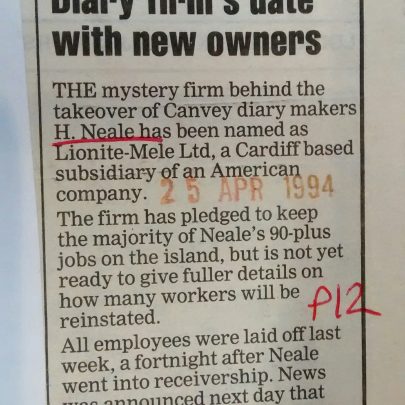 Lent to us by Margaret Brock nee Costello