The History of this long established Canvey Business

The history of ‘Michelles’ at 80 High Street, Canvey Island, Essex

The following story and photographs were donated by Michelle & Dick Woodhouse 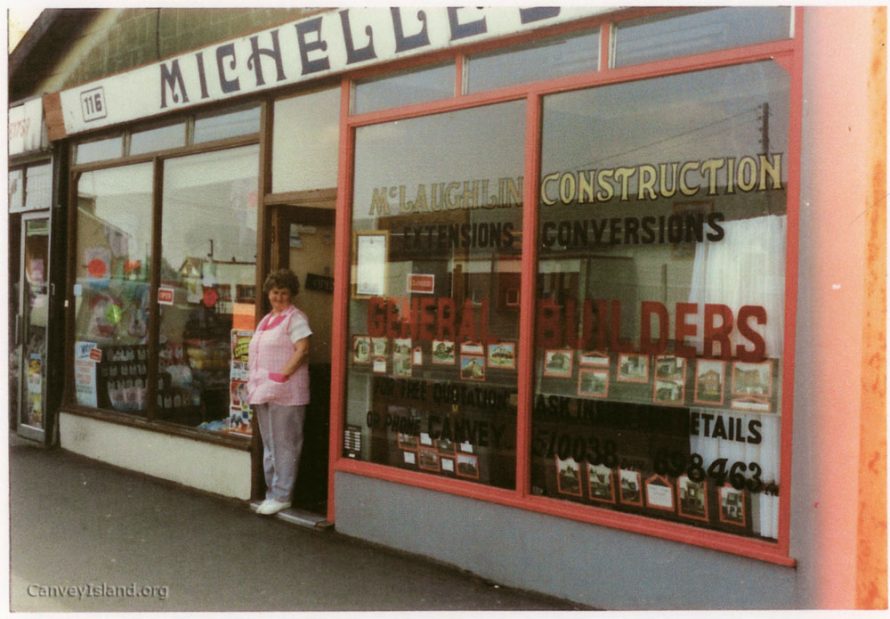 Michelle’s shop on Canvey Island was originally opened by the Woodhouse family in the early nineteen fifties and has been going strong since, having faced many changes along the way. The first shop was at No.116 High St (opposite the War Memorial Hall that opened in 1953) when Jeannine Woodhouse (known to many Islanders as Jean or the French lady) had come over to live in England in 1947. 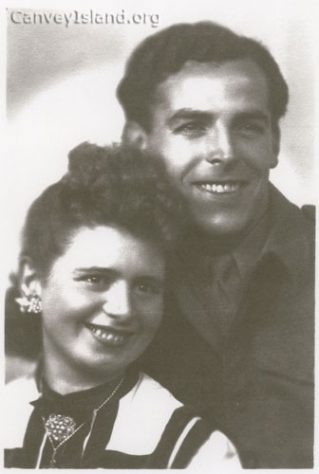 Jeannine had met a handsome British soldier Dicky Woodhouse during the War. Jeannine, originally from Paris, fled to Lille in northern France to avoid the bombing of Paris and it was there they met. Dick’s background was in Hackney where he had been the captain of Hackney Schoolboys Football Team. In 1927 he had been picked to trial for the English Schoolboys Football team but lost out to Raich Carter who became a football legand at Sunderland AFC. At 16 Dick went to enlist into Civil Service but was unable to as his Dad was German. Dick joined the Territorial Army and when he said on the form his Dad was German the Sargent tore it up and gave him a new one stating he was English. In 1939 Dick was called up on 1st September, two days before War was declared. Four months later he was under close arrest because of his fathers nationality but was soon freed and made to sign a notice that if he was captured the Germans would shoot him as a traitor. Dick served in the Normany landings and fortunately was never captured! 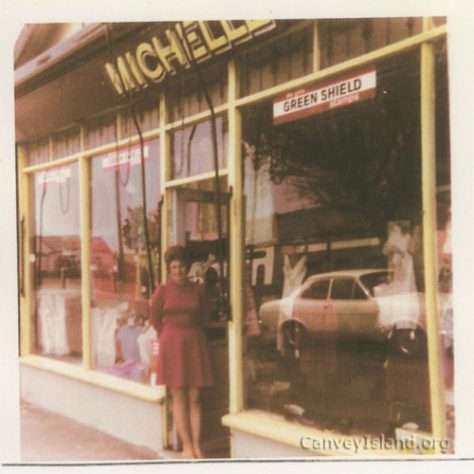 At the end of the war, Dicky returned to Canvey where his Mum had a bungalow – however he and Jeannine corresponded until she finally came to England working first as an Au pair and then a nurse in the old Balmoral Hospital in Westcliff-on-Sea. They married in 1949.

After becoming pregnant with their daughter, Michelle, it was decided to try and open a shop so she could earn a living as well as looking after the baby. 116 High Street became available and they began selling children and babies’ clothing, ladies underwear, swimwear, wool and haberdashery. 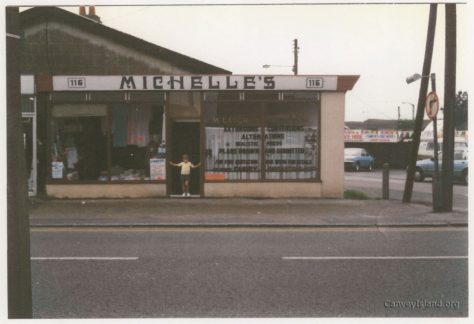 At the time the High Street was the main shopping area for Canvey (few cars and no yellow lines!) and business flourished there for many years until due to the decline in passing trade Jeannine decided to retire in 1992 after having, over the years, made many good friends and become fluent in English. The shop was then taken over by her daughter and son in law and opened as Macs Windows – a double glazing business which traded for 13 years. 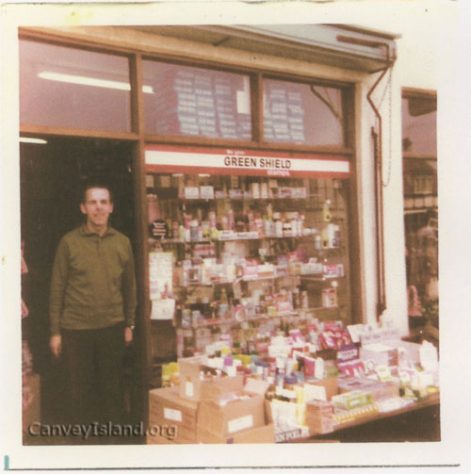 116 is presently run as The House of Minatures, selling everything to do with dolls houses. Dick Woodhouse worked as a French polisher in London until his Mum (who lived with the family) became ill in 1966. He gave up his job to look after her, however social security in those days provided little support and so he bought 80 High Street in order to be able to work and still be on hand for his Mum. By trial and error Dick eventually settled on selling proffessional hairdressing products and toiletries which, as many Canvey hairdressers know, are still sold from Michelle’s at 80 High Street today, next to Canvey Supply. 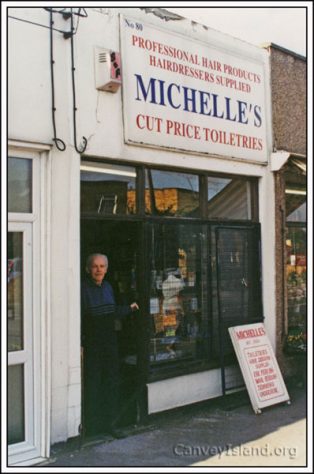 Sadly, Jeannine Woodhouse passed away in August 2001 due to breast cancer at the age of 77. Dick Woodhouse continues to help out when he can in the shop they named after their daughter.

Michelle Woodhouse was an active member of Canvey Island’s Georgette’s and below are a number of photographs of the Georgette’s that were formed by Georgette Gray.

Some feature Pantomine, including Michelle playing the leading part in Aladdin as seen in the Programme. There are also pictures of them attending the Canvey Carnival which sadly finished in 2000.

If you recognise anyone in the pictures, perhaps yourself, please leave a message, email in (cca @ canveyisland.org) or join us on the Canvey.org forum. 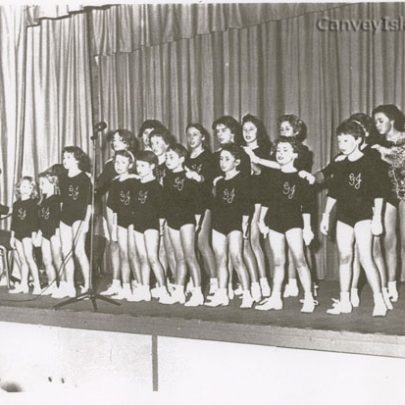 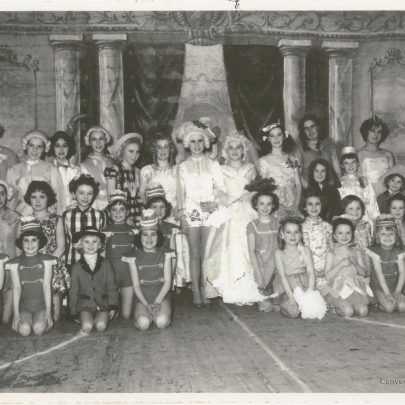 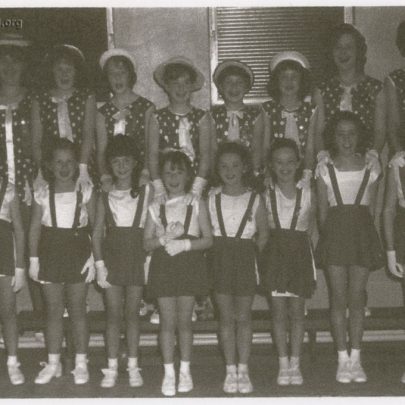 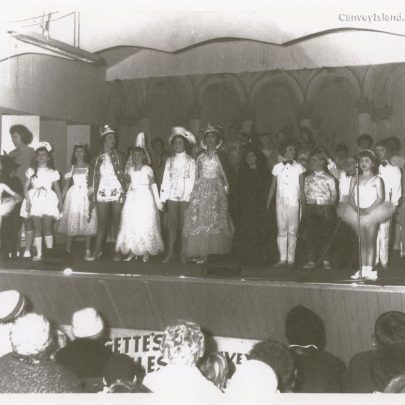 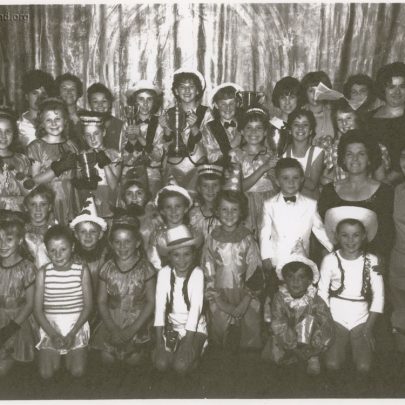 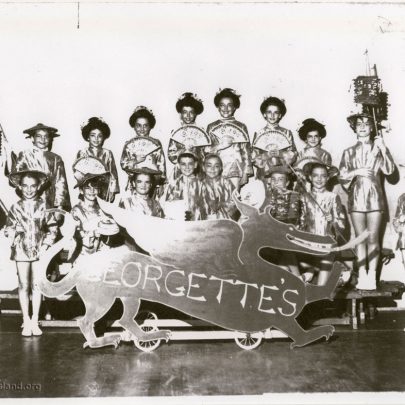 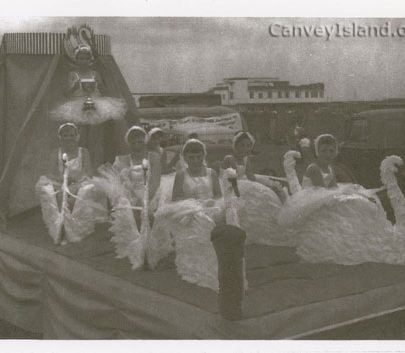 1961/62 - Canvey Carnival. This float 'Swan Lake' won many first prizes. The Monico can be seen in the background. 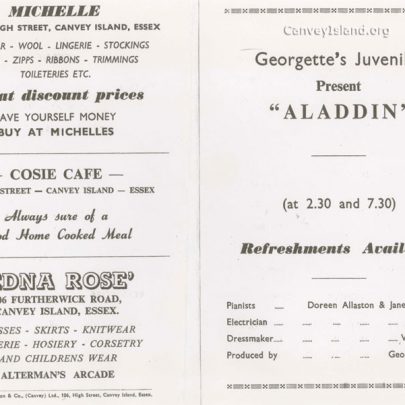 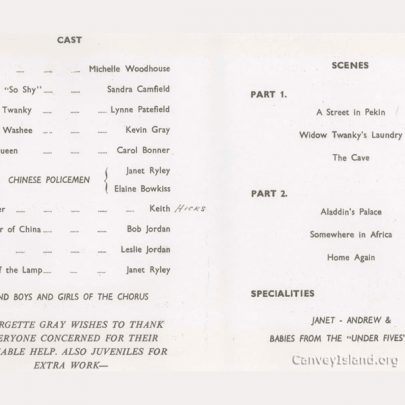