You are here: HomenextHistorynextWorkplaces, Groups and ClubsnextWorkplacesnextThames LightermennextThe Working Community on the River Thames pt1

The Working Community on the River Thames pt1

Probably from Roman times when Canvey had a permanent population there must have been those amongst them who earned their living and sustenance on or from the waters of the River Thames. In the latter half of the 20th cent there have been several families from the Thames working community who have made their homes on the Island. 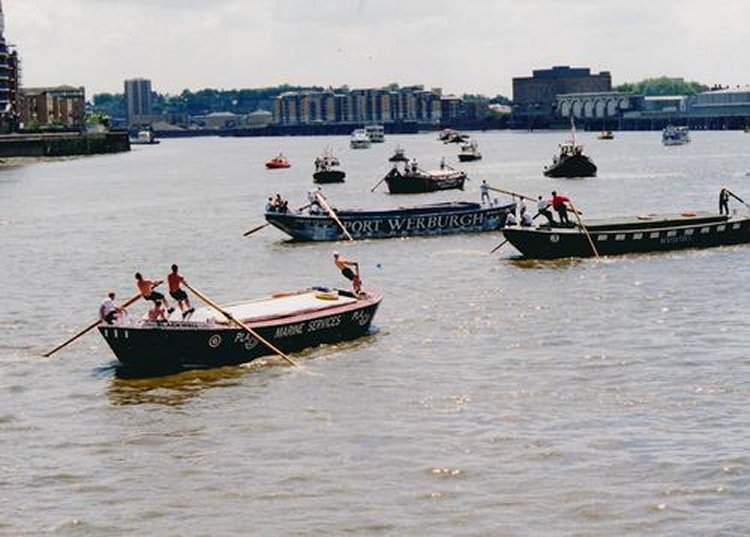 The crews of Watermen and Lightermen during the annual Barge Race celebrating how cargo/goods were transported thro’ centuries on the River Thames.

I recently met up with Buzz (Barry)Bullock, a Canvey resident for over 40 years, who has traced his family’s history as Lightermen and Watermen on the River back over several centuries. Buzz gave me the background history of this very long-established profession from Henry the 8th’s attempts to regulate the transport of goods and populace on the River in 1555 and subsequently Mary Tudor’s Charter for the Watermen. The name ‘lightermen’ probably originates from pre-mediaeval times when heavily-laden ships were unable to manoeuvre to the the shallow shoreline and small boats were used to take cargo ‘overside to’ ‘lighten’ the load.

Taken during the filming of ‘Elizabeth’ we were Queen’s Watermen

Starting in the early 60s Buzz learnt his craft the hard way learning to row barges(often with a loaded weight of 100 tons) and to navigate the tidal Thames from Teddington to the Nore using the ebb and flow of the tides. During his working life saw the demise of London’s Dockland until only Tilbury remained as a container port. He also had the opportunity to appear as an extra in films and in other events on the River (as can be seen in accompanying photos.)

Buzz has now retired but as can be seen in the short film featuring him, his son Colin and grandson Joe in 2009 there were three generations of the Bullock family working on the River Thames. Colin, the owner/operator of an executive launch and the pleasure craft’ Kingwood’ is an ex-pupil of William Read and Castleview schools and Joe attended Leigh Beck and Castleview. Canvey boys both!

The black and white film made in 1963 features Buzz’s cousins Kenny and Keith(Buzz was already apprenticed and so unable to appear) and also the unnamed ‘captain’ of the tug is Vic Window another long-time Canvey resident and this links us to Part 2 of’ Canvey’s Lightermen and Watermen’. 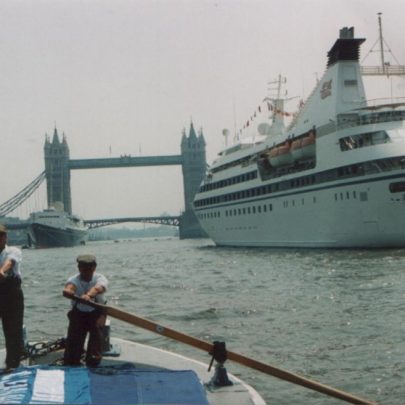 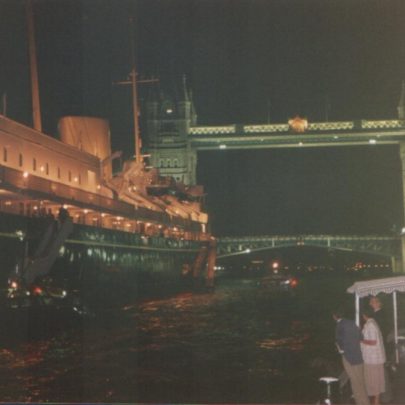 Taken from the deck of the tug 'William Ryan' during the evening fire work display the Royal Yacht pictured.
Buzz Bullock 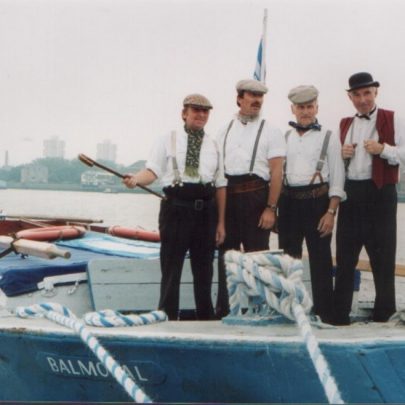 The Crew which drove the barge from Waterloo Bridge to Tower Bridge.
Buzz Bullock 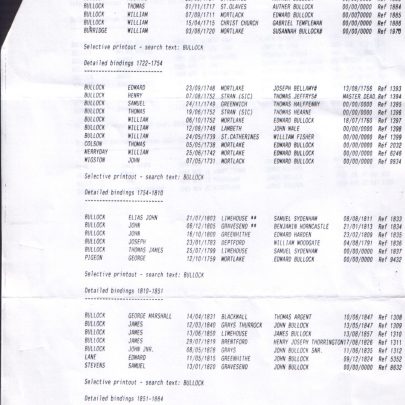 The oldest records held by the Company of Watermen and Lightermen showing some of my ancestors.
Buzz Bullock