The Island's Permanent Links with Canada 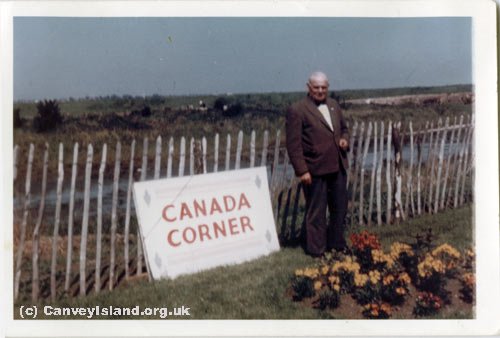 The seeds of this idea were sown when Mr Legg bought a Canadian Magazine and saw a picture of a tree farm, which he contacted with the intention of purchasing 100 Canadian White Spruces to be brought to the UK and planted on Canvey. He was backed in his efforts by the Canvey Island Urban District Council particularly by Councillors Harry Whitcomb, Arthur Mason and George Prince. However this scheme fell foul of UK Import Regulations and had to be scrapped. Undeterred, Mr Legg than contacted the Ministry of Agriculture who in turn got in touch with the Forestry Commission from whom it was possible to purchase a quantity of trees of Canadian origin for the princely sum of £4. (According to the Southend Standard) These plants were from a variety of species including; Douglas Fir, Western Red Cedars, Western Hemlocks, Canadian Maples and Contorta Pine. 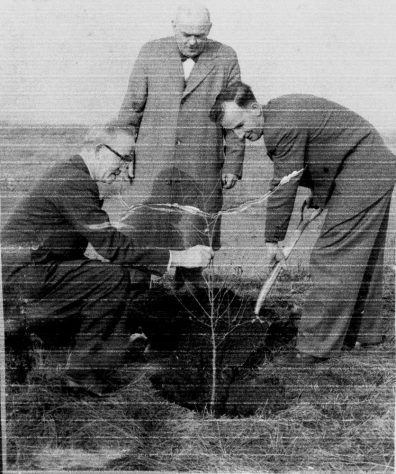 Councillor Harry Whitcomb, on the right, plants a tree at Newlands. ‘The first step to bringing beauty to Newlands’

The designated site for what was to be known as ‘Canada Corner’ was significantly a vacant piece of land in the Newlands area, at the North of Smallgains Creek. (see map)

The importance of the scheme is illustrated by press coverage both local and national. On the 2nd June 1961, a year prior to the tree planting, Fred McCave announced the plans in an article in his ‘Canvey News & Benfleet Recorder’ headed ‘Tree Link’. In the weeks prior to the ceremony the ‘Southend Standard’ published a very detailed article (from which most of this information was gleaned) and also ‘The Daily Express’ published a substantial report of the forthcoming event with quotes from Mr Legg and a photo of the then ‘Mr’ Bernard Braine  who would be attending.

The whole ceremony was carried out under the watchful eye of Mr Donald Legg, the Originator of the idea and later in the year he also took the opportunity to inform the Canadian Prime Minister Rt Hon John G Diefenbaker (who was on a visit to the UK) about Canada Corner and invited him to visit Canvey. The text of the letter and the Canadian PM’s reply were printed in the ‘Canvey News’ and can be seen below. 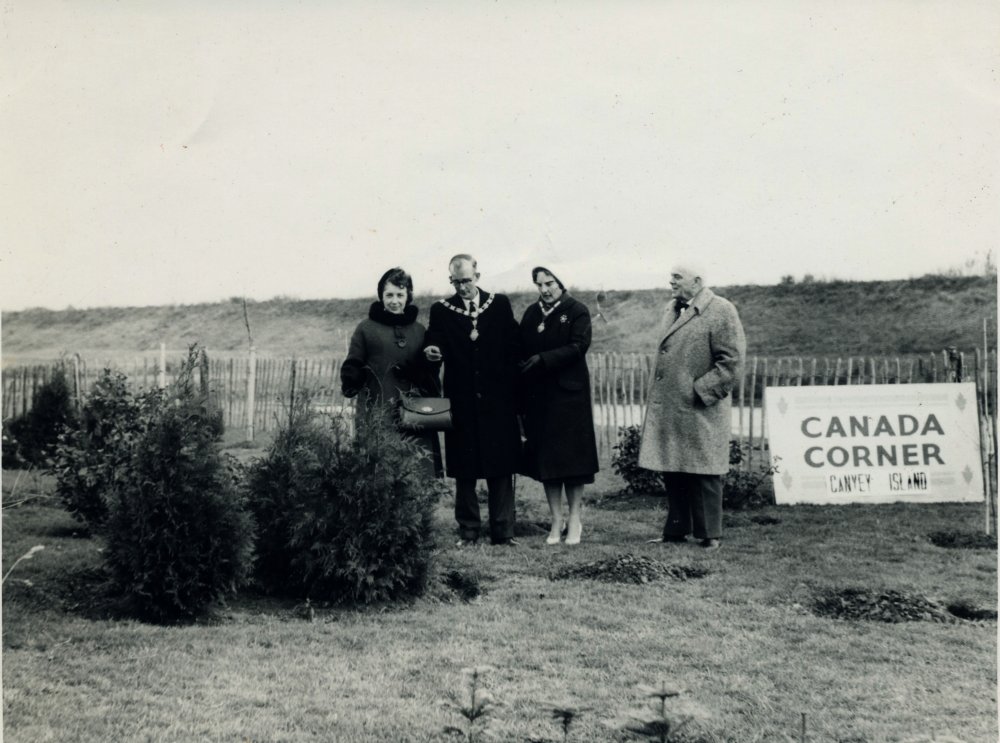 Photograph was taken on the 4 November 1964. On the left is Doris Kemp from Canada, originally from Canvey. The couple in the middle are Chairman of the Canvey UDC, Councillor Harry Whitcomb, JP and his wife. On the right Donald Legg, Public Health Inspector, Canvey UDC.

The total number of trees planted could have been up to 100 but contemporary reports are somewhat confusing. It was stated at the time that the ambitious end result was for 30 acres to be planted on Canvey but as we know this was definitely not fulfilled.

Two years later, on the 4th November 1964, an official naming ceremony was conducted by the then chairman of the CIUDC, Councillor HC Whitcomb, his wife Mrs HC Whitcomb accompanied by Mrs D Kemp from Canada, who first initiated the collection for flood victims. Once more Mr Legg was in attendance to see the final fulfilment of his scheme for Canvey People Tribute of Gratitude to the People of Canada.

Unfortunately over the following decades Canada Corner, probably because of its somewhat isolated position, became neglected and the target of persistent vandalism so much so that by the late 70’s hardly any tress existed. Concerned by this state of affairs, a resident in that area brought the sad condition of the site to the attention of the Castle Point District Council. By fortunate coincidence a Benfleet representative Cllr. Goddard, apparently worked in the vicinity of Canada House and had some contacts there and through this connection CPDC were able to acquire twelve Canadian Maple Saplings. It was then decided that the Council would fund the re-location of Canada Corner with an inscribed marble tablet surrounded by the maple trees. The chosen location was to be adjacent to the drive in front of the Paddocks. During 1983 preparations were made under the auspices of the Recreation and Amenities Committee Chairman Jim Bowden and supervised by Clerk of Works Alan Finch. Chairman of the Council, Peter Woods, sent an invitation to Canada House for a representative to be present at the inauguration ceremony for the Memorial Gardens. This event duly took place on 8th May 1984 with the Deputy High Commissioner for Canada, Mr P A Lapoint and his wife as guests of honour. A civic reception at the council offices was followed by a visit to Canvey’s heritage site ‘The Dutch Cottage’ and after lunch at the Paddocks the installation ceremony took place. 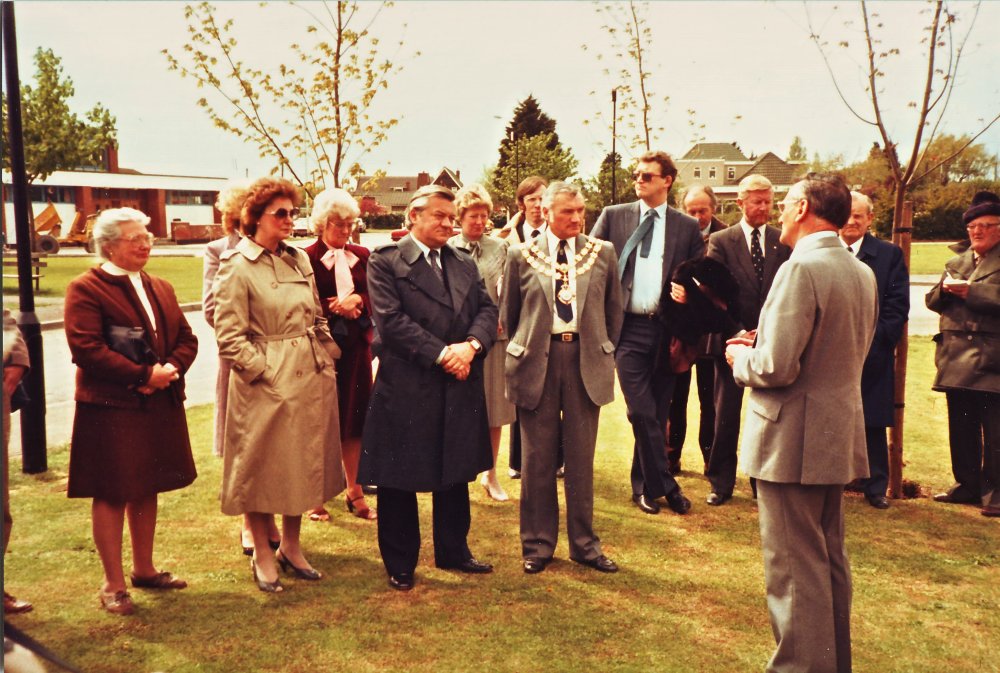 Inaugaration Ceremony at the Paddocks site

At the time of the ceremony the marble tablet was not quite ready, so a well presented board with a sign written replica of the engraved script was used in its place. 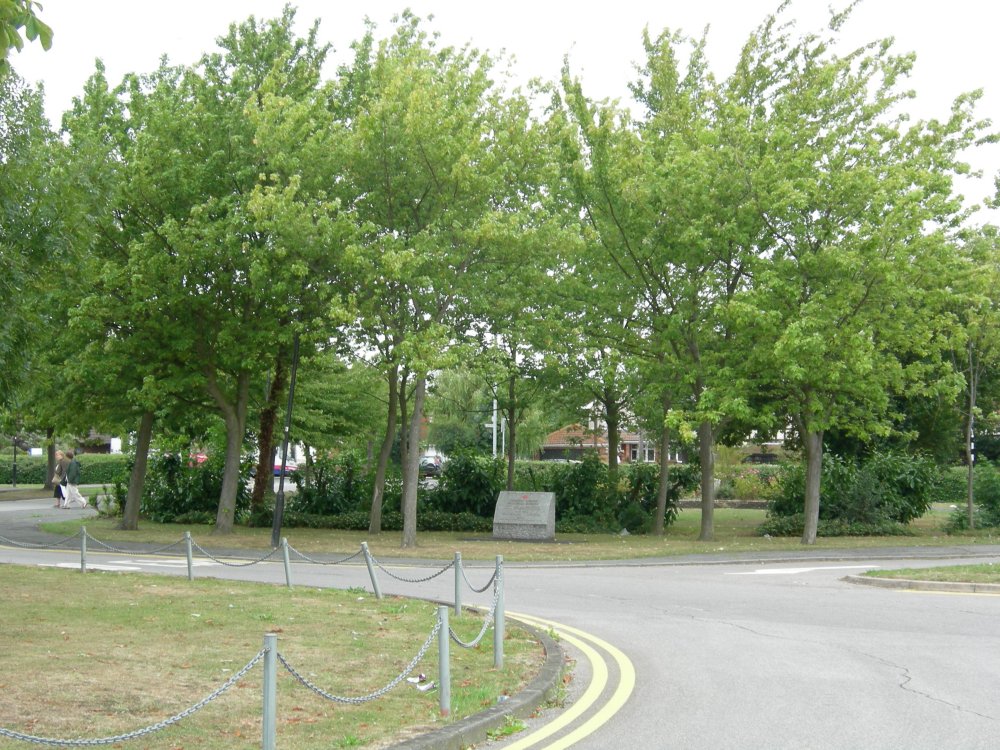 The Archive is grateful to Dr Alan Whitcomb and Olivia Whitcomb for all the general information, photos and news paper cuttings about Canada Corner and to former CPBC Mayor Betty Woods and former CPDC Chairman Peter Woods for photos and information regarding the Memorial Garden.

More photos can be seen here 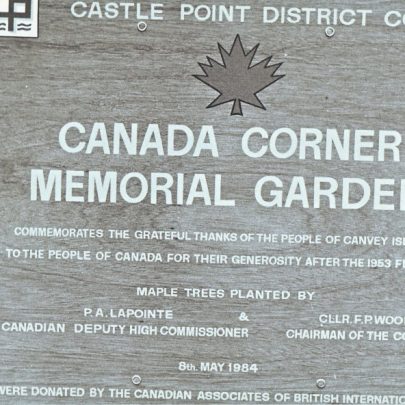 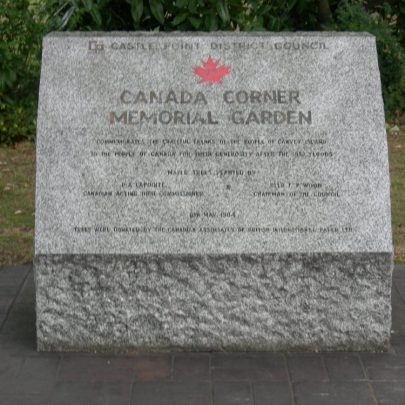 The new Canada Corner memorial at the Paddocks
Janet Penn 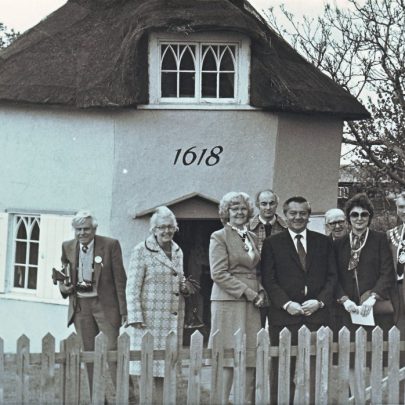 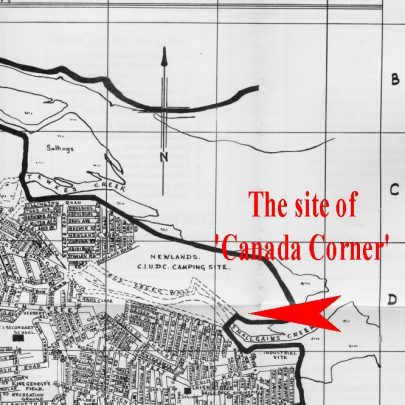 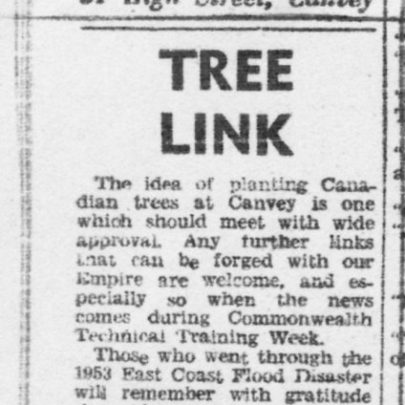 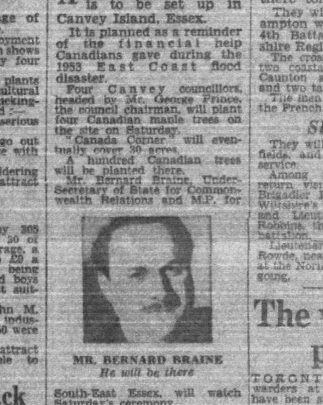 No name or date on this 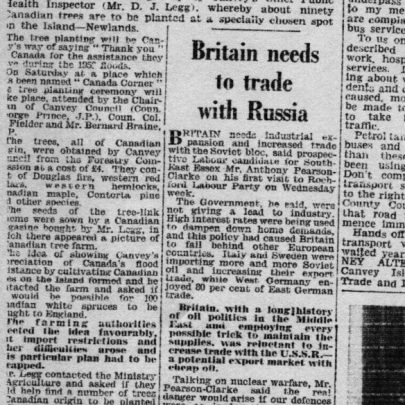 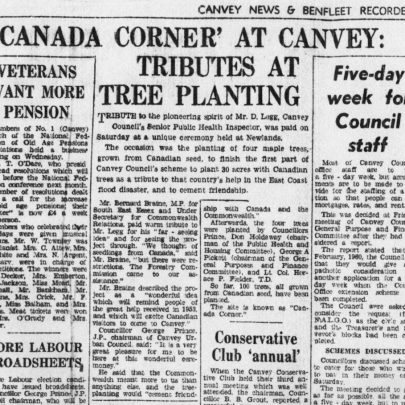 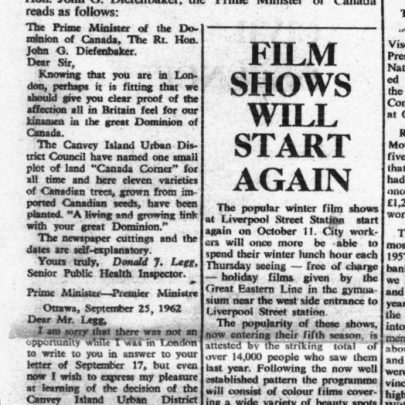 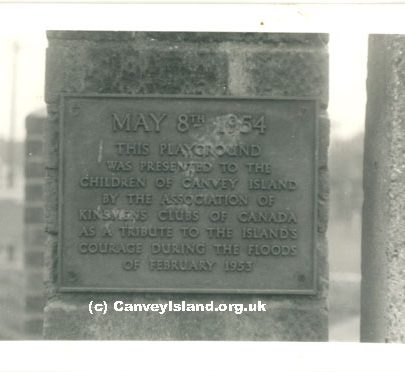 Larup Ave / Mornington Ave Park Plaque
Does anyone know what happened to this?