Edward Rayment, Chairman of Canvey Island Urban District Council during WWII, was born in West Ham in 1889. He was the son of Walter Rayment and Eleanor Holman. In 1908, as an 18 year old lad who was keen on the latest and fast developing invention-the motor car-opened a small garage on Romford Road, Forest Gate near Green Street. Instead of going into his father’s building business, a firm responsible for a great many buildings in East Ham, he decided to become a pioneer in motor engineering. By hard work and initiative, such as the introduction of the first petrol pump to the area, he built up his one-man business to become the largest of its kind in the district, E Rayment Ltd. 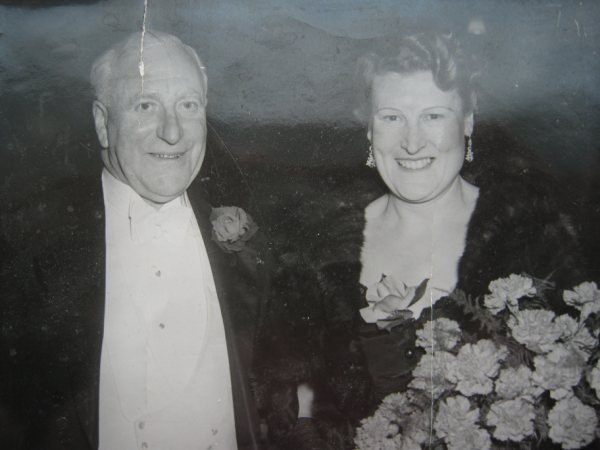 After the death of his first wife Caroline he married Constance Bennett and it was with Constance that he retired early to Canvey Island leaving his sons, Robert and Edward to carry on the business. We do not know the exact year he came to Canvey but it is understood that he was the Chairman of the Council for five years during the Second World War. We do know for certain that when Canvey Islanders were awarded the War Ship Week Plaque in 1943 he was the Chairman mentioned in newspaper articles and on the Civic Ceremony Dinner Menu. (More can be read about the War Ship Week here) We also know he was living in a property in Promenade Road, Canvey Island in 1942 when his phone number was Canvey Island 154. It is also known that a road was named after him, Rayment Avenue, a turning off Maurice Road, which appears on maps in the 1950’s. 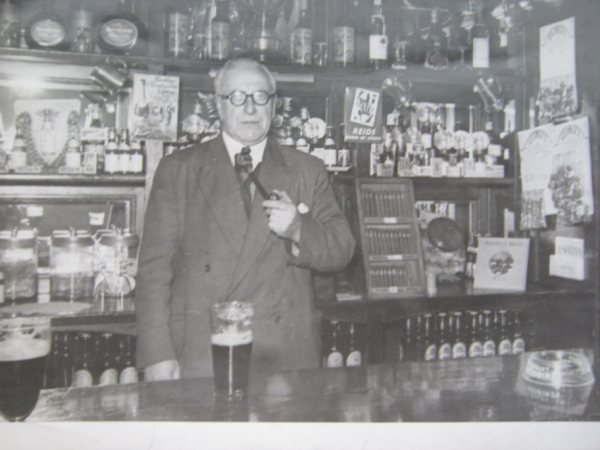 Edward at his bar in the Wagon and Horses PH

During his time as Chairman of the Island Council he helped in planning the Thames invasion defences. He was also Justice of the Peace on the Southend Bench but he longed to return to Forest Gate, where he had been a Special Police Inspector for 15 years, to look after the business again because his sons were in the armed forces. Retirement could not hold him and his long association with Forest Gate brought him back as licensee of the Wagon and Horses, a Public House at Romford Road, just a little further down the road from E. Rayment Ltd of which he was still Managing Director.

He died in 1954 and interned at Woodford Park Cemetery. 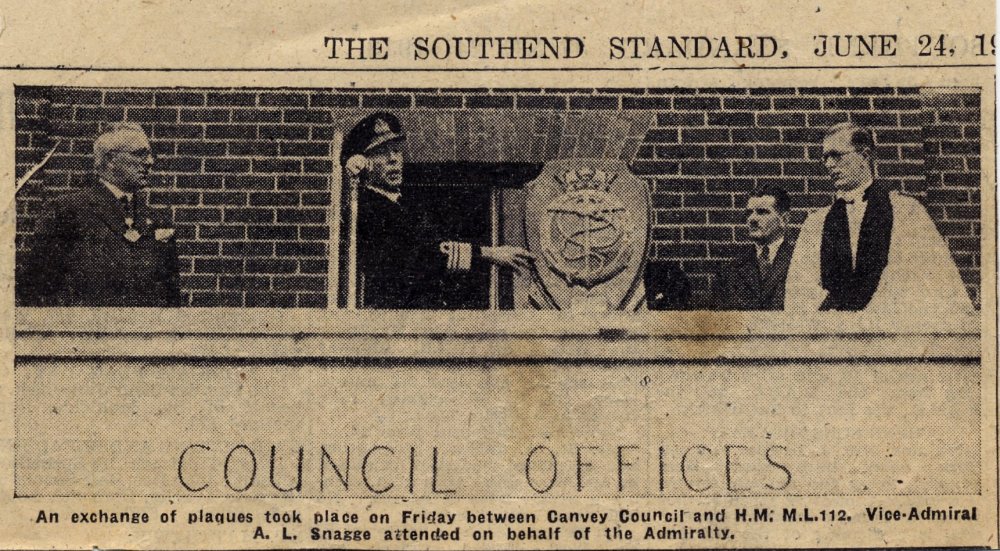 Exchange of plaques on the balcony of the Council Offices, Long Road, Canvey. Chairman of the Council Edward Rayment on the left next to Vice Admiral Snagg C.V.O

I would like to thank Edward Rayment’s granddaughter Caroline for sending us the photos and to Geoff Gillon for some of the narrative.