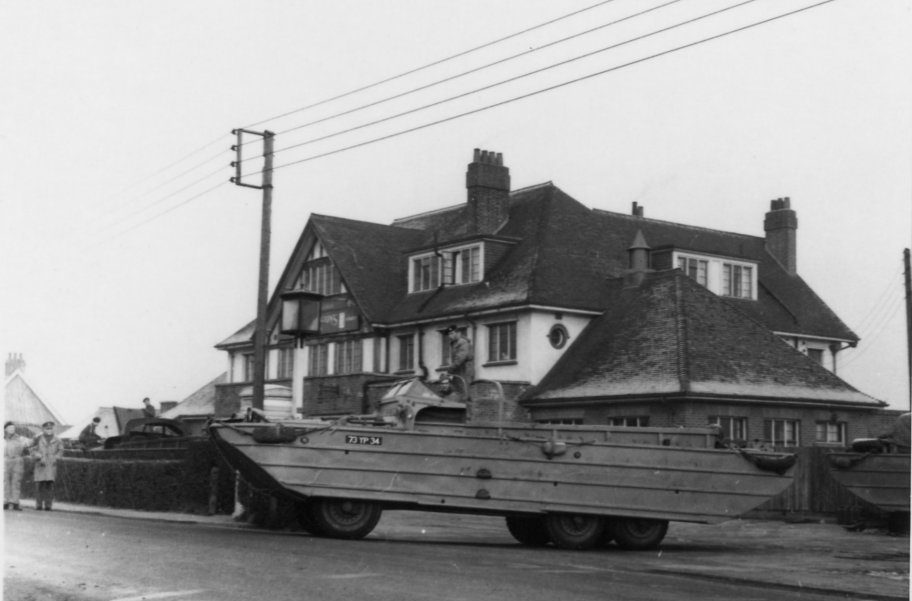 D.U.K.W. Army amphibious vehicle leaving the Admiral Jellicoe forecourt where they were parked.

These five photos were found, just the other day, by my sister, Jenny Stacey. They were tucked inside a copy of the book ‘The Great Tide’ which had belonged to my dad Aubrey Stevens. They are definitely part of the same set as two I found recently and published on this site. As with those photos they have a number, single word title and ‘return to McCave’ written on the reverse. I have used Fred’s titles and added the location where I can.

Personally, I think the picture of the D.U.K.W is very special, as I’ve never seen a photo of one of these vehicles operating in the Floods before. Some of my mates claim the soldiers gave them rides in them and even went with them when they took them out in the River to be washed out.

Question: What is D.U.K.W an acronym for? 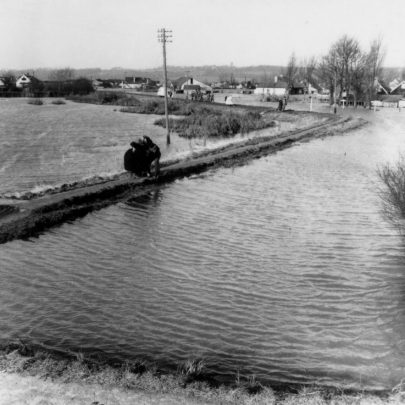 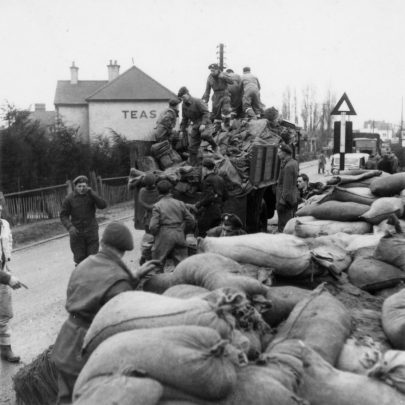 SANDBAGS. The Army or R.A.F. loading a lorry on the corner of Mitchells Ave and High St.
McCave 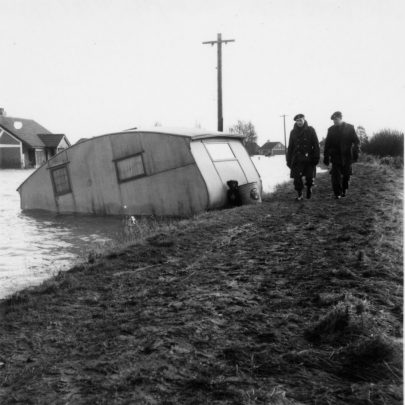 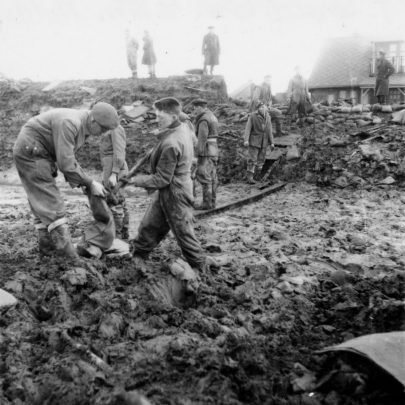 SERVICEMEN. National Servicemen filling one of the breaches in the seawall.
McCave