'Save Our Pool' Concord Beach 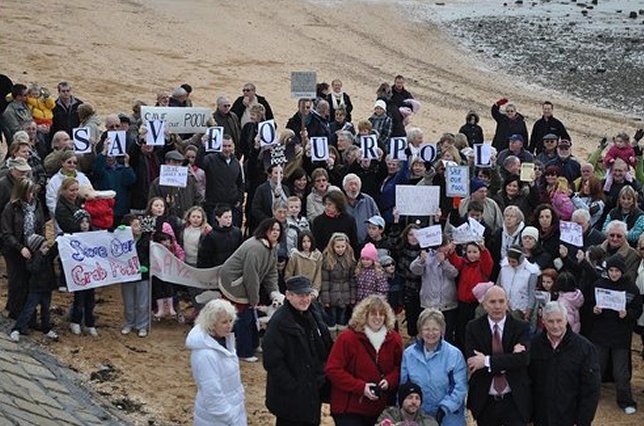 The meeting was set for 11am Sunday, at 10.30 the beach was fairly deserted, come 11am people from all over Canvey, Essex and Suffolk came flocking to the beach, most had only just been told the pool was to go.

The beach became packed with concerned users of the pool (both past and present) children were running about with quickly made banners, everyone was concerned the pool was going.

The seawall was lined with many representatives of Canvey who came to see for themselves how the people felt about the removal of the pool.

Bob Spink MP gave a speech lining out why we were on Canvey’s Concord beach and all the issues related to it. The Town Council addressed the now 1000 strong crowd, many representatives gave addresses all supporting that the paddling pool must be saved. Bob Spink answered many questions as most people didn’t know the pool was to be removed they had only known a day or so before.

Many photo shots were taken then Lea and Liz Swann thanked the crowd for supporting Canvey to keep the pool. It was a very friendly meeting with everyone passionately supporting to save the pool. Considering how many people still don’t know the pool is being removed it was delightful how many people packed the beach to help ‘Save the Pool’.

The Town Council meet at the Paddocks 7.30 Tuesday 9 February to a public meeting to debate the future of the paddling pool.

It was great to see the people of Canvey again coming together to save a part of Canvey’s history they all enjoyed. 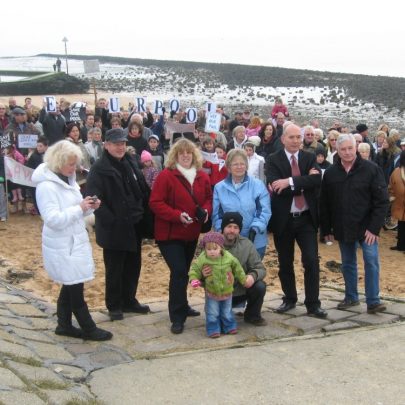 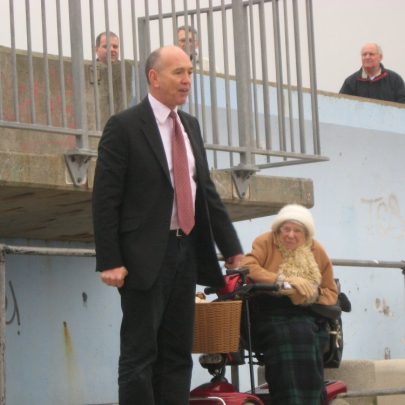 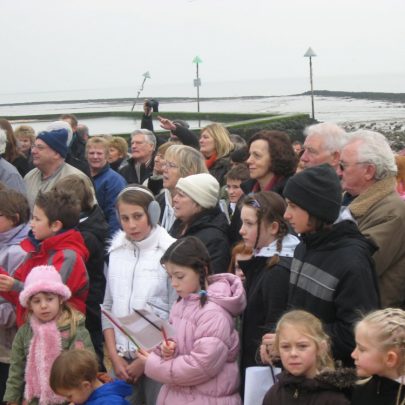 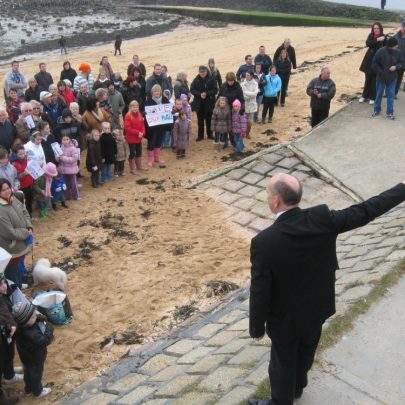 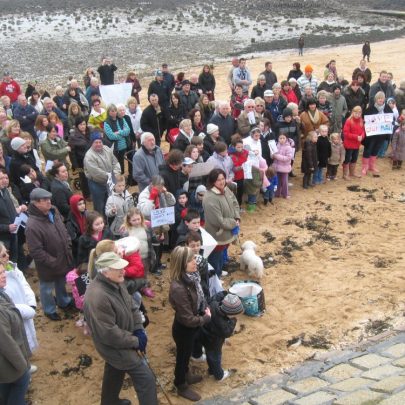 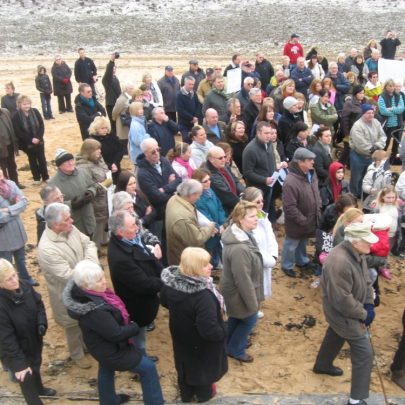 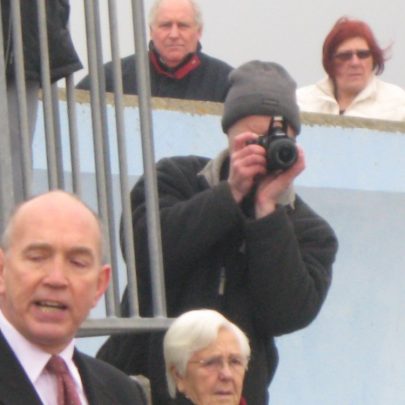 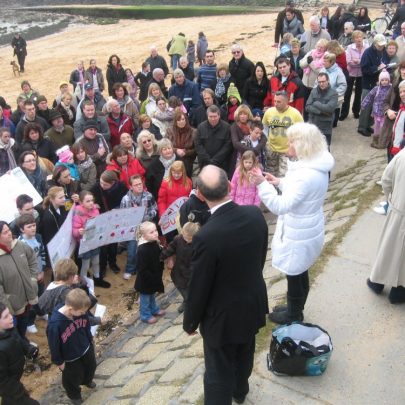