Some memories of Canvey

written for us by Joyce Humphreys

When I first lived with my family on Canvey the Island was really in the pioneer stage, no gas or electricity, or proper sewerage. It was however a lovely place to live regardless. On the beach the sand was clean and fine and big ships were sailing up the estuary. Everyone was friendly, a real spirit of adventure in the sir.

We residents nearly all lived in little rented bungalows with no labour saving devices that today are all taken for granted. Everything was very primitive. The outside lavatories were down the end of the gardens. (We Islanders had a very unsavoury ‘nickname’ for the man who emptied these loos!)

Everyone had large gardens in those early days as the usual method when moving into a bungalow was to ‘peg-out’ ones space all around the property! When in later years loos were gradually built inside our homes many islanders thought this was very unhygienic, where they lived and ate their meals! But of course, my family, being more sophisticated, took the change in our stride as we had been used to ‘proper’ loos in London!

When gas light came to Canvey, that was welcome and later electricity, left us all quite overawed. Mind you we did have a soft spot for the warm glow of our oil lamps, keeping them for emergencies. (Just in case!) And the hurricane lamps were still used in my family to check up on the many outside animals at night. We owned chickens, rabbits (mostly pets) also guinea pigs and one lovely goat – ‘Nellie’. We had great love for all our animals and all were very well cared for. 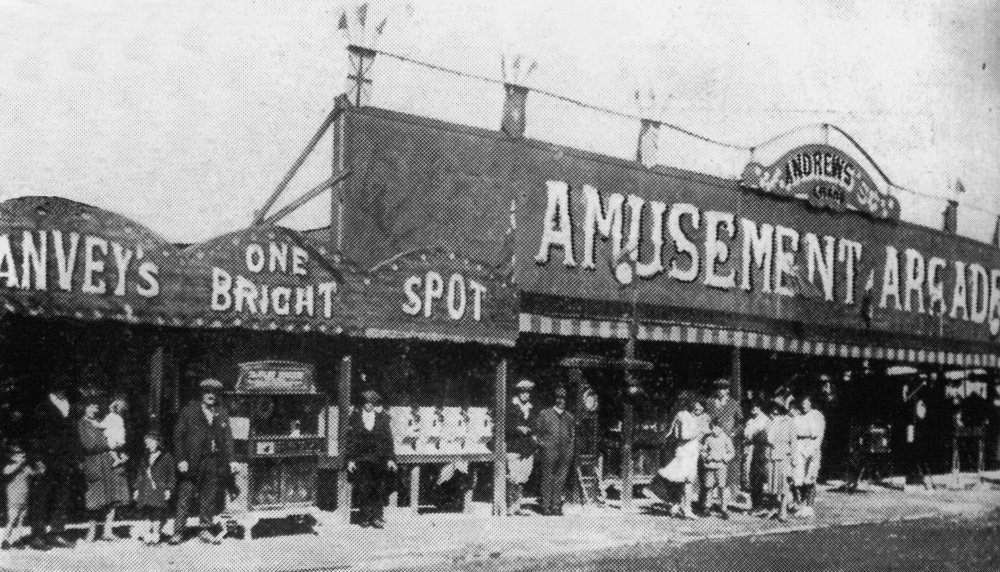 I was lucky as a child to have one brother working at the Casino on the Dodgems and another brother at Andrews fair (owned by Ted Andrews, I went to school with his daughter Mary.) 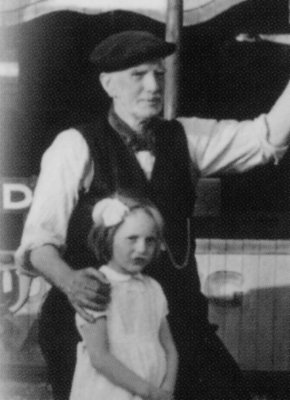 So I was allowed many a free ride, etc!

Then we heard this rather unsteady voice telling us – “Our country is at war with Germany”.

When I was nearly 18 years, I left Canvey to work as a nurse in another part of Essex and later married my husband in 1949. I was then 23 years old and Sandy (my husband) was 29 years older, we were married for 37 years, until he died sadly one year after we retired in 1985. When we were living in a staff house at the hospital I heard on the radio that Canvey Island was flooded after a storm over night, this was the 31st January-1st February 1953. 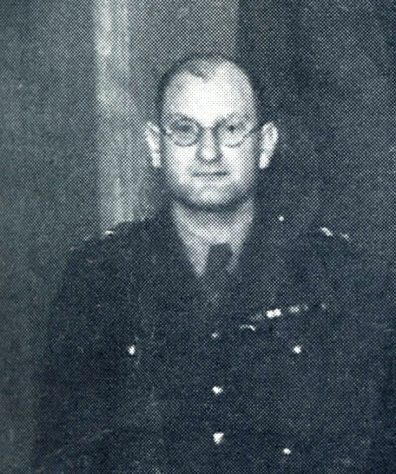 My Mother stayed with us for several months after the floods. As her Labworth Road bungalow was unfit to live in again, her landlord (Mr H Fielder, well known on Canvey) gave her the chance to move to another Canvey property he owned ‘Sea View Court’ flats (once it was the Ozonia Hotel.) The large building was right on the seafront, near the point not far from the pub Jellicoe. Mum moved to the flat, which was very nice, to the top floor with very good views. 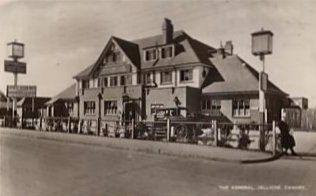 When my two sons were older they really loved that large building, there was only one other tenant at the time! (Later just my mother) The boys used to race up the stairs, as there was a ‘time’ switch for the light on every landing, so the idea was to try and beat the light before it went off! We often stayed with Mum there, it was a large flat and in turn she stayed with us (to be reunited with her cat!) So all was well for several years. As Mum grew frail, the flat was unsuitable, so Mr Fielder once again found a nice little bungalow on Canvey, quite near my sister and her family.

Soon there were none of my family living on Canvey, but we still visited friends there at times. One such friend (Who had been my tiny bridesmaid in the past) was Brenda Wright (married name Williams). Brenda’s family were very well known Canvey residents, on her mothers side were the Theobalds. They were farmers and their land was near the village. Brenda’s Mum, Kath Wright, lived until her 90s a wonderful lady, a great family friend to us.

Kath’s funeral was a very spectacular affair. There was a horse drawn carriage, very grand indeed. Kath and my dear sister, Joan, were also great friends and the three of us used to exchange letters with anagrams enclosed, with pictures drawn and clues to work out, I really miss doing them when both Kath and my sister had died. Brenda’s dad, Bert Wright was also a lovely character, he had been a prisoner of war of the Japanese during the war.

I can remember we hung flags out in the street to welcome him home. Sadly he was a shadow of the man we had known before, but slowly, he did recover much later.