The Protest That Wont Go Away

Islanders turned out- yet again- on Saturday 27th February, to show how strongly they feel about the threat to their seafront paddling pool from Castle Point Borough Council, which wants to knock it down. The ‘Protect Our Pool’ group (‘POP’) set up a stall in the Town Centre at Furtherwick Road, to showcase the situation and spread awareness of what is going on, and attracted a crowd of people.

The Evening Echo newspaper, which had announced on the 26th that it was to take up the campaign against the pool closure itself, sent a photographer who was able to take pictures of all the people milling around the stand. MP Bob Spink was there, as was Conservative candidate Rebecca Harris. There were also a number of Town Councillors who are currently hoping to save the pool, maybe by taking it over. 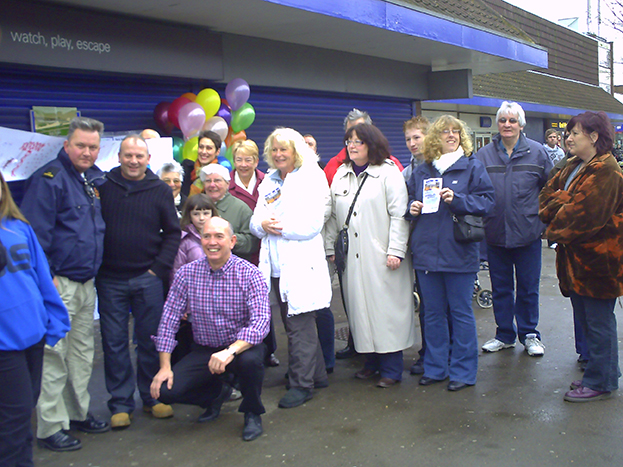 During the rest of the morning there was a steady stream of people coming up to sign the petition that is being gathered. Children were especially keen to sign the special kids petition. One said “We don’t often get asked what we want, so it’s good that someone is asking what we think about the pool being knocked down. I want it to stay, because when the tide is out its the only place to play in the water.” 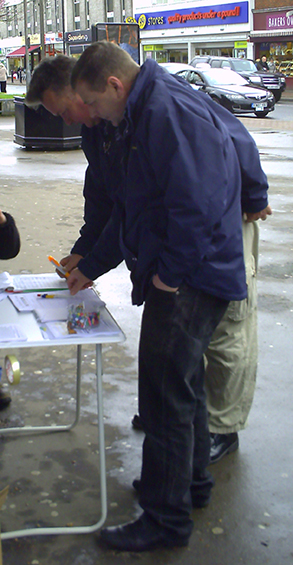 Many of the passers-by were hearing about the demolition plans for the first time, and as members of the ‘Protect Our pool’ group explained the safety implications to the island’s children, their listeners were horrified. “I can’t understand why they’d do this.” said one. “It occurred to me at once that children going out into the sea would be at much greater risk than if they were playing in the pool.”

Mrs. J. Groves said “What is it going to be like if all the kids cram into the smaller pool that will be remaining- they’ll be packed in like sardines on sunny days!” Another lady, who said she had been to all of the meetings and events held so far, said “These mainland councillors are going to have to be shown that us Islanders aren’t going to just shut up and go away.”


Lea Swann, one of the campaign group, said “We’re just hoping the Town Council can show all us residents they are willing to really fight for what Islanders want.”