Adventures of a Stowaway 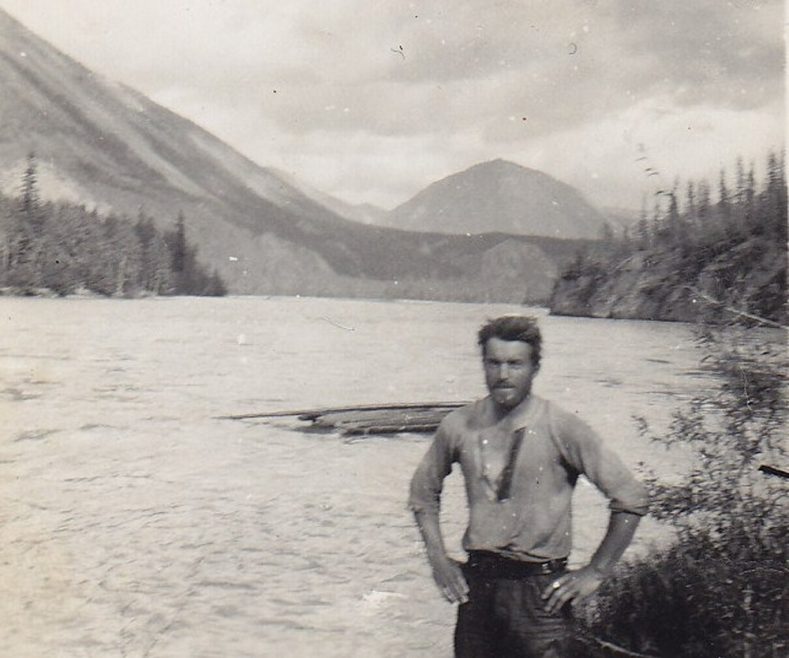 Anthony (Tony) Gregson was born on Canvey Island in 1925, son of Captain Gregson. As can be read on another page about Tony Gregson he was a bit of a chancer. After the war, with the family living in Maldon and looking forward to emigrating to Tasmania, Tony went off on one of his adventures.

This is the newspaper cutting from the Essex Weekly News dated 14th November 1947 sent to us by Leonie Gregson, Tony’s Niece. 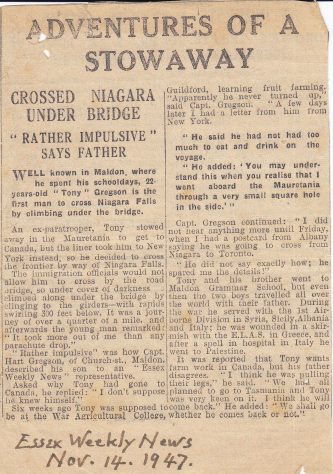 Well known in Maldon where he spent his schooldays, 22-years-old ‘Tony’ Gregson is the first man to cross the Niagara Falls by climbing under the bridge.

An ex-paratrooper, Tony stowed away in the Mauretania to get to Canada, but the liner took him to New York instead, so he decided to cross the frontier by way of the Niagara Falls.

The immigration officers would not allow him to cross by the road bridge, so under cover of darkness he climbed along under the bridge by clinging to the girders – with rapids swirling 300 feet below. It was a journey of over a quarter of a mile and afterwards the young man remarked: “It took more out of me than any parachute drop.”

“Rather impulsive” was how Capt. Hart Gregson, of Church Street, Maldon, described his son to an ‘Essex Weekly News’ representative.

Asked why Tony had gone to Canada, he replied: “I don’t suppose he knew himself.” 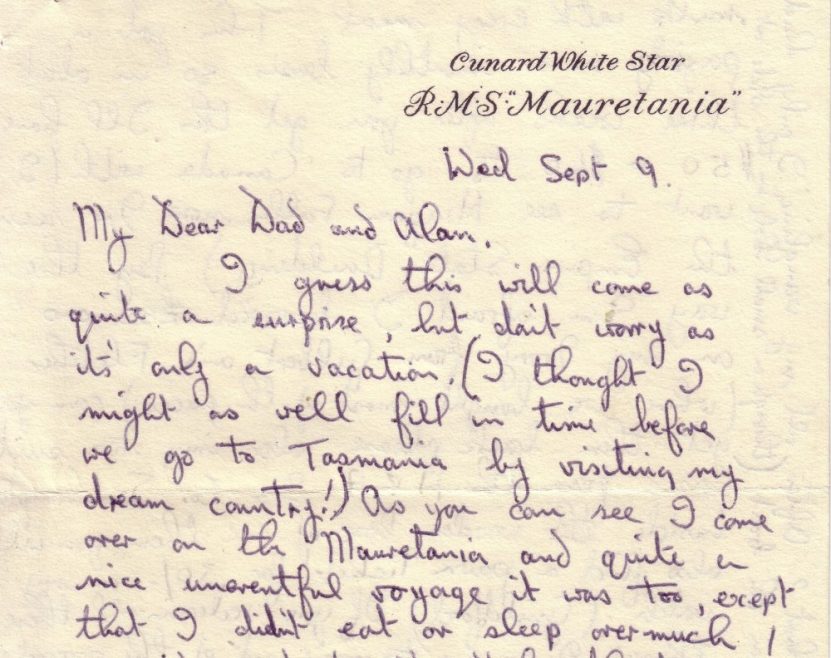 Part of the letter sent by Tony from the Mauretania.

Six weeks ago Tony was supposed to be at the War Agricultural College, Guildford, learning fruit farming. “Apparently he never turned up,” said Capt Gregson. “A few days later I had a letter from him from New York.

“He said he had not had too much to eat and drink on the voyage. “He added: ‘You may understand this when you realise that I went aboard the Mauretania through a very small square hole in the side.’”

Excerpt from Tony’s letter where he implies he stowed away.

Capt Gregson continued: “I did not hear anything more until Friday, when I had a postcard from Albany saying he was going to cross from Niagara to Toronto. He did not say exactly how; he spared me the details!”

Tony and his brother went to Maldon Grammar School, but even then the two boys travelled all over the world with their father. During the war he served with the 1st Airborne Division in Syria, Sicily, Albania and Italy; he was wounded in a skirmish with the ELAS in Greece and after a spell in hospital in Italy he went to Palestine.

It was reported that Tony wants farm work in Canada, but his father disagrees. “I think he was pulling their legs,” he said. “We had all planned to go to Tasmania and Tony was very keen on it. I think he will come back.” He added: “We shall go whether he comes back or not.”